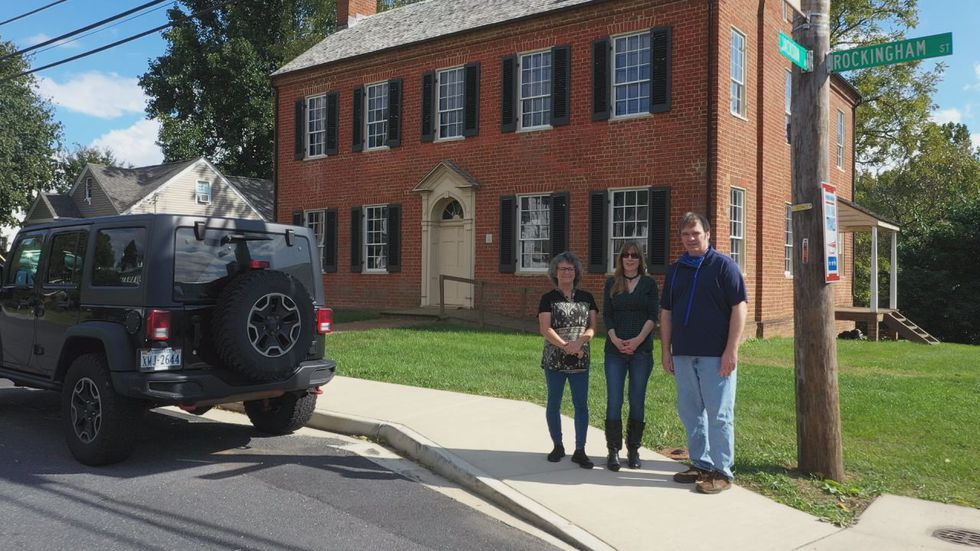 Elkton, Va. (WHSV) — The Miller Kite House Museum in Elkton served as part of the headquarters for General Stonewall Jackson as he began to plan the Shenandoah Valley Campaign.

You can visit the museum on the weekends during the warmer months throughout the year, check out exhibits and possibly encounter some soldiers whose spirits still live inside the museum.

Cherie Breeden serves as the director for the Miller Kite Museum, but is also a part of Lunar Paranormal Virginia, a group of paranormal investigators.

Through experiments and testing, Breeden said they have found two spirits who make their presence well known very often in the museum.

The first spirit is a general who can be found on the second floor of the museum, who they believe may be the ghost of General Stonewall Jackson. The second is a spirit Breeden calls a prankster, because he likes to mess with the team’s equipment.

“There’s the spirit of William Edwin Kite, who was a soldier during the civil war, and his uniform is upfront in the museum in a showcase and he’s one of the most frequent spirits we encounter at the museum,” Breeden said.

Breeden said often times they can hear footsteps pacing in the room near a pair of Kite’s old boots. Kite is also a talkative spirit, as the team of paranormal investigators can ask the spirit questions through a spirit box.

The device the team uses is an old Radio Shack radio modified to pick up frequencies, allowing voices, possibly from the other side, to project through the white noise.

Through tests and experiments the team does frequently throughout the year, Breeden said they can learn more about the history and the spirits.

When WHSV spent time with the paranormal investigators and the spirit box, we were able to ask Kite if he could say goodbye. The box appeared to have said “yes” back.

Lunar Paranormal hosts guests on some nights they do their paranormal testing as a part of their spirit fundraisers. Money from these events are used to continue keeping the museum in its 1800s look condition and help local animal shelters.

The group will be doing an event at the museum on Oct. 9 and at Swananoah Palace later this month. For more information on how to take part, click here.