Home Paranormal News Boooo! Living in a haunted house doesn’t stop after Halloween for some... 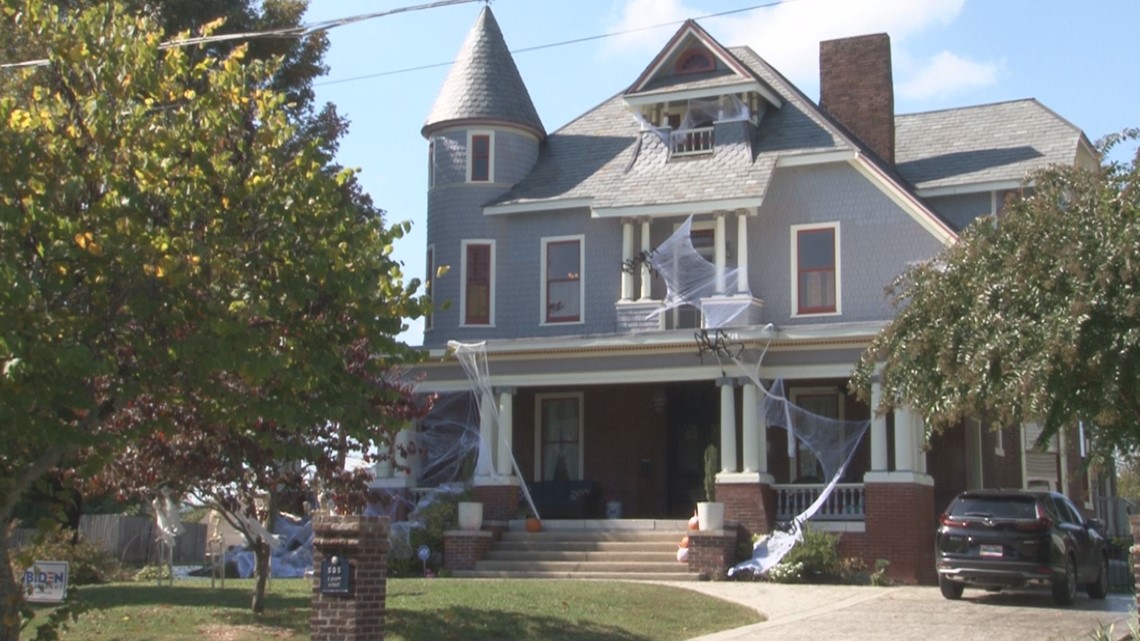 KNOXVILLE, Tenn. — For many living in older homes in North Knoxville, their ghostly roommates don’t go away when October ends. It’s part of their everyday lifestyle.

When people think of a haunted house, they may think of a stereotypical Halloween attraction aimed at scaring anyone who buys a ticket.

Two Knoxville women said they learned how to welcome their live-in apparitions and weren’t surprised by how haunted the city could be.

For Susan Gregg, she had a ghost roommate when she moved into a duplex in the Oakwood-Lincoln Park neighborhood.

Gregg has since moved out of the house she said had a ghost and into one not far away. She said she doesn’t have a ghost in the new home she’s living in now, and she misses it.

“The new home is 100 years old but no ghosts,” Gregg said. “I was a little disappointed. I was hoping I would get another ghost roommate.”

She’s also a paranormal investigator for a group called S.C.O.P.E. She and her team investigated areas like Brushy Mountain and the Bijou Theater. She knows ghosts can show up in different ways.

Chris Dummer-Sutherland knows that feeling all too well.

“We’ll notice cigarette smoke in different areas of the house and it will be really strong, and none of the smoke or allow smoking in our house, so it’s really obvious when it happens,” Dummer-Sutherland said.

That’s not her family’s only ghostly roommate, though. The former owner of the house, who they call Granny Cora, walks around and hides things.

“I figure you know it was her house for a lot longer than it was ours, so as long as she doesn’t do anything mean she can stay,” Dummer-Sutherland said. “I wish she would clean or cook or something.”

Both women said as long as the apparitions are nice to them, they’ll stay kind too.

Both Gregg and Dummer-Sutherland said they weren’t surprised to discover many of their neighbors also have paranormal experiences in their homes. Gregg said Knoxville is a hotbed for haunting.

“It’s actually a pretty haunted town because it’s an older town, we have a lot of history,” Gregg said. “With it being such a heavy town with marble and having the water go right through, it’s kind of like a lightning rod where it makes it more common for us to have spirits.”

Gregg invites anyone who is interested in paranormal investigating, or is even a skeptic, to join S.C.O.P.E. on one of their outings where they try to explore ghostly places in different spaces.