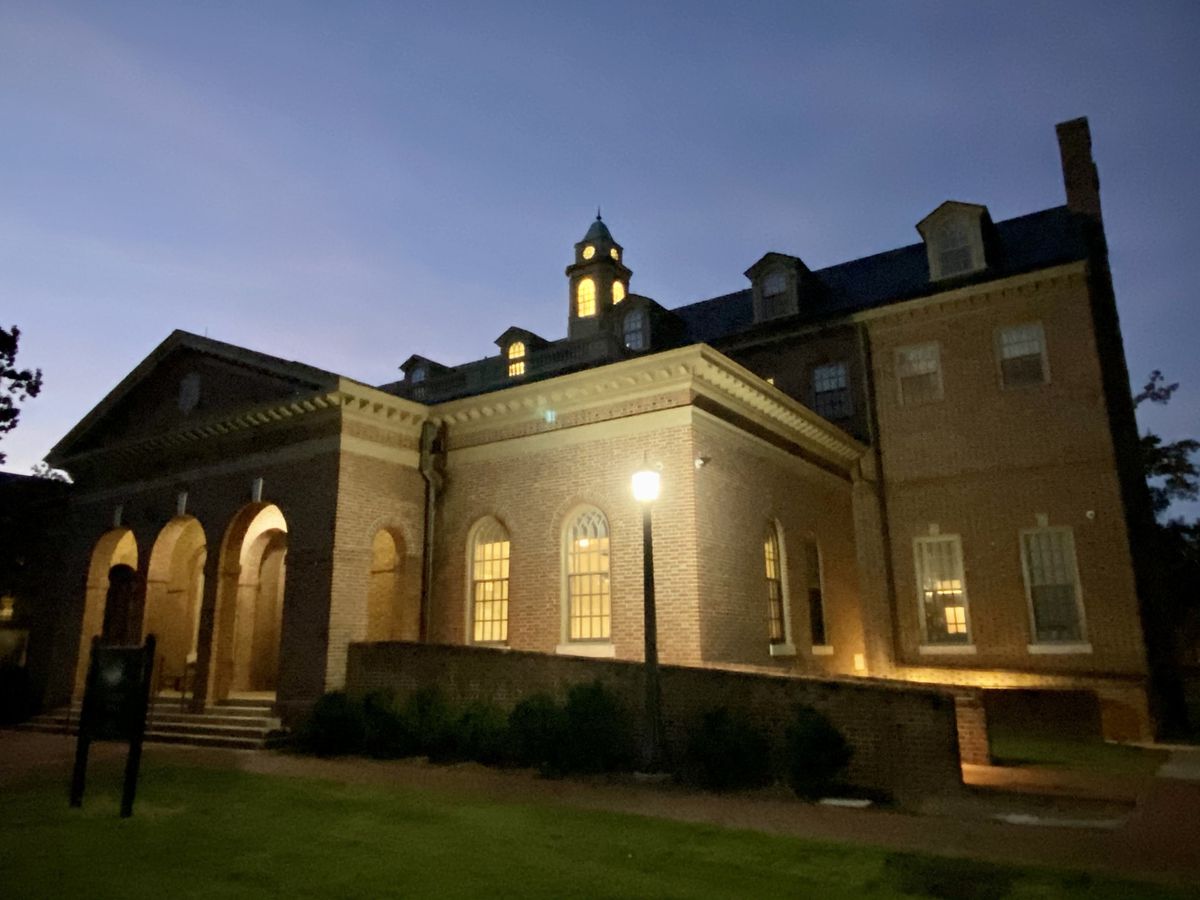 The College of William & Mary is one of the oldest colleges in the country and has deep history in the Williamsburg community, with many stories that date back to its founding in 1693. But Class of 2020 graduate Margot Baden is specifically interested in the ghost stories at her alma mater.

Students at the college have been sharing stories about their paranormal experiences at the Williamsburg campus for many years. These stories have been covered by the Flat Hat, William & Mary’s student newspaper, and discussed among students and alumni.

Baden, 22, didn’t have any notable experiences with the paranormal during her time at William & Mary. But she’s always had a fascination for ghosts, going back to her childhood in Fairfax.

“It’s just something that I’ve been fascinated with for a really long time,” Baden said in a phone interview. “My mom had an experience with a ghost, and she told me abut it when I was very young, so it was always something that I believed in.”

She admitted that she was concerned at first about having run-ins with ghosts when she was accepted to William & Mary, but an older friend of hers who was a student at the time assured her that it wasn’t going to be an everyday part of life.

“The more I looked into it, the more I was fascinated with it, because William & Mary is such an old campus and I think the ghost stories have to do with every part of William & Mary’s history,” she said.

Baden developed a geographic information system for a class project during her senior year called “Hauntings at William and Mary.” It compiles reported paranormal experiences from students and alumni, and links to newspaper articles about the many rumors of ghosts seen on the Williamsburg campus.

“Even if you don’t believe in ghosts, ghost stories are fun, and there are so many (at William & Mary),” Baden said in a phone interview. “I thought it would be good to have a place that consolidated all of them.”

As of Oct. 21, this ongoing project has more than 36 different stories from students that go back over the past several years. These accounts range from ghostly hands knocking on the windows of Washington Hall late at night, to conversations with spirits using a Ouija board on the steps of the Wren Building.

Baden’s map of ghost-filled bullet points show several entries for Tucker Hall. Students have reported dreadful feelings of being watched at night. Others have reported bathroom stall door handles rattling in the mornings when there was no one else there.

One student even reported seeing a woman wearing a long, white dress run past the front left window of Tucker Hall.

“I would say that Tucker is definitely the most infamous area of campus, in terms of its ghostly reputation,” Baden said.

People submit their stories through a Google form online, and their name and graduating year is optional, Baden said. Baden checks for these submissions daily and manually inputs the information into her ghost map.

She hopes that even older alumni start to contribute their personal experiences with the paranormal to her project, and that it continues to grow.

“It would be cool if this became the go-to William & Mary ghost tracker, I guess,” she said.