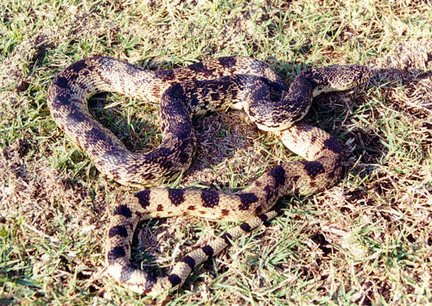 Like the X Files’ fictional FBI agent Fox Mulder, Loren Coleman believes the truth is out there.

To take it a step further, Coleman, one of the leading cryptozoologists working today, also believes “we have some unknown species that are still out there.”

Cryptozoology is the study of hidden animals, including bigfoot, mystery cats, the Loch Ness monster and hundreds of others, known as cryptids, around the world.

Coleman said the search for those hidden creatures imbues his existence with “fire.” He explained, “The world is an exciting place and it would be pretty boring to think that we know everything.”

Coleman noted that the mountain gorilla of Africa, discovered only in 1902, is “a bigfoot of the past,” previously described as a ferocious man-killer, but now documented as a relatively gentle member of the Great Ape family.

And, he believes, the next “bigfoot” to be documented out of the realm of cryptozoology and into the biology textbooks will be the orang pendek, which has been described by various travelers and residents in Indonesia as a small, forest-dwelling version of bigfoot.

Culminating a well-funded, consistently staffed and heavily science-based search of at least 20 years, he expects that documentation “will shake up the anthropology world and give new hope” to bigfoot searchers worldwide.

In contrast, most investigations of bigfoot sightings in North America are little more than “mini-expeditions,” close to a weekend or weeklong camping trip than a focused search of two decades or longer.

“That’s not the way you are going to find these animals,” said Coleman./p
Nevertheless, he expects new species to continue to be documented, including many in North America, and maybe some in Pennsylvania.

As an indication of the possibilities, Coleman points to the woodland bison, a distinct subspecies of the American bison once thought to be extinct since the early 20th century that escaped detection in an isolated area of Alberta, Canada, until 1960.

Woodland bison are generally accepted to have been eliminated from Pennsylvania hundreds of years ago, but several bigfoot sightings are reported in the state each year. And, the cryptids generating the most reports in the state – dozens of reported sightings each year – are mountain lions and mystery cats.

Chad Arment, who runs Coachwhip Publications, a Lancaster County publishing company producing cryptozoology and other books by Arment and others, doesn’t consider the eastern mountain lion to be a cryptid, because it’s a recognized species that may or may not be extinct.

“More cryptozoological would be the black panther stories,” of which there are many in Pennsylvania, he said, noting reports of a long-tailed, bobcat-like feline in Pennsylvania that has not be named in the scientific literature. At one time, he said, someone apparently even had a taxidermy specimen of one of the cats.

Arment, however, is more interested in the historical or scientific basis for cryptozoology, which he defines as “a manner of investigating stories, whether or not there’s anything to them, and if there’s something to them, what’s behind them.”

And, in the field, he explained, “my interests go into the lesser known mystery animals,” like the Broadtop serpents, which are said to be giant snakes in an area of Bedford and Fayette counties.

He said the best evidence for the existence of any cryptid species he’s come across was a report from a women who claimed to have seen one of the giant snakes along a country road in the Broadtop area.

“I don’t like the idea of speculation without having an actual body or other physical evidence,” Arment commented, but noted there is a genus of large pine snakes that today is found in isolated pockets across the country, and their overall range more than likely once included Pennsylvania. Maybe there’s a pocket in the Broadtop area.

That would be just fine with Jerry Feaser, press secretary for the Pennsylvania Game Commission and one of the agency’s primary people for responding to reports of cryptids. Reptiles, such as snakes, are the responsibility of the Pennsylvania Fish and Boat Commission.

However, most cryptid reports in Pennsylvania concern mammals or birds, and those kingdoms of animals fall squarely to the Game Commission.

Based on his experience in fielding reports of unusual sightings, Feaser said, “most of the crypto stuff is directly attributable to irresponsible pet owners, particularly exotic pet owners.”

And, in addition to bigfoot and mountain lions, those reports include “not only creatures that once existed in Pennsylvania,” he explained. “But, we’re also seeing things that never existed here,” like alligators, wallabies and binturongs.

One of the commission’s wildlife conservation officers recently recovered a binturong, which is native to Southeast Asia and also known as a bearcat, from the porch of a Beaver County home. The animal was determined to have escaped from a local man, who had illegally kept it as an exotic pet.

“Most of these reports have logical explanations. It’s not like you have binturongs running around Pennsylvania. Someone illegally possessed it” before it escaped or was released and subsequently spotted in the wild.

Feaser added that completely legal, “alternative livestock,” such as ostrich, emu, llama, alpaca, that escaped from fenced-in areas also account for some reports of cryptozoological sightings.

Coleman – the author of 17 books and hundreds of articles of cryptozoology, creator and teacher of the first college-credit course in cryptozoology in 1989, and consultant to major television and movie productions in the field – agrees somewhat.

Said the man who in 2003 founded the International Cryptozoology Museum in Portland, Maine, “Of 100 reports, 80 are misidentifications, mistakes and mundane animals. Of those 80, one is a prank or a hoax.

But the media love to talk about those hoaxes. They think it’s cool to have a bigfoot story and put a cap on the end of it that labels it a hoax. However, maybe 20 of the cases are worth going for and investigating.”

Check back all day today. This is the third article in a four-part package about unexplained creatures roaming the wilds of Pennsylvania.