The Skunk Ape, or Florida’s Bigfoot, is an animal that may or may not be real.

Do you think the Skunk Ape exists?

It walks on two legs and has reddish-black hair, but there’s no scientific evidence it exists — at least yet.

These kids had a chance to decide for themselves. They studied a plaster rendering of a Skunk Ape foot, which has four toes, and learned about cryptozoologists. Those are scientists who aim to prove the existence of animals of myth or legend — by collecting evidence.

This was a part of the Paranormal Florida Series presented by the library.

“I’d smack him,” 5-year-old Kaci Hull said if she ever saw a skunk ape.

Roshan Sojan, 9, said he would run for his life.

Here’s some stink on the Skunk Ape. You can decide if he’s fact or fiction.

One pleasant afternoon for a couple quickly turned to horror as they encountered what they thought was a Skunk Ape.

The couple was out rollerblading one January afternoon in the early 2000s when they saw what at first they thought was a large dog on all fours. The animal was digging in the dirt.

“We should have brought a lead to see if someone lost a dog,” the witness said to his wife, according to a report from the Bigfoot Field Researchers Organization. “I would hate to see it get hit.”

As they approached what they thought was a lost dog, the “dog” lifted its head and stared at the couple for a few seconds before it started running toward them.

“It chased after us … (the animal) seemed to float,” the witness wrote, as he and his wife skated away.

About a year later, the witness was jogging near the same area where he noticed a large, dark red blood stain in the road. There was a dead animal smell lingering in the area, according to the report.

“They smell really, really, really bad,” Diff said. “In all of the reports, the first thing people notice is a really bad odor that smells like a skunk, or some say a really wet dog … rotting meat.”

After investigating the area, he found a kill — mangled domesticated Irish wolfhound hidden in the brush. The witness then heard an “unusual chattering” he described as an unknown language with weird pitch changes.

Upon further investigation, the witness described the sounds to be almost identical to a BFRO recording of an animal in the Sierra Nevada Mountains in California.

This is only one of the six reports in Charlotte County submitted to the BFRO. There have been 325 Skunk Ape sightings total in Florida, with eight in Sarasota County. DeSoto County has had no reported sightings.

“I believe that weird creatures live in the woods,” Diff said. “There are more reports closer to the Everglades.”

The earliest report in Charlotte County was in 1962 in Quednau Ranch.

Some of the most prominent evidence of the Skunk Ape is four-toed footprints.

And though there is no concrete proof (yet), “it is important to bear in mind that absence of evidence is not evidence of absence,” researcher Bryan Sykes wrote in his study identifying hairs first believed to belong to Bigfoot.

To the National Park Service, and many other officials, the Skunk Ape is no more than “(one of) Florida’s best known myths and legends.”

Though there are reports of sightings and collections of footprints, none of this has been proven true with scientific evidence.

“Some people think it’s an escaped ape or an extinct type of ape,” Diff said. “There are sightings of (the Skunk Ape that) have been reported … but we do not have actual evidence that it exists.”

“Our deputies are always ready to respond to the frequent and sometimes unique calls we receive related to Florida wildlife,” said Katie Heck, a spokesperson for the Charlotte County Sheriff’s Office. “We encourage anyone who witnesses a suspicious incident or activity in their neighborhood to report it to law enforcement immediately.”

One theory is that most Skunk Ape sightings are bears or misidentified wildlife, according to Joe Nickell, a senior research fellow of the Committee for Skeptical Inquiry and a paranormal investigator.

The two have similar habitats, behaviors, and putrid smell due to scavenging on dead animals and rummaging in garbage bins. The bear also has a “remarkably human-like” hind footprint.

In 2014, Institute of Human Genetics researcher Bryan Sykes published the identity of 30 hair samples, some believed to have belonged from Bigfoot. However, his team did not find evidence of the mythical creature, with 18 Sasquatch samples belonging to raccoons, sheep, black bears, porcupine, horses, canids, deer and cows.

“Advocates in the cryptozoology community have more work to do in order to produce convincing evidence for anomalous primates,” Sykes wrote, with his study setting a “rigorous standard” for judging future claims.

If the Skunk Ape isn’t real, though, it still plays an important role for Florida.

“These legends make up our culture,” Diff said. 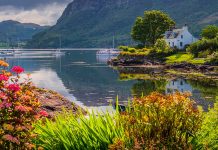 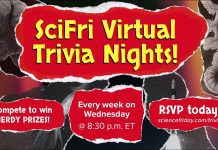