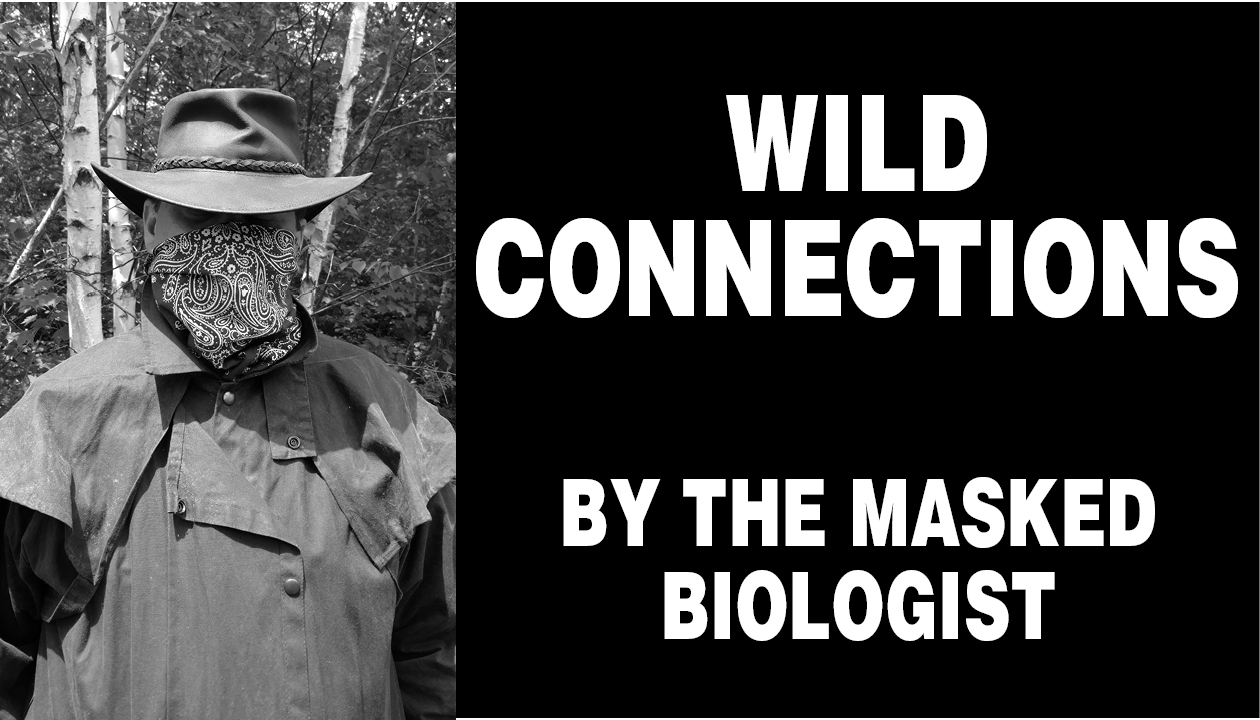 BY THE MASKED BIOLOGIST
Special to the Star Journal

“Cryptozoologists pursue creatures of myth and legend, including man-apes, the Loch Ness monster, mermaids, even leprechauns.”

First, some terminology. Bigfoot was a name created by a newspaper reporter over 50 years ago because of some mysterious prints left in the mud on a logging job in northern California. Sasquatch is another term for the same creature, poorly translated from a word that in First Nations language basically means something like wild man. So, if I use bigfoot or sasquatch interchangeably, it is because it is.

Who are the “experts?” Cryptozoologists. According to Merriam-Webster dictionary, cryptozoology is the study of and search for animals and especially legendary animals (such as sasquatch) usually in order to evaluate the possibility of their existence. So, cryptozoologists pursue creatures of myth and legend, including man-apes, the Loch Ness monster, mermaids, even leprechauns. They take their pursuits very seriously and apply significant knowledge and effort to their craft.

Generally scientists agree sasquatch is a large ape-like creature that walks more or less upright on two feet; when standing erect it is described as being 7-8 feet tall. Its body is covered with long hair, usually reddish or brownish. It usually inhabits densely forested areas, and is active at night. It is generally solitary, although the young travel with their mother. It stacks long sticks or poles in a leaning “X” or tee-pee shape, possibly to help it remember important locations (food, water, cover) or mark territory. It communicates through knocking on trees or by clacking stones together, as well as using some howling or whooping vocalizations. It is generally omnivorous, eating plants, nuts, berries, insects, small animals, fish, mollusks, crayfish and the like. It does not hibernate in the winter, although it does alter its activity somewhat.

There are some challenges to the notion of the existence of this creature, at least in Wisconsin. For example, most of our forested areas are routinely travelled by people; you would think someone would have come across a portion of a skeleton or remains. Firsthand accounts of encounters or observations are very rare, yet many people believe this creature exists, here in Wisconsin, and roams the Northwoods at night. When you consider how many digital infrared trail cameras are in the woods, and most people now have cameras on them at all times, clear digital photos should be readily available.

One could refute these challenges easily too. Think about all the creatures we have in Wisconsin that you have never personally seen. Carcasses? I can tell you from experience that our effective scavengers can dismantle and spread every last bit of a bear carcass in less than two weeks. And photos? I routinely view photos from people that have ordinary creatures in extraordinary poses that make them difficult to identify.

So, do we have sasquatch in Wisconsin? I am not going to answer that one for you; my opinion is my own to hold. I have seen and heard things I cannot explain, especially in the woods at night. I have never seen a sasquatch, nor have I seen conclusive evidence of the existence of sasquatch. I also don’t have conclusive evidence they do not exist. I leave you to examine known facts and challenge your imagination to decide for yourself.

The Masked Biologist earned a Bachelor of Science degree from a university with a highly regarded wildlife biology program. His work in natural resource agencies across the country provided opportunities to gain experience with a variety of common and rare fish, plant and wildlife species. Follow The Masked Biologist on Facebook. Email questions to MaskedBiologist@charter.net.