Cryptozoology is a strange art form, it’s the study of fictional creatures, but it occasionally comes true.

The Loch Ness Monster, the Yeti, Bigfoot, the Bunyip and other fantastical creatures have an enormous pull on our imaginations. Unknown and unknowable, legends have grown around these beasts, and no matter that we live in this advanced technological age, we’re gripped with fascination if someone claims to have evidence of the existence of the Abominable Snowman or Nessie. We inspect the grainy photographs, the blurry videos with almost religious zeal and even while our conscious brains are seething with healthy scepticism, there’s a tiny part of us nodding furiously, muttering “I knew it!”, sotto voce.

There is a field of study dedicated to proving the existence of such unusual creatures – cryptozoology. The word “crypto” means hidden or secret, and zoology of course is the scientific study of animals, so cryptozoology is the study of unknown animals. Such animals are known as “cryptids” – creatures in whose existence many believe but for which there is no scientific evidence.

Have you ever heard of the Mongolian Death Worm? According to cryptozoologists, this denizen of the Gobi Desert resembles a cow’s intestine; it can grow to around 1.5 metres long and kill a camel with its saliva. To this day, Mongolian people have a strong and abiding fear of the Death Worm and even though no one has ever actually seen one, they take extra care during June and July, said to be the worm’s most active months.

In parts of Mexico and Central America, many farmers fear the chupacabra, a reptilian animal roughly a metre or so high, covered in scales and spines. Its name translates to “goat-sucker” based on its propensity to drink the blood of goats, sheep and other livestock. Although scientists have explained the phenomenon – coyotes infected with scabies parasites – there’s still a core group of believers in this fearsome predator.

Also on The Big Smoke

Then there’s the Mothman of Chicago, “a large, black, bat-like being with glowing red eyes”, a “gothic gargoyle” flying across the city. Perhaps it is indeed a frightening cryptid or perhaps a being from outer space; or more likely a crane with a red light at the top. One psychologist put the 50 or more sightings down to our brains being very responsive to suggestion, so a few reports of the huge flying creature led others to believe they’d seen it too. I suppose if you can have a Batman, you can have a Mothman.

To be fair, cryptozoology not only covers creatures like Sasquatch and the Bunyip; cryptozoologists are also on the lookout for new and undiscovered species of animals as well as animals that are now extinct like the thylacine and woolly mammoths. They believe that certain animals declared by science to have been wiped out actually managed to survive extinction and have been hiding away in plain sight waiting to be rediscovered. As well as giant feral cats, there have been sightings of thylacines on mainland Australia and Javan tigers in Indonesia. We can take those reports with a grain of salt.

Yet the existence of giant squids was once the stuff of seafaring folklore, sailors’ reports of these massive terrifying monsters dismissed as tall tales. These were cryptids of the aquatic world and mysterious carcasses washed up on beaches only served to fuel the legends. Nowadays, we know that giant squids actually do exist – some have been measured at 18 metres long – but it’s only been in recent times that scientists have learned something about these remarkable animals.

The coelacanth, a large ancient fish, was thought to have died out 65 million years ago but one was discovered in 1938 in South African waters. Native folklore accounted for the creature, but scientists didn’t take such stories into account. Yet science ultimately proved the existence of these “living fossils”. Interestingly, when coelacanths were found in Indonesian waters in the late 1990s, researchers recognised that local folklore could possibly shed some light on these prehistoric fish, so the field of cryptozoology – with its openness to truth in traditional stories – was helpful in locating the areas the fish inhabited.

Cryptozoologists attempt to record all eye-witness accounts and personal experiences that people have with cryptids, so you can read about black panther sightings in Britain, moa sightings in New Zealand (usually emus masquerading as the extinct birds) and various amphibious humanoids from all over the place. They try to rule out episodes that may be hoaxes, but the truth is that cryptozoology is not a science, no matter how scientific the word sounds. It does not rely on scientific method or research, rather it depends on folk stories, historical sightings, oral tradition and popular culture.

There’s an international cryptozoology museum in Maine, USA housing all kinds of exhibits. Their mission statement says that cryptozoology is a “gateway science” because it inspires people to find out more about the mysteries of the animal kingdom, and that’s not a bad way of looking at it, even taking into account the free use of the word “science”.

Cryptozoology is definitely not science. Looking for giant spiders and the Loch Ness monster is decidedly a waste of time, but having our curiosity piqued is a positive thing. So perhaps keep an open mind. Who knows, maybe you’ll be the first to spot a Yowie or prove the existence of selkies. The siren song of the unknown – it’s very alluring. 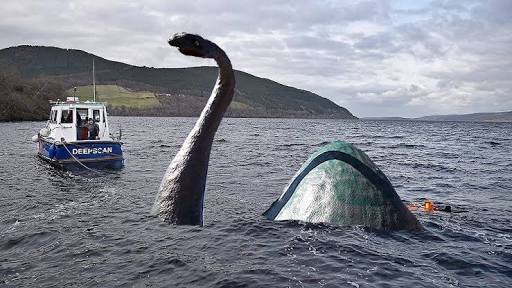