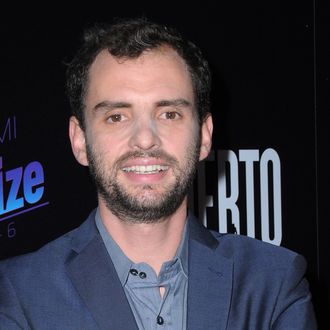 Sasquatch had its Harry and the Hendersons, and the Loch Ness Monster got The Water Horse: Legend of the Deep, so it was only a matter of time before some hot new cryptid received the family film treatment. According to Deadline, Gravity co-screenwriter Jonas Cuarón will write and direct an as-yet untitled feature for Netflix about the legendary livestock-sipping monster, based off a script by Marcus Rinehart, Sean Kennedy Moore, and Joe Barnathan. The chupacabra first entered the collective consciousness in the mid-’90s, following sightings in Puerto Rico.

Despite what goats the world over might think about the creature, Cuarón’s film reportedly paints the chupacabra in a kinder, gentler light. Per Deadline, the movie follows a teenager named Alex, “who, while visiting his family in Mexico, gains an unlikely companion when he discovers a young chupacabra hiding in his grandpa’s shed. In order to save the mythical creature, Alex and his cousins must embark on the adventure of a lifetime.” Don’t worry, Mothman. Your time will come, eventually.