Home Cryptozoology News Halloween Might Be Canceled This Year. Don’t Tell That to Mike Bennett.... 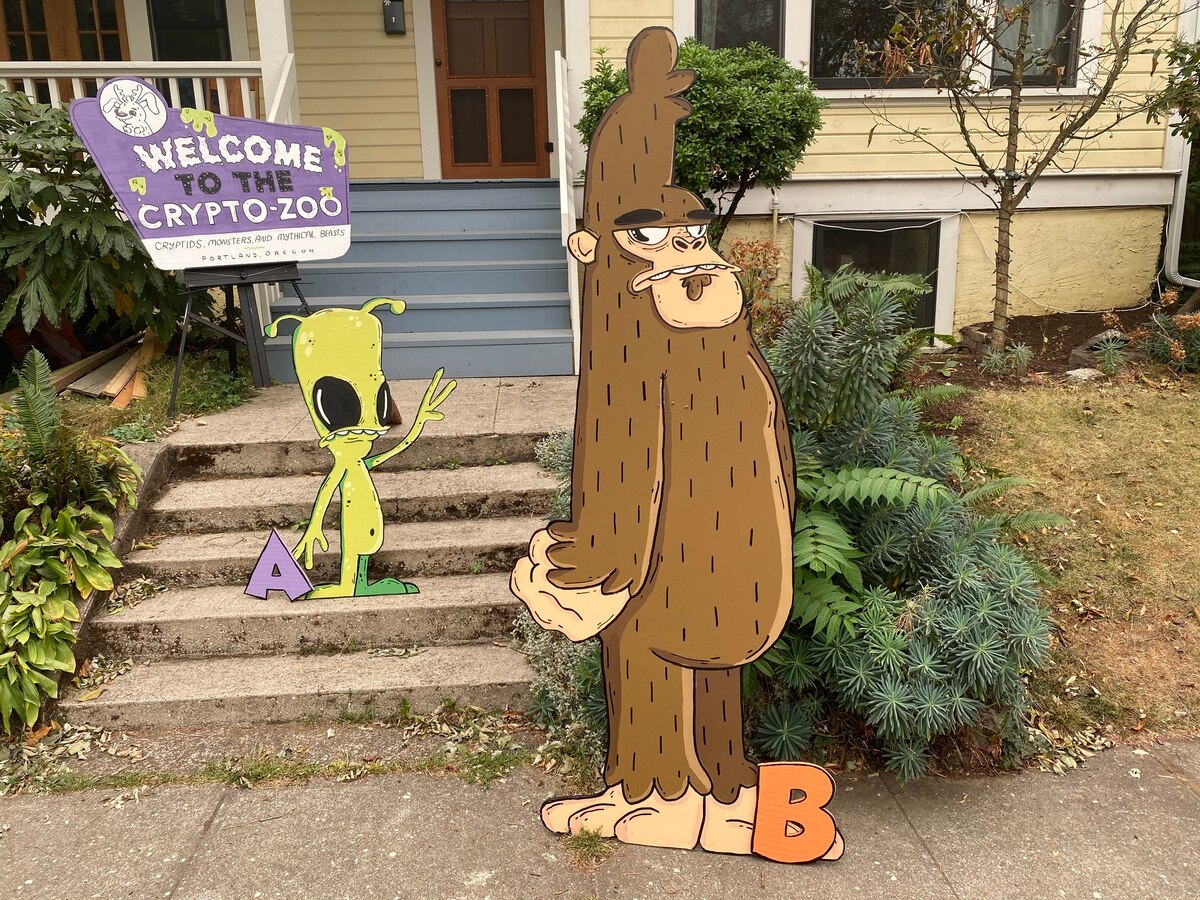 WW presents “Distant Voices,” a daily video interview for the era of social distancing. Our reporters are asking Portlanders what they’re doing during quarantine.

Earlier in quarantine, the Portland artist gave bored families a reason to go outside when he built a zoo on his front yard in the Alberta Arts District. It didn’t contain any real animals, but rather 26 plywood cutouts, illustrated in his signature cartoon style, one for each letter of the alphabet. He called it A to Zoo, and followed it up with a similar display, this one focused on dinosaurs.

Now, he’s going in a more seasonally appropriate direction: With the Crypto Zoo, Bennett will roll out one new folkloric beast every day for the next month, ranging from Bigfoot to the jackalope to the Frogman of Loveland, Ohio.

Related: The Pacific Northwest Is Crawling With Cryptids, and Not Just Bigfoot. Here’s How to Dress Like One of Oregon’s Other Monsters for Halloween.

“I’ve always been into cryptozoology,” he says. “I grew up with Gremlins and these kid-friendly horror films, and I think that pulls you into it.”

But Bennett—who first went viral on Portland social media in 2019 when he hid cutouts around town and created a citywide scavenger hunt—doesn’t just want to entertain. As a former preschool teacher, education is always part of the deal: By focusing on regional creatures, he hopes to give young’uns a sneaky geography lesson.

But really, his main objective is to keep the spirit of monster season alive in a year when trick-or-treating might have to be canceled.

Bennett talked to WW about his favorite cryptids, which range from the obvious—of course Sasquatch is in there—to the more obscure. Just wait until you hear about the squonk.