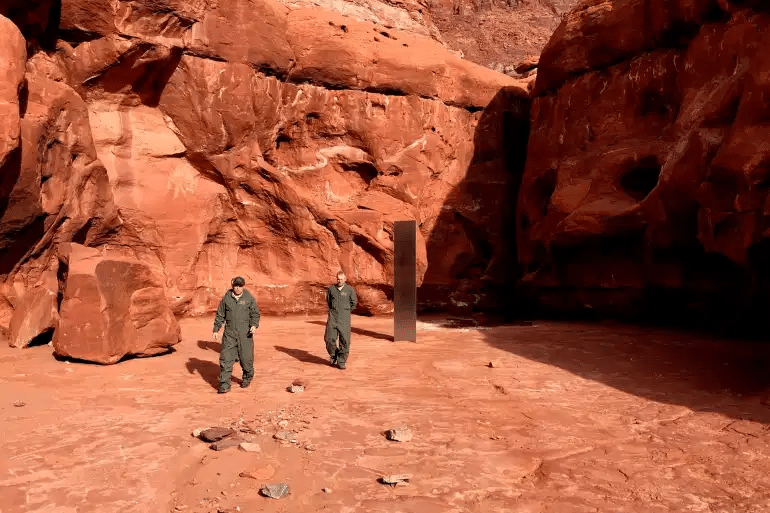 The discovery of a mysterious metal obelisk in the remote western United States desert has fired up the imaginations of conspiracy theorists, UFO enthusiasts, and fans of film director Stanley Kubrick worldwide.

The triangular pillar, which shines and protrudes around 3.6 metres (12 feet) from the red rocks south of Utah, was spotted by baffled local officials from the air while counting bighorn sheep.

Utah Department of Public Safety crew members landed to investigate and spotted a metal monolith installed in the ground. However, no clear indication of who might have installed the monolith there.

In a press release, the agency warned that it’s not legal to install structures or even art without authorisation on federally handled public lands, no matter where you come from.

News of the discovery quickly made the rounds online and even picked up by mainstream media in different parts of the world. Several online comments noting the object’s similarity with mysterious alien monoliths that spark giant leaps in human progress in Stanley Kubrick’s 1968 epic science fiction film ‘2001: A Space Odyssey’. The film depicts an alien monolith as a recurring symbol that appears to play a significant role in man’s evolution from the apes.

The Utah object’s origin is still unknown, and officials are refusing to disclose the strange object’s specific location out of fear that hordes of curious people would flock to the remote wilderness. However, many are trying to geo-locate the obelisk using surrounding rock formations.

Pilot Bret Hutchings, who happened to fly over the obelisk, admitted it was the strangest thing he has come across out there in all his years of flying. 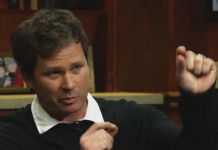