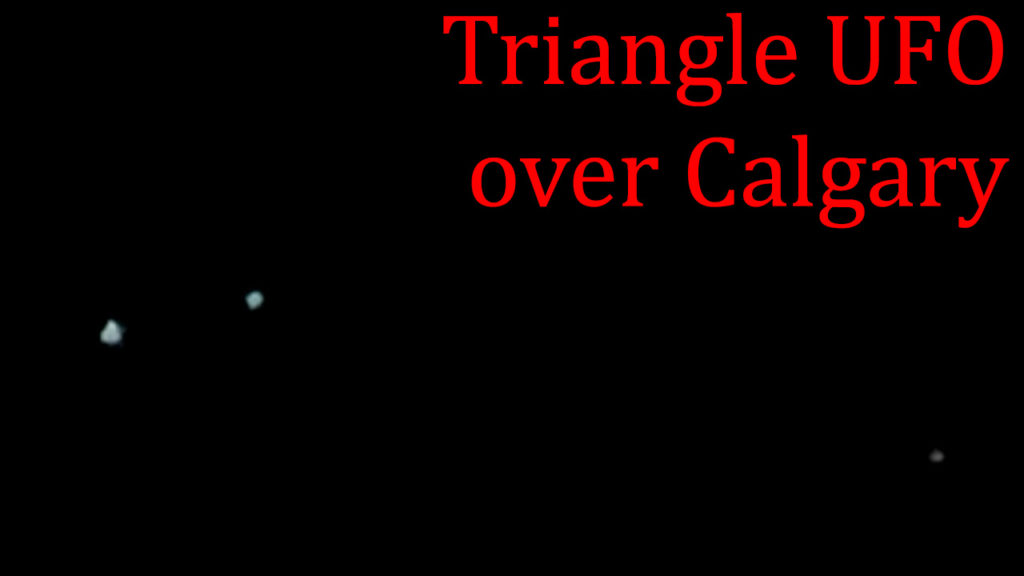 Check out this triangular-shaped formation of UFOs hovering in the night sky above Calgary, Canada on 18th November 2020.

Witness report: A distant onrage-red object in the sky appeared to be sitting 80 degrees in the atmosphere, moving very slowly toward the west direction.

At 2:50 am, there was a bright light in the night sky. After viewing the object for a few moments, I noticed it was orange in color – and maybe every fifteen seconds a red signal began beeping on one side of it.

The object was not on any sort of path projectory, looked like it was floating at its elevation level. It was not close enough to make out a shape, however I could tell it was an object because of the red signal. The bright light was and consistently stayed mostly orange.

I decided to film the light with my smartphone and began examining the object for an hour and 5 minutes. In the time period, it moved further and closer to the west than its original position. It was a moonless-mostly clear sky, except for some clouds overhead.

When I viewed the object in camera, I noticed when zoomed in, the object looked diamond-shaped with an elongated bottom, with steam emitting from each side. The light was not glowing consistently.

Another mystery in my video footage is another object which appears, similar behavior but smaller in size. The object appears at 3:24 am, thirty four minutes after filming the first object.

At 3:25 am, the secondary objects appears to get brighter
3:34 am, the object is at a new position, maybe dropping elevation and altitude, behind the first object.
3:35 am, the object can be seen on its flight path, but its moving rate is nearly unnoticeable.
3:36 am, the two objects are in noticeable view, the first object looked like a cooler temperature and the second object a warmer temperature, appearing very active.
3:38 am, the two objects appear to be hovering in place.
3:41 am, the second-moving object disappears and is gone.
3:47 am, took one final video of the sky, with a single object continuing its hover on the edges of the city limits, but distant is too far to gather more video.
3:55 I end my investigation and go to sleep.

*Note, the second object was only noticed after review of the videos.