Home Cryptozoology News Can You Believe It?! – The New York Times 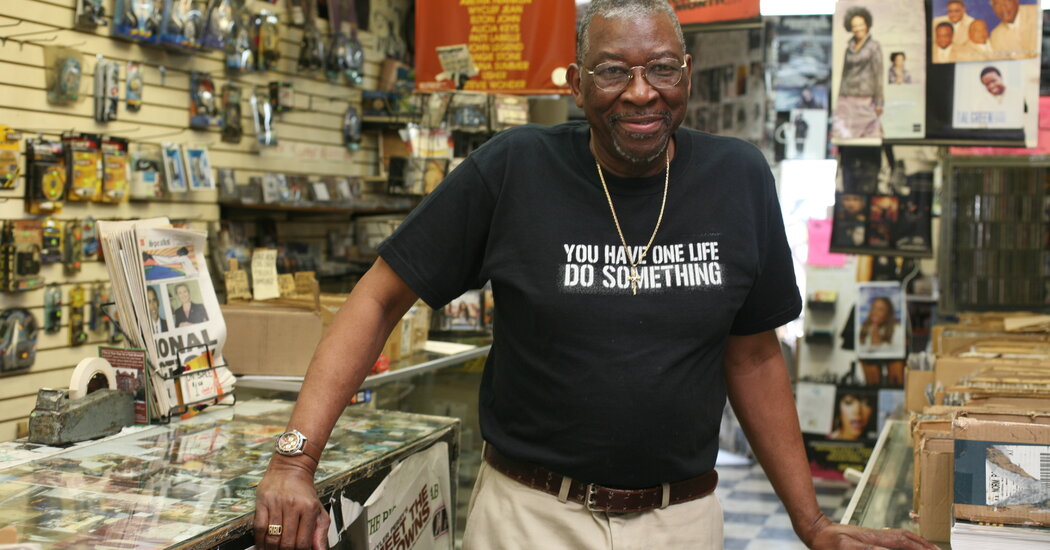 FRIDAY PUZZLE — Well, this is one slick puzzle, I thought to myself as I waded through an increasingly fast-moving river of puns. This Patti Varol character seems to know what she’s doing, notwithstanding the able and amiable influence of Doug Peterson. In fact, Ms. Varol is a veteran of the puzzle world, a prolific constructor and editor who presented the “Women of Letters” puzzle pack a couple of years ago, and who is often thanked in other constructors’ notes in this very column. Please read this particular column’s notes, by the way — they’re further evidence of this pair’s good cruciverbal chemistry.

There’s a lot of music in this grid, a lot of female luminaries represented, and some of that quirky humor that sneaks up on you (and taps you on one shoulder and disappears in the other direction).

It’s not a Natick, which requires one insolvable square, but I went with “Fagan” and “Neil,” going 0 for 2 on Donald FAGEN and NEAL Stephenson. I also liked “flops” instead of PLOPS, which kept me invested in “daffy” instead of CAMPY for a while, which did make figuring out 1-Across sweeter. (The constructors’ original clue for this is hilarious.)

1A: I can’t help picturing a grizzled old rustler of dogies by the fire, reminiscing on his years as a CATTLE THIEF (or hers, I suppose). I also imagine burger-bound steers getting rustled off to freedom in some verdant hidden valley, which is extremely unrealistic.

12A: This is the first of those little shoulder taps that spun me around. A lot of beliefs have a lot in common: monotheism, Judaism, Buddhism, erm, nihilism … I could go on with the ISMs for days.

29A: I did not know that FANDANGO — one of those companies that once came to mind quickly, and presumably will again — was behind Rotten Tomatoes (movie reviews by regular viewers). The experience of being packed into a movie theater is really one I never thought I’d miss, but here we are!

37A: If you’re in the Northern Hemisphere, months “6-9,” or June-September, technically include all of SUMMER. Another sneaky one for me that might have been instant and plain to see for some — “File extensions,” right below this, which are analog: TABS.

53A: The debut of (all of) GRETA GERWIG, with a nice reminder of “Lady Bird” and “Little Women” (99 percent and 95 percent approval on Rotten Tomatoes, respectively). Stacking Greta on NATALIE COLE is terrific, too.

7D: It’s been over 20 years since we’ve seen THE CONGO in the puzzle (I know, I know, it’s the THE). Any avid cryptozoologist dreams of this mysterious waterway and its resident dinosaur, Mokele Mbembe. I think they’re pretty close to proving this one!

23D: No doubt everyone here is “om”-ing away by now and has no problem thinking of a MANTRA. Mine is “Mokele Mbembe,” coincidentally.

47D: One last tap! Unless this was obvious to everyone: A “wooden leg” can be an old prosthetic, but it’s also a STILT. These might come in handy on your dinosaur expedition!

Patti: I’ve been waiting a long time for a New York Times byline, and I love that it’s on a collaboration with Doug — even though this is our first NYT together, it is the ninth themeless we’ve co-constructed. Subscribers to Crosswords Club, which I edit, may know our joint puzzles appear under the name “Helena Buchanan,” a pen name that hints at one home state and one favorite novel. (Montana, and Gatsby? Or William Ard’s Buchanan Series? — Caitlin)

I’m sad our clue to 1A didn’t survive, which was [One who has no brand loyalty?]. And I’d clued 37A to reference an actress on “The Magicians,” which is my favorite train wreck of a TV show. That … was probably a good clue change.

Doug: It’s always a pleasure to work with Patti on a puzzle! She loves the part I don’t love (writing the clues), so we make a great tag team. We’re like the original Hart Foundation, but with 95 percent fewer suplexes. (Is this what constructing this puzzle might have looked like, even with just 5 percent as many suplexes? — Caitlin)