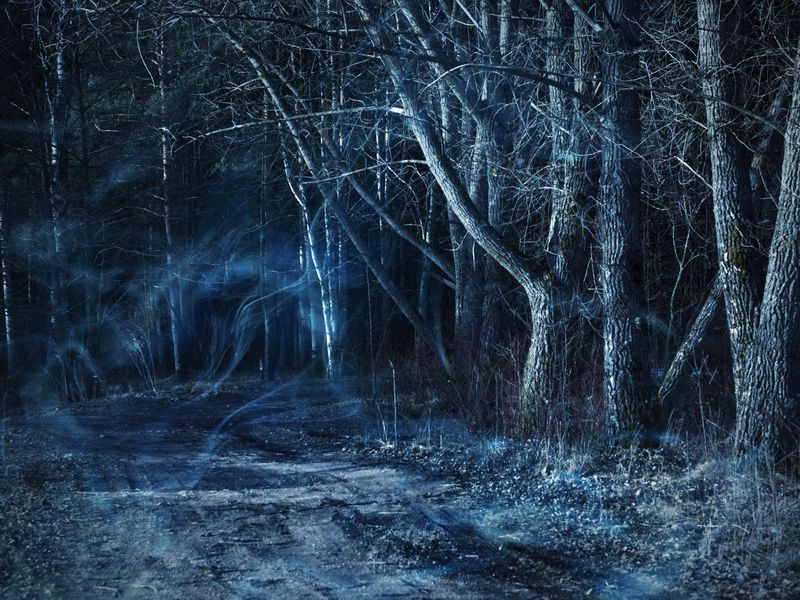 ​‘Tis the season to celebrate the supernatural, whether that means visiting a haunted house or donning a spooky costume. But while some might scare themselves silly in the name of Halloween fun, 42 percent of Americans believe ghosts are for real, according to a 2013 Harris Poll. The belief in ghosts dates back to at least ancient Mesopotamian times, and it seems to have lodged itself in the collective psyche. But in many cases, science can explain what might seem like a message from beyond. Here are five scientific explanations for encounters with the supernatural.

Just below the range of human hearing, infrasound can cause some strange sensations. Humans can’t hear sound below 20 hertz, but some people subconsciously respond to lower frequencies with feelings of fear or dread, reports Jennifer Ouellette for Gizmodo. In one account from 1998, engineer Vic Tandy of Coventry University spent a night in a lab believed to be haunted. He and his colleagues experienced anxiety and distress, felt cold shivers down their spines, and Tandy even reported seeing a dark blob out of the corner of his eye. It turned out that there was a silent fan creating sound waves at around 19 hertz, the exact frequency that can cause the human eyeball to vibrate and “see” optical illusions. “When we finally switched it off, it was as if a huge weight was lifted,” Tandy told Chris Arnot for the Guardian.

Electromagnetic field (EMF) meters are commonly used to identify electrical problems. They’re also a staple of the ghost-hunter’s toolbox, reports Erika W. Smith for Refinery29. Neuroscientist Michael Persinger thinks normal variation in electromagnetic fields could be a possible explanation for supposed hauntings. He tested this theory in the 1980s by having people wear helmets that delivered weak magnetic stimulation. Eighty percent of his test subjects said they felt “an unexplained presence in the room” when they wore the helmets. What’s more, famous spooky spots like Hampton Court Palace have been found to have unusual electromagnetic fields, reports Neil Dagnall for the Conversation.

On a Halloween episode of This American Life, host Ira Glass and toxicologist Albert Donnay unearth an old ghost story published in the American Journal of Ophthalmology in 1921. As recounted by “Mrs. H,” her family moved into an old house and began experiencing what seemed like paranormal activity—the sound of footsteps, strange voices and even feeling like they were held down in their beds by an unseen person. Meanwhile, the houseplants were dying, and Mrs. H’s children felt weak and suffered from headaches. A quick investigation revealed that a faulty furnace was filling the house with carbon monoxide fumes. Carbon monoxide poisoning can cause hallucinations and sickness, explaining all of their symptoms. After the furnace was repaired, the “hauntings” stopped.

The most common explanation for a ghost sighting is sleep paralysis, sleep specialist Priyanka Yadav tells NBC News’s Diane Mapes. The body is naturally paralyzed during REM sleep, but the feeling of paralysis can cause terror if experienced while awake. Sometimes, the body and brain get their wires crossed, and a person can experience a few seconds to a couple minutes of waking paralysis, which is often accompanied by hallucinations. Yadav says the hallucinations can involve anything from spiders to ghosts and are usually characterized by a feeling of dread. When someone reports a “haunting” that happened right around bedtime or after waking in the middle of the night—and that they were so scared, they couldn’t move—it’s enough for Yadav to diagnose a case of sleep paralysis.

The Power of Suggestion

Social psychology might have an explanation for reported hauntings that the natural sciences can’t resolve. Refinery29 reports that one study found the power of suggestion to be strong enough to make people believe they witnessed a supernatural event. Participants watched a video of a purported psychic supposedly bending a key with his mind. The people who were exposed to positive social influence—meaning that an actor in the group said they saw the key bend—were more likely to report they saw the key bend, too. Participants who were in a room with naysayers and skeptics were more likely to doubt the validity of the trick, but just one person’s confident assertion that they believed the psychokinesis was enough to make others believe it as well.