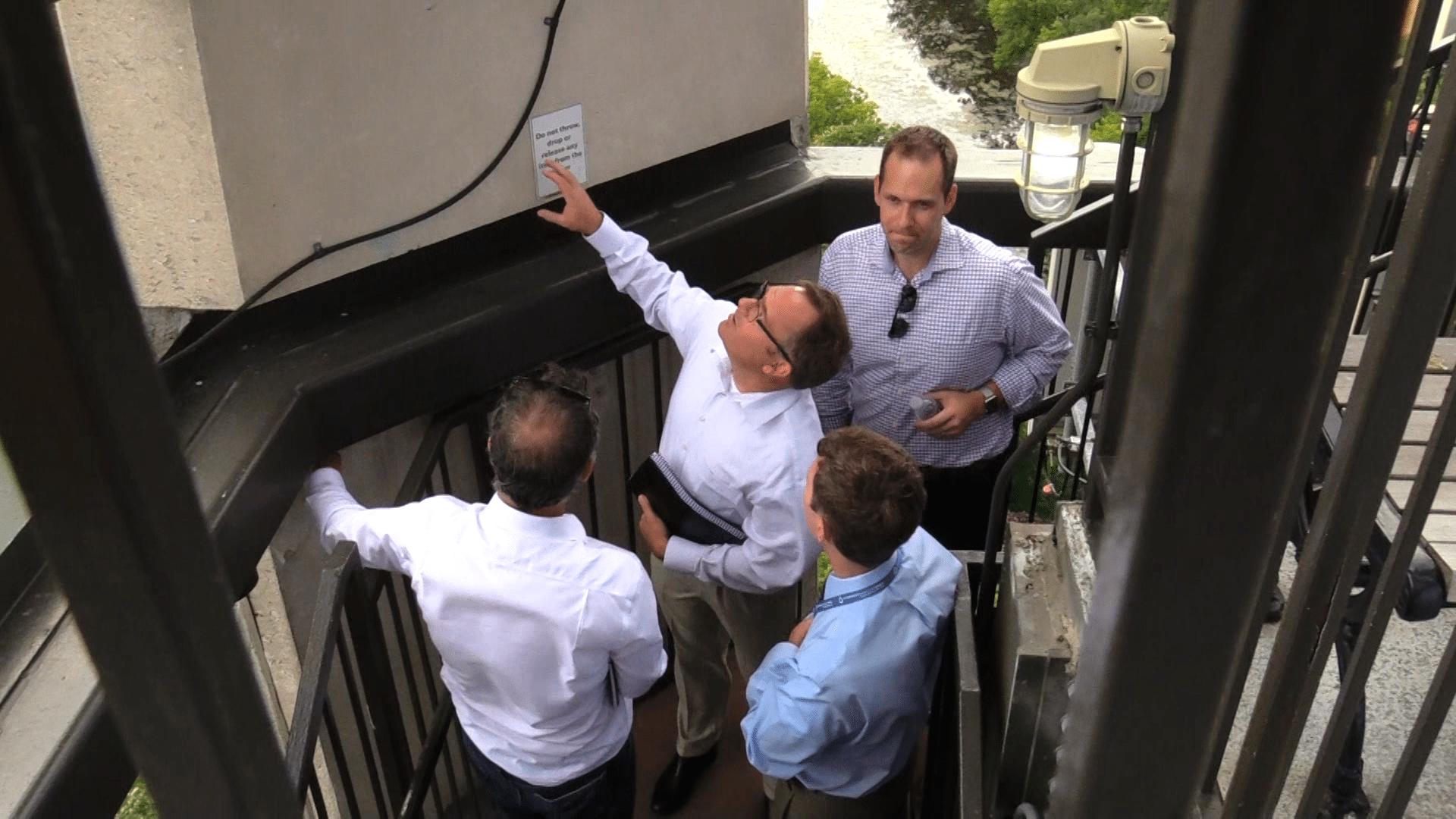 A boarded up front door, broken windows, and an overgrowth of plants – the last things you’d expect to see in Downtown Naperville. But an abandoned house at 19 West Benton Avenue is just that.

After sitting empty for 13 years, current owners JDDD Developments have filed for a demolition permit for the property.

But rumors of a dark history have shrouded in the house in mystery.

In town, it’s known as the Red Geranium, after the name of the shop that was owned by the last resident of the house, Kelly Tiberi.

“I always tried to make it feel like it was a home,” said Tiberi, remembering the atmosphere of her business when it was open. “We had a sofa people loved to sit down on and visit. We had the TV on. Even though we had a business, we made it very homey.”

Kelly opened the place in 1989 – originally as an interior design business called Homespun Interiors. She later changed the name to the Red Geranium as her business started selling decorations and doing landscape design.

In 1993, she moved with her family into the basement, which was furnished as a complete apartment, and had a feng shui specialist walk through her home.

“She got to a point in the house and she stopped, and she goes ‘I can’t walk past this door, I can’t go any further than here.’ Well interesting enough, the door she couldn’t pass was to the basement, which was where the person committed suicide.”

That person was Lawrence V. Phillips, a previous tenant of the house. Public records show he was found dead in the basement at 6:21 p.m. on October 15, 1984. Cause of death: carbon monoxide and methane poisoning.

When telling this story at a meeting of small business owners, Tiberi caught the attention of Kevin Frantz, a paranormal investigator.

“Kevin said ‘oh my god there’s probably ghosts in the house,’ and I said ‘well maybe there are,’” said Tiberi. “He told me ‘go home and shut all the blinds, get it as dark as you can, and we’ll go through it with my infrared camera.’”

“I pointed my camera down the stairwell,” said Frantz, giving his account of the night. “And somebody moved into the frame with a human shape. And it started to move up the stairs towards us. And as it moved up the stairs it only took a couple of seconds I’m backing away and as it got about 5 feet away from us it turned into an orb of light and moved around the door and into the kitchen.

Tiberi moved out of the house in 2004, and the empty building has encouraged the ghost stories to grow over the years – but she says that was the only time she saw something suspect.

“What I saw on his video was the only strange thing I would ever have noticed. Otherwise to me it was the most normal house, the most cheery, charming house,” said Tiberi.

The property has traded hands several times since Tiberi moved out, but until now, nobody’s done anything with it. Once torn down, a temporary parking lot will replace the building while plans for a new development are made.

Though the Red Geranium building is coming down, the shop lives on. Kelly still runs the business from her home in Batavia.

Get daily hometown news and sports delivered to your inbox!