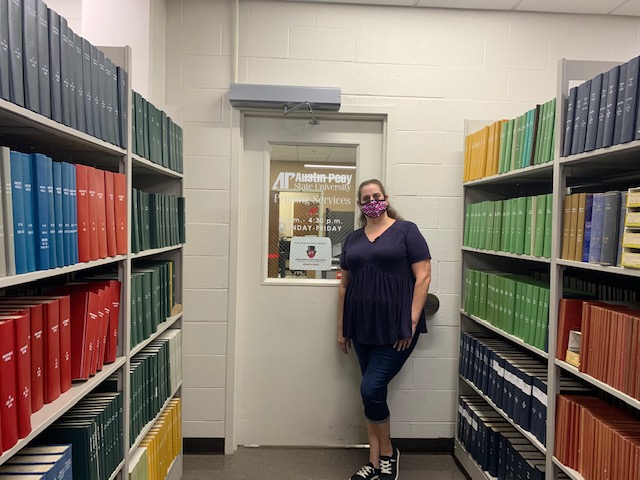 CLARKSVILLE, Tenn. (WKRN) — The campus of Austin Peay State University (APSU) was officially founded on April 26, 1927. It was named after Governor Austin Peay, a Clarksville resident.

Not many people realize the history of ghost stories on the campus, or that there was some kind of educational institute on the ground since 1806. News 2 spoke with APSU Adjunct Professor Melissa Arrington to get some background on the haunted beginnings.

Arrington said that research from Clarksville author Carolyn Stier Ferrell supports the history that Civil War soldiers spirits remain on campus. In one of her books, Ferrell mentioned Stewart College. The college operated from 1855 to 1874, in the location where APSU is now.

The college had to be evacuated in 1862, due to Union Soldiers marching from Fort Donelson to capture Fort Defiance. The Union Army used an old dorm on campus as a field hospital for soldiers. Arrington said that space is now known as the library on campus.

Arrington said the thought of soldier’s spirits on campus sparked her interest in a new subject, ghosts. She began to make a documentary about ghost stories at APSU.

The tall tales even caught the eye of famous paranormal investigator, Lorraine Warren. Her stories are told in well-known movies like The Conjuring and Annabelle.

“About 10 or 12 years ago, a woman named Lorraine Warren came into Austin Peay. When they brought her into the basement of the library near Printing Services, she said she could see Confederate Soldiers, lying on cots. She could hear them screaming in pain, and she could not stay in the building.”

Arrington explained a lot of ghost stories come from the area near the Printing Services office.

“I interviewed a man named David Johnson. He told several stories in my documentary. He would hear people talking in the office, even though nobody else was there. He thought someone had come in and said hello to him, but there was no person there – the door was still locked. He said he doesn’t really come here after hours because he doesn’t like to be here alone.”

Arrington told News 2 she had another scare involving her notebook filled with ghost research. She accidently left it in Printing Services, so Johnson put it aside for safekeeping.

“Then I called him to ask about it and he told me it’s not here, its gone! Then about a month later he finds it, and it was lying on a crate out in the open. Did he just not see it? Or did someone not want me to get it back?”

Another story in Printing Services comes from Cindy McElroy, Academic Assistant to the Chair in the Communications Department.

“She is very in-tune to what people refer to as ‘the spirit world’. Years ago before she came to my department, she was working for another lady at APSU. Cindy had to come down to Printing Services to pick up flyers. And as she is talking to the young lady working, she heard a mans voice say ‘Hey! Hey you, hey!’ She asked the girl, if she needed to get the phone. She looked at the phone and she said nobody is on the phone. That’s when Cindy realized there were no lights were lit up on the phone. She asked the young lady if this happens often, and she told Cindy it happens all the time.”

Arrington told News 2 that she believed there is more here on Earth than just us. She does not believe the spirits are anything evil, rather there is definitely something else than just humans walking about.

For her documentary, Arrington held a ghost hunt in Harned Hall. The hall was finished in 1931, and served as a girls dormitory until the 1980’s.

“People think this is one of the most haunted locations on campus. One of the stories at Harned Hall is that years ago when it was still a girls dormitory, a young lady died tragically in the building. It is believed she is still in this building.”

During Arrington’s ghost hunt there, she said her crews turned off all the lights and visited the building in the evening hours.

“We had hand-held cameras, audio recorders, good quality ones. We let them run. Some were running the whole time. Others were turned on during EVP sessions. We broke up into teams and everyone investigated each floor and a basement. At the very top there’s a weird attic area, not everyone went up there.”

Arrington said that while up in the attic, a door slammed unexpectedly. And during their time in Harned Hall, they had a few unexplained technical issues.

“The little electronic voice phenomena (EVP) meter, it would go on and off. What was very interesting is the the camera that was focused on that had a corrupt SD card. So, there were no issues with anything else except for strictly that section of time. It was very weird to say the least.”

Arrington said crews were able to capture footage of a ghost hunter who believed she was communicating with a male spirit believed to be a former professor in the building. However, they had to keep replacing the batteries.

“Our batteries would just not last. We constantly had to take them out, put them on a charger and put new batteries in because they were dying super quick. We were filming a lot in night vision. It was super strange that our batteries died.”

Arrington said the best part of creating this documentary was learning the history and hearing the excitement from people telling their stories.

“I almost forgot I was doing it for school. It was just so interesting. Everyone had different experiences. Pretty much everyone left saying Harned Hall deserves the name ‘Haunted Hall.’ It’s something that everyone can kind of be excited about, whether you’re a believe or non-believer. At the end of the day, whether they’re true or not, it’s still fun.”