On The Bachelorette Season 16 with Tayshia Adams, she takes Eazy on a date hunting ghosts around the resort. However, as fans watched the episode, many wondered whether or not the old ghost stories were true. Here are all the details on how old the resort is, and it is haunted.

‘The Bachelorette’: Tayshia Adams sent Eazy home after a ghost hunting 1-on-1 date

Tayshia Adams surprised former football player Eazy with a ghost hunting expedition around the La Quinta Resort and Spa. The two read a sad story about Walter H. Morgan. In the leaflet, the couple read that he lost his wife and baby during childbirth. Allegedly guests have heard the baby crying and whimpering around the resort. The library where Morgan worked is said to be haunted to this day.

So, the couple used thermographic and night vision cameras to search the resort for paranormal activity. There was lots of screaming, and they both felt they heard some voices. However, afterward at dinner, Eazy admitted he was only scared because Adams was.

RELATED: ‘The Bachelorette’: How Long Does Zac C. Last with Tayshia Adams After Tonight’s 1 on 1 Date?

“You screamed, I screamed,” Eazy told Adams after the ghost hunting date. “You were scared, so I was scared. I have to match your energy.”

They had a great time, but in the end, Adams felt her connection with Eazy was not as strong as his was, and she sent the Sports Marketing Agent home.

“The night went from great to goodbye in no time,” the former football player said in the car afterward. “I don’t know if I’ve ever been more disappointed.”

There was truth behind the ghost story in ‘The Bachelorette’

The story that Tayshia Adams and Eazy read did mention the original owner of the resort. According to the La Quinta Resort website, Walter H. Morgan opened the hotel on Dec. 29, 1926. The building had 20 guest casitas, an open-air glassed dining room, and 1,400 acres of land at the time.

According to the 1930 census, Morgan was a widower, living in Riverside County, California as a hotel manager. His health was failing from tuberculosis in 1931, amid financial setbacks, and died by suicide. So, the ghost story was based on some truths about the original owner of the resort.

Over the years, many people reported strange occurrences at the resort, so the Palm Springs Paranormal Investigation team spent time investigating. They concluded that some regions of the resort do need more investigation; however, most of the activity was “of a peaceful nature.”

According to Rain Tree Traveler, the La Quinta Resort “might be the most haunted place in the Palm Springs area.” Guests describe ghostly cats and voices. One person even told of a naked older man running across a room.

Whether the resort is haunted remains to be discovered, but one thing is for sure, the stories told at the resort were not fabricated by The Bachelor franchise. 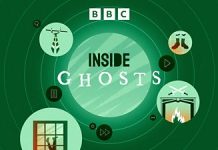 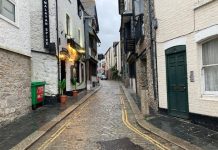