Yes, I know official spooks month is long past now. Yes, I am still playing Phasmophobia. The co-op ghost hunting simulation is just too much fun to mess around in with pals. The more familiar we’ve gotten with the game though, the clearer it is that there is one ghost hunting objective that is the absolute worst. It doesn’t sound like much, but snapping a photo of dirty water is an absolute pain in the rear and, glory to all that is good, Phasmophobia’s developer has decided to remove it.

For the uninitiated, ghost hunts in Phasmophobia pay out completed objectives with cash that you can use to buy additional ghost hunting gear with. The first objective is always to correctly identify the type of ghost haunting the location. Other three come from a random pool with options such as using a crucifix to stop a ghost from hunting you or taking a picture of the ghost itself. The absolute worst objective, without a doubt, is taking a picture of dirty water.

Occasionally a ghost will turn on a faucet in the building you’re scouting, filling a sink with brownish water that proves the location is haunted. Getting a photo of that should be easy, right? Wrong. Ghosts are fickle creatures. Some aren’t particularly active. Some, in twists of AI oddity that feel like intentional spite, just refuse to appear or do anything interesting. Getting a ghost to turn on the sink for you is a total shot in the dark, unlike many other objectives that can be completed with enough determination. This one is totally in the hands of your spooky resident.

I’ve still been playing Phasmophobia somewhat regularly, to the point that my ghost hunts with pals have started to go a little something like this. We’ve gotten very confident about stomping into abandoned farmhouses and darkened high schools to hunt down their paranormal residents, but this goal is always sure to produce a group-wide groan. I’d rather stand in prison cell block B totally alone shouting a ghost’s name than twiddle my thumbs in the bathroom hoping they decide to grace me with that last, elusive objective.

For now, Phasmophobia’s developer says that the dirty water objective has only been removed on the beta branch of the game. Soon enough though, we should all be freed from the tyranny of ghosts who refuse to wash their hands. Don’t worry, it still counts as extra photo evidence so if you do manage to grab that picture you’ll get some cash for it. You just won’t see it as one of your four whiteboard objectives. There are some other tweaks mentioned in the most recent beta branch update, but I promise you this is the most important one.

Since it launched, Phasmophobia has gotten quite a lot of tweaks and small patches alongside bigger updates like the new prison level that I’m still just a little bit frightened by. 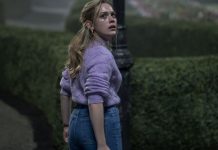