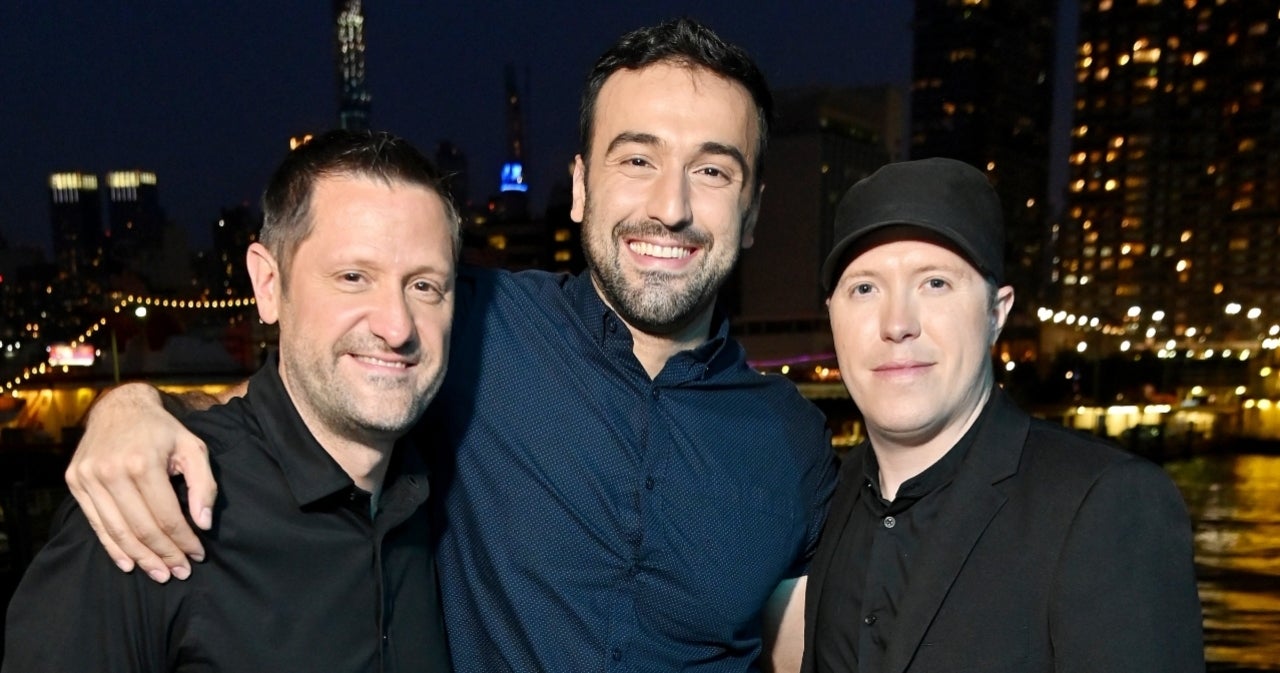 After Ghost Hunters lead investigator Grant Wilson took to social media last October in response to uncertainties surrounding the third season of his A&E series, paranormal historian Mustafa Gatollari is now sharing exclusively with PopCulture.com that another season for the network isn’t looking realistic at the moment. While Wilson initially admitted he was “trying to get a real answer” for viewers, lockdowns stemming from the coronavirus pandemic have shaken things up, especially in the TV realm.

“We’ve been receiving tons of messages from people asking when Ghost Hunters is going to be on and if we’re going to do another series and so much of that is up in the air,” Gatollari told PopCulture. “It doesn’t look like A&E is pursuing paranormal programming anymore, but we’ve never stopped our research or our work.”

Nearing a year now into the pandemic, Gatollari and fellow investigator Brandon Alvis are making sure they continue their investigations with a brand new YouTube series called Formula of a Haunting. Created by the pair to help further the field by analyzing potential evidence of the paranormal and disproving false positives, Gatollari says the series was a way for him to continue studying unexplained phenomena and share their unique techniques with fans. “I felt some type of duty towards our fans who really enjoyed the sound methodology that we brought to paranormal investigations, and I’m really happy Brandon put in so much work to get this footage together and came up with this idea,” he said.

With the web series acting as a “companion” of sorts to the forthcoming book he wrote with Alvis, Gatollari says he loves how their new project filmed with the American Paranormal Research Association is all about “everything” they’ve been pushing for in the paranormal field, but in practice. “What’s also really cool is that these investigations are 10 years old, some of them even older than that and you can see the evolution of APRA’s methodology and how those same principles can be applied regardless of the time period of technological constraints,” he said.

Published by Llewellyn Worldwide and releasing later this year, Gatollari hopes fans who buy the book will not consider it as “just some philosophical ‘paranormal self-help'” guide, but as something that will change the way we look at paranormal phenomena. “I’m so fundamentally against theory for theory’s sake because at the end of the day, what’re you doing instead of just stroking your own ego? No. Challenge it. Test it,” he said. “If you’re wrong, great — test the next thing. If you’re right? Great — test it even further. Subject it to scrutiny from other scientific fields and disciplines, get expert advice. There’s always work to be done and simply capturing evidence isn’t the end all be all: we need to bring it out of the realm of pseudo-science.”

We inked a deal with @LlewellynBooks to publish a paranormal book that’ll change the field forever! Can’t say much yet, but it’s set for 2021 release and will feature unseen research and anecdotes from our personal and televised #GhostHunters cases. Can’t wait to share more! pic.twitter.com/O7aP7zvoxR

While the 34-year-old says it might all sound “clinical,” this “vetting” process allows investigators and those interested in the field to guide the theories accurately. “We’re looking at the paranormal activity through the realm of understanding and I don’t think that there’s anything more emotional than personally working your hardest to try and comprehend a phenomenon,” Gatollari said. “The implications are massive and tie us to what Brandon says is the greatest uniter of us all: death. We all face that mysterious, dark plane of existence at some point or another.”

Hoping to learn what happens “after” it all not only means harmony in the plains of life but a way for one another to connect on a deeper, more humane level. “If we can understand what happens after it a little better and are unified in that effort, we might just commiserate with one another more effectively and realize that some of the more petty, day-to-day problems we waste our energy on are nothing in comparison to our greater happiness. […] I love looking at life that way,” he said.