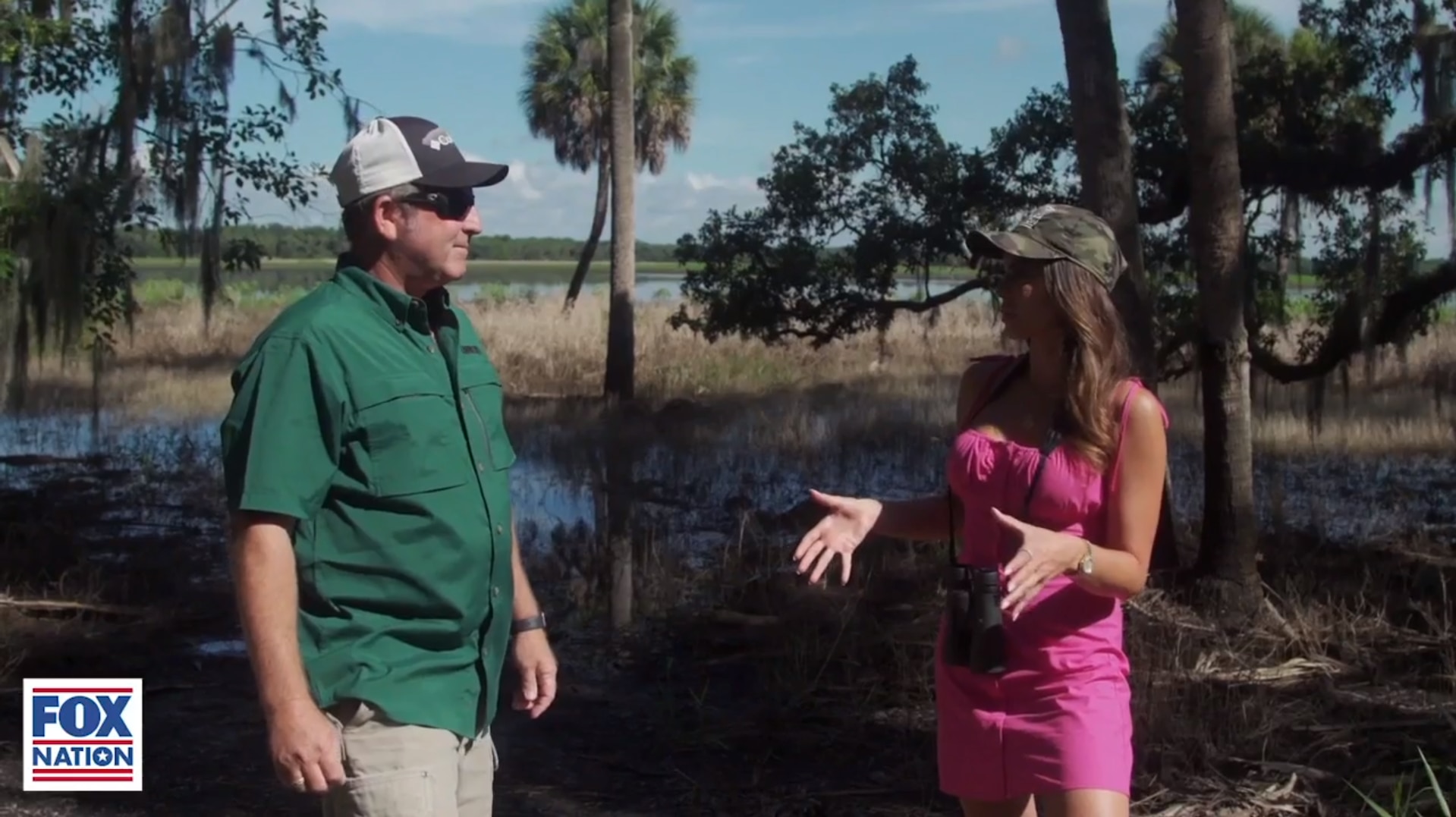 Stories of the “Skunk Ape” – sometimes called “Florida’s Bigfoot” – have been around for years. Two Sarasota residents describe their sightings of the creature and their efforts to find out more about it on a new episode of Fox Nation’s “Monsters Across America.”

In the episode, Sarasota native Mike Falconer recounts seeing the “Skunk Ape” in a field by the side of a road in 2013.

“You could see that it was big,” he tells Fox Nation’s Kacie McDonnell. “And when I say big, I don’t mean eight foot tall. You could just tell it was massive [in size] and thickness – just large.”

Not only was the sighting unexpected, but Falconer was also surprised by what happened after he uploaded his photos to the Internet.

“My office started getting phone calls, people asking for me,” he recalls. “Within a week, I had five Bigfoot hunters from all over the country staying at my house.”

Falconer adds that since he saw the creature, he has returned “every single day” to the same spot looking for evidence like footprints.

Cryptozoologist Dave Shealy of the Skunk Ape Research Center also shares his story with Fox Nation. He has been tracking the “Skunk Ape” in the Everglades since he was in the fifth grade.

“Within a week, I had five Bigfoot hunters from all over the country staying at my house.”

At age 10, Shealy says, he saw a “hairy” and “pretty stocky” creature standing seven feet tall in tall grass. He adds whatever he saw wasn’t as big as the Bigfoot who allegedly stalks the Pacific Northwest.

“But they don’t really need to maintain the body weight down here,” he says. “We don’t have the long winters. So the fact that a Bigfoot-type animal would be smaller is very realistic.”

The sighting piqued Shealy’s interest and he spent the next 30 years of his life looking for “Skunk Ape.”

“[I was] talking to people, out in the woods, finding tracks,” he says. “So I knew something was there.”

In the early 2000s, Shealy captured a “compelling” video of the “Skunk Ape,” which he says has never been disputed.

CLICK HERE FOR A FREE TRIAL OF FOX NATION

Fox Nation programs are viewable on-demand and from your mobile device app, but only for Fox Nation subscribers. Go to Fox Nation to start a free trial and watch the extensive library from Tomi Lahren, Pete Hegseth, Abby Hornacek, Laura Ingraham, Ainsley Earhardt, Greg Gutfeld, and many more of your favorite Fox News personalities and thrilling blockbusters.

Catie Perry is a production assistant for Fox News Digital.