Home Paranormal News The endless horror of ghost story The Turn of the Screw –... 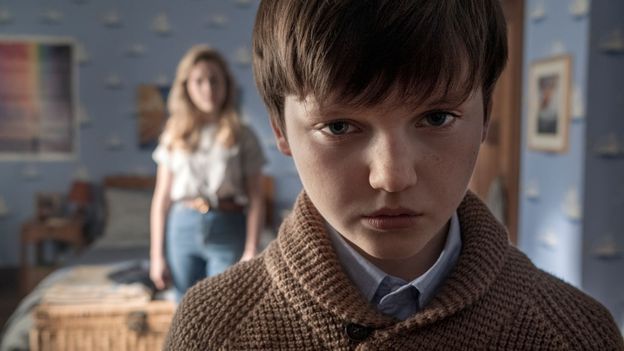 Flanagan has kept the spine of James’s novella but also draws on the author’s other less well known ‘weird fiction’. He wrote a number of short stories about the supernatural, such as The Jolly Corner and The Romance of Certain Old Clothes, and they have been mined for plotlines, themes and characters. Flanagan calls the series “a Gothic romance”. There is subtle psychological horror, a bit of grand guignol, a love story and a plot strand which is an obvious nod to a well-known much-loved horror film. It’s a heady mix.

Looking ahead, it seems likely The Turn of the Screw is a horror story that will continue to exert a grip on generation after generation of film and television makers. Biographer Lyndall Gordon, author of Henry James: His Women and his Art, says it’s not hard to see why. “It’s striking that while Henry James was a failure in writing for the stage, he’s turned out to be wonderful for the screen and especially the smaller screen, and the answer may be obvious – that he’s an explorer of the interior life and therefore suited to the intimacy possible on screen. I [also] wonder if the moral horror of evil, especially the infection of children, is the reason for [its] enduring popularity, and that it is at once shocking and convincing.”

James’s fictional characters have now taken on a sort of life of their own. In 1968, the late author Rumer Godden moved into Lamb House in Rye, now a National Trust property but once home to Henry James. She lived there for several years and claimed that she could sometimes sense the spectral presence of two watchful children. She thought of them as Miles and Flora.

Love film and TV? Join BBC Culture Film and TV Club on Facebook, a community for cinephiles all over the world.

And if you liked this story, sign up for the weekly bbc.com features newsletter, called The Essential List. A handpicked selection of stories from BBC Future, Culture, Worklife and Travel, delivered to your inbox every Friday.