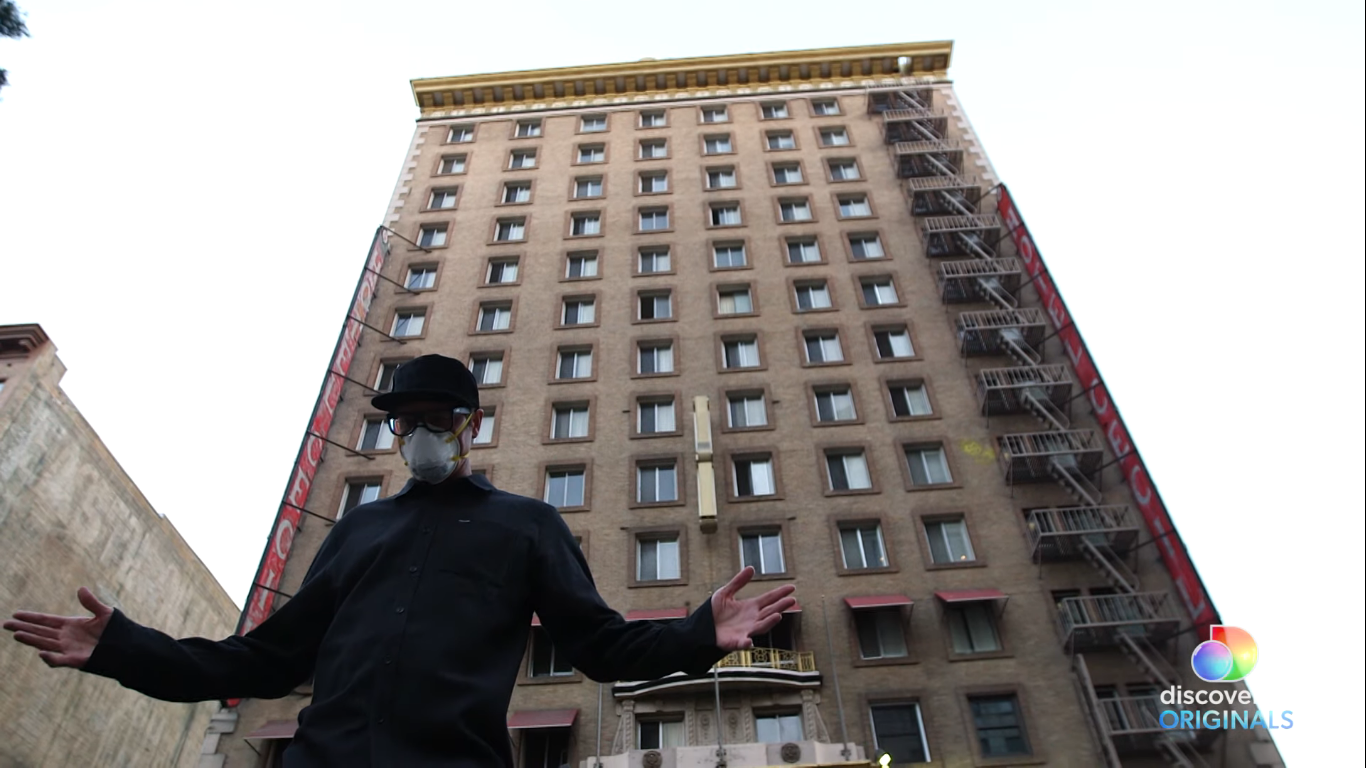 Travel Channel’s ‘Ghost Adventures’ is a long-running documentary-style show that follows the adventures of Zak Bagans, Aaron Goodwin, Billy Tolley, and Jay Wasley. This unique troupe of paranormal investigators explores various haunted locations as a dedicated camera crew shoots their experiences. ‘Ghost Adventures: Cecil Hotel’ is a unique documentary from the show that highlights the mystery related to the Cecil Hotel, the site of the haunting death of Elisa Lam.

The hotel has other sinister tales attached to it, including serving as temporary residences for infamous criminals and murderers. The crew takes on a daunting challenge to walk down the halls of the massive hotel and find out what they can about the strange happenings. If you are curious to know where you can watch the documentary, we have the answers for you.

What is Ghost Adventures: Cecil Hotel About?

The grandeur of Cecil Hotel is often enveloped by the spine-chilling stories for which the LA hotel has been the epicenter. The history of this hotel is dotted with serial killers, multiple suicides, devil worshippers, and strange deaths. One of the most famous contemporary cases out of these is that of a young tourist named Elisa Lam. Her nude dead body was found in the hotel’s tank a few years ago.

What caught the attention of the public eye was a particular CCTV footage taken from an elevator of the hotel where Elisa could be seen behaving oddly. Her mysterious and strange death remains unsolved to this day. The ‘Ghost Adventures’ crew has acquired a once-in-a-lifetime opportunity to delve into the story and investigate the hotel for paranormal presence. The terrifying and thrilling documentary spans an hour and twenty-two minutes.

No, ‘Ghost Adventures: Cecil Hotel’ is not streaming on Netflix. However, if you want to understand Elisa Lam’s case as a crime documentary, you can watch ‘Crime Scene: The Vanishing at the Cecil Hotel.’ Other mystery documentaries are available too, including ‘Unsolved Mysteries.’

‘Ghost Adventures: Cecil Hotel’ is not yet available on Amazon Prime, but some selected seasons of ‘Ghost Adventures’ can be purchased or rented as VOD. Besides, the platform offers a myriad of other paranormal documentaries, including ‘Real Paranormal Case Files.’

‘Ghost Adventures: Cecil Hotel’ is available to watch on Discovery+ as a part of the subscription package. Apart from this, the documentary is not available on any other VOD platform.

How To Stream Ghost Adventures: Cecil Hotel For Free?

‘Ghost Adventures: Cecil Hotel’ is currently not available on platforms that offer free trial periods. Although, subscribers of Verizon can attain a free one-year subscription to Discovery+.