Home Paranormal News The 12 most haunted hotels in the U.S. – Curbed 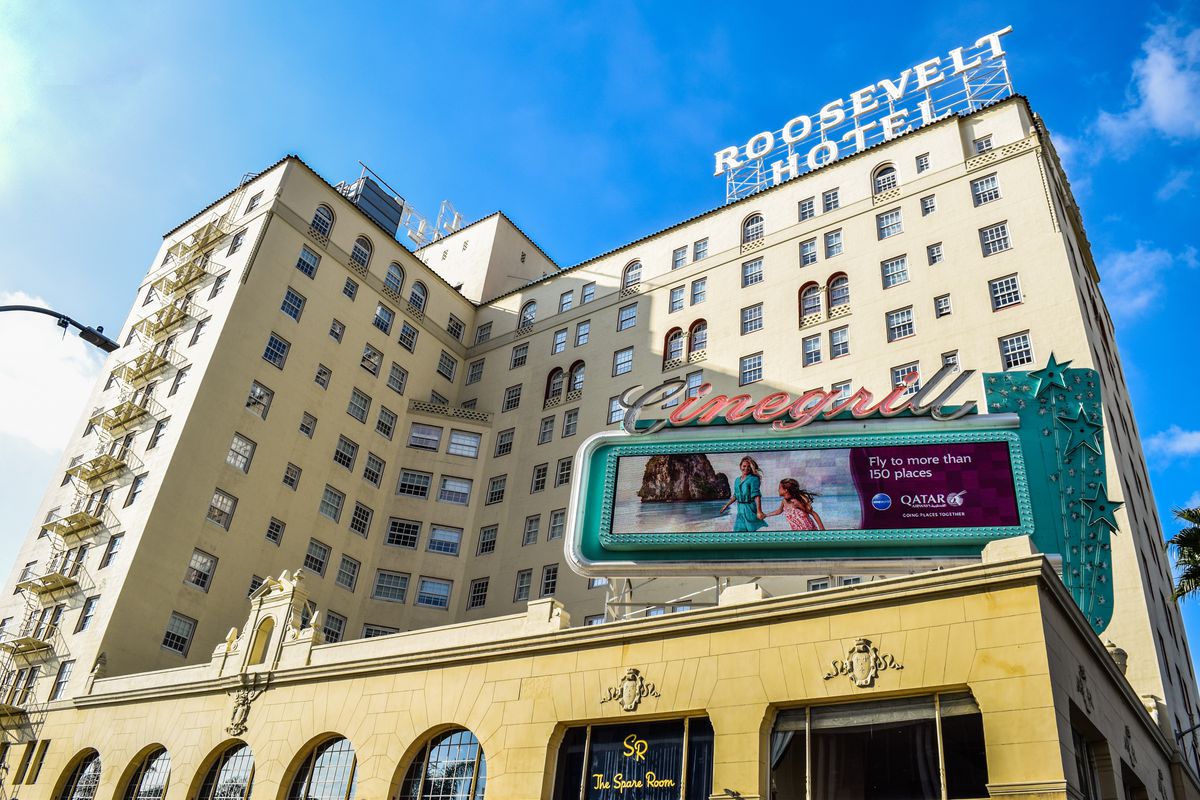 Whether it’s an elevator that consistently stops on an unwanted floor or a bathroom door that opens and closes on its own, there are plenty of unexplained phenomena plaguing America’s hotels (and real estate, too). For some, the thought of sleeping with ghosts is enough to send them packing. For others, it’s an invitation.

Just in time for Halloween, we’ve searched high and low to bring you the creepiest, spookiest, and scariest hotels from across the United States. Some of the hotels are haunted by one famous ghost, others are the stomping ground of several unearthly creatures. But however they’re haunted, these 12 hotels are sure to provide a frightfully good time this Hallows’ Eve.

From Curbed LA: The Roosevelt competes with the Knickerbocker for most celebrity hauntings—Marilyn Monroe supposedly appears in a full-length mirror from Suite 1200, where she stayed when she first started becoming famous; Montgomery Clift is said to hang out in and around room 928, where he lived while shooting From Here to Eternity.

One psychic says he’s also detected Humphrey Bogart, Carmen Miranda, and Betty Grable. There’s also a cold spot in the Blossom Room (the first home of the Oscars) near where a dapperly-dressed thirties-era man is said to hang around. Read about 19 other spooky spots in LA, this way.

From Curbed Chicago: Travel & Leisure once named this downtown hotel the most haunted place in all of Illinois, citing Al Capone’s headquarters as the reason. Elevators at the Congress are said to make unexplained stops on the eighth floor and patrons have reported sightings of Capone’s ghost. See other haunted locations in Chicago, this way.

From Curbed Boston: Harvey Parker, the hotel’s developer, who died in 1884, is said to inhabit the 10th-floor annex, and was once described by a spooked guest as “a heavy set older man with a black mustache,” according to the hotel’s website.

Elevators also arrive at the third floor (where Charles Dickens stayed for a time) without any buttons being pushed or anyone awaiting a lift. Check out other haunted Boston locations, this way.

The Driskill Hotel in Austin, Texas

From Curbed Austin: The Driskill is probably Austin’s most famous haunted space, and is infested by so many ghostly presences that hotel staff has a handout on them for guests. They include its namesake, Civil War Colonel Jesse Driskill, who had the place built and then promptly lost it in a card game; he makes his presence known with the scent of his cigar smoke, especially in rooms occupied by women.

A spirit that might or might not be Driskill has been reported to operate the elevators, move furniture, push guests out of their beds, and hide their belongings. Then there are the creepy “suicide brides” and the painting haunted by a four-year-old girl who fell to her death at the hotel. Head over here for a map of Austin’s other most haunted spots.

The Winecoff Hotel (now called The Ellis) in Atlanta, Georgia

From Curbed Atlanta: Opened back in 1913, the Winecoff Hotel was billed as “absolutely fireproof”—a claim much like the “unsinkable” Titanic—with the steel structure encased in protective concrete. Early in the morning of Dec. 7, 1946, a fire broke out on one of the lower floors of the sold-out hotel. Of the 304 guests in the hotel that night, more than one-third—119 people—lost their lives in what became the deadliest hotel fire in U.S. history.

After that night, the Winecoff Hotel was closed and stood vacant for years. But unlike many other old downtown buildings, the landmark has survived to this day and still operates as a hotel—now known as The Ellis. Ever since, guests and staff have reported seeing apparitions, smelling mysterious smoke, and hearing screaming in the hallways. The fire alarm sometimes goes off at 2:48 a.m., the exact time of the suspected arson. Read more about other haunted Atlanta locations, this way.

From Curbed NY: This storied Chelsea building has played host to a number of iconic artists throughout its more than 100-year history, including Patti Smith, Leonard Cohen, Mark Twain, Allen Ginsberg, and Dylan Thomas. But it’s probably known more for its creepy stories: There’s the murder of Nancy Spungen, allegedly by her boyfriend, Sex Pistols bassist Sid Vicious; there’s also a ghost named Mary, a passenger on the ill-fated Titantic who survived, though her husband died in the tragic accident. Supposedly, she can be seen staring at her reflection in mirrors throughout the hotel.

Looking for even more haunted locales in the city that never sleeps? Curbed New York has you covered.

The Leland Hotel in Detroit, Michigan

From Curbed Detroit: Despite being Detroit’s best hotel in 1927 (Jimmy Hoffa and the Purple Gang were said to be regulars), the Leland today is home to some colorful characters and an odd, yet charming diner on the first floor. For creepiness, you can still check out City Club. Read about 12 other haunted Detroit locales, over here.

The Hotel Sorrento in Seattle, Washington

From Curbed Seattle: Even back in the 1900s, Seattleites were marijuana supporters. Alice B. Toklas was credited with the invention of pot brownies back in 1954. Today she is credited with roaming the halls of The Sorrento Hotel, specifically the fourth floor, and even more specifically in and around room 408. When asked about their ghost, The Hotel Sorrento responded, “Our ghost is very hip.” For 17 other spooky Seattle spots, check this out.

The Oxford Hotel in Denver, Colorado

As Denver’s oldest hotel, The Oxford has had plenty of time to acquire quite the reputation for ghostly inhabitants. In 1898, a woman named Florence Montague found her lover in bed with another woman; she immediately shot and killed him before taking her own life. Since then, single male guests who stay in room 320 have reported sheets being ripped off the bed and their arms being pulled by an unseen force.

Meanwhile, in the hotel’s Cruise Room bar, bartenders say that a male ghost routinely walks into the bar wearing his post office uniform, mutters something about “getting gifts to his children,” and leaves. Apparently it’s the ghost of a 1930s gentleman who was on his way to deliver Christmas presents but never made it.

From Curbed NOLA: On the site of a former slave market, the hotel is rumored to be haunted (as is just about every place in the Quarter). More creepiness: This is where Zack Bowen jumped to his death after murdering and dismembering his girlfriend, Addie Hall. Check out 12 other haunted NOLA locations, this way.

The Hay-Adams Hotel in Washington D.C.

The Hay-Adams hotel is well-known for hosting politicians, but it also hosts some less welcome characters. In 1884, Henry Adams (a descendant of John Quincy) and John Hay (a Secretary of State) built homes where the hotel currently sits. Adams’ wife, Marian Hooper Adams, committed suicide at her home in 1885 and allegedly her spirit still haunts the hotel today. Look out for the sound of a woman crying, voices coming from the walls, and doors opening and closing on their own. Head over here for other haunted D.C. locations.

The Claremont Hotel in Berkeley, California

From Curbed SF: The original building on this site burned down in 1901 and the Claremont Hotel went up over a decade later.

There’s nothing strange about that—except maybe for the mysterious smell of smoke that some guests report in the middle of the night. The ghost of a little girl supposedly haunts the fourth floor too, particularly room 422. Learn about 49 other haunted Bay area spots, right this way.