Home Paranormal News The most spooky locations in Lincolnshire and the ghosts that are rumoured... 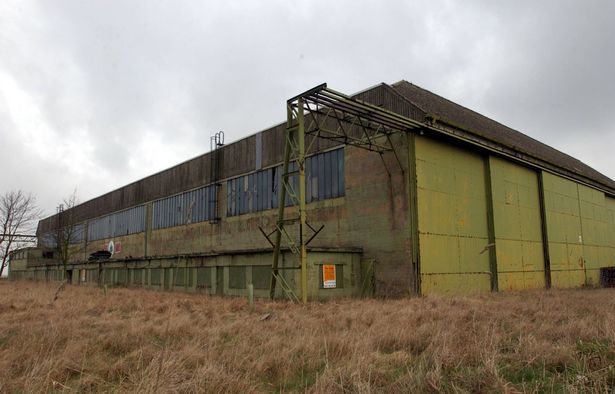 With its eerie old houses, creepy pathways and forgotten airbases, some say Lincolnshire is one of the most haunted counties in the UK.

Whether you’re a believer or not, there’s certainly a decent number of locations creepy enough to send a shiver up anyone’s spine.

Lincolnshire Live has taken a look at some of the spooky goings-on across the county:

The area was a bomber command station in the Second World War and was a base for the Royal Australian Air Force and the Lancaster Bombers.

Some of the spooky sightings reported at the base include an officer in full RAF uniform in one of the offices who disappears as soon as he is seen.

Sticking to the airbase theme, the spirit of a young woman who was killed in a motorcycle crash is said to appear on a road near the former base at RAF Metheringham.

Catherine Bystock, who is said to have haunted the site for 60 years, was involved in the incident during the Second World War and villagers say they avoid the spot where she is said to appear.

She was a member of the Women’s Auxiliary Air Force and engaged to a flight sergeant when she was killed while riding on his motorbike in an accident at the base.

Her apparition is said to appear down a dark country lane that runs across the former airfield site.

Other people have seen a young woman flagging down cars while she is dressed in RAF uniform. Apparently she asks for people to help her injured boyfriend – spooky!

Dating all the way back to 1068, it’s not surprising that Lincoln Castle has taken a spot on the list.

The prison chapel at the castle, which was built in 1787 and then expanded in 1847, is said to be haunted, with many visitors reporting feeling very cold and others having felt something brush against them.

Taking into consideration over 100 inmates were executed there, it’s no shock that some of them apparently haunt the site.

There have also been reports of a number of doors being banged and noises such as footsteps, screams and even ‘inhumane growls’.

Some have even claimed to have spotted a lady walking down the stairs in the old Victorian Women’s prison, carrying her baby.

Another city centre spot that has sent shivers down a few spines is Greestone Stairs, which leads to Lincoln Cathedral.

Over the years there have been multiple reports of paranormal activity on the stairs, which has led to the belief that the hauntings are the work of a number of different ghosts.

Two of the most reported sightings are of a woman and a baby, and of cleric who allegedly died on the steps.

The woman is said to carry her baby and lay it down on a bed of flowers, leading people to believe she lost the child and she is laying it to rest.

The cleric, reportedly sighted halfway up the stairs standing under a crooked lamppost, is said to wear a hat and a long coat.

He is believed to have hung himself from that very lamppost and is often described as being there as a guide or protector for weary travellers.

And if that’s not spooky enough – there’s also been reports of other strange happenings, with floating light orbs being seen around the archway on the stairs.

Do you believe in any of these stories, or have experienced one for yourself? Let us know in the comments section below

Not one for the faint-hearted, people who visit the woods in the north of the county may catch a glimpse of a ghost referred to as the Black Lady.

Eyewitnesses say that whilst the spirit, who wears a hood covering her hair and a long flowing black cloak, her face is stained with tears.

There is also another myth that she was forced to bring up her baby alone after her husband had gone to war, and the enemy marched through the wood and stole her child before riding away.

It is now said her ghost is searching endlessly for her husband and child in the woods.

For those who want to spot the lady, it is rumoured that if someone goes there on Christmas Eve and shouts “black lady, black lady, I’ve stolen your baby!” three times she appears – although this has never been proven true.

Once owned by the Bolle Family, most notably by Elizabethan adventurer Sir John Bolle, there have been a number of reports of a woman haunting the hall’s vast grounds.

Sir John was captured by Spaniards during Sir Walter Raleigh’s 1596 attack and capture of Cadiz and thrown into a cell which looked out onto the street, where Spanish noblewoman, Donna Leonora Oviedo, took a liking to him.

She would bring him food and eventually bribed the jailers to release him from the dungeon.

When Donna wanted to accompany him back to England, he was forced to come clean that he was already married which broke her heart.

He believed that he had left Donna behind for good, but some months later she followed him to England and ended up killing herself in the garden of Thorpe Hall.

To this day, visitors to Thorpe Hall report seeing a lady in green roaming the grounds forever searching for Sir John Bolle.