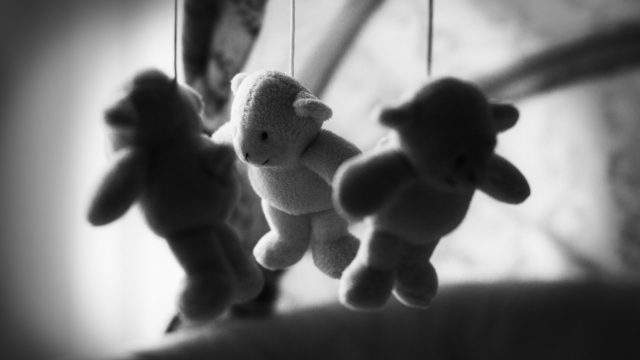 HIGHLAND TOWNSHIP, Michigan – Eerie video captured on a Michigan couple’s nanny camera shows an image of what they believe is a ghost that is haunting their home and has injured their infant daughter.

Heather Brough and Joshua Higgins told the ABC station in Detroit that the figure seen in the night-vision footage has attacked their daughter Lily, leaving her with a scratch.

Brough said that she once woke up and “felt like someone’s hands were around my neck.”

The couple told WXYZ-TV that they called in a pair of paranormal investigators to help get to the bottom of the suspicious phenomena. Higgins’ father, Jim Higgins, said it may be someone who previously lived in the home.

“The gentleman that lived here originally committed suicide apparently by jumping out this window, which is one story down,” Jim Higgins told WXYZ-TV.

The couple told the Detroit TV station that they are saving money to move. In the meantime, they’re all sleeping in the same room.