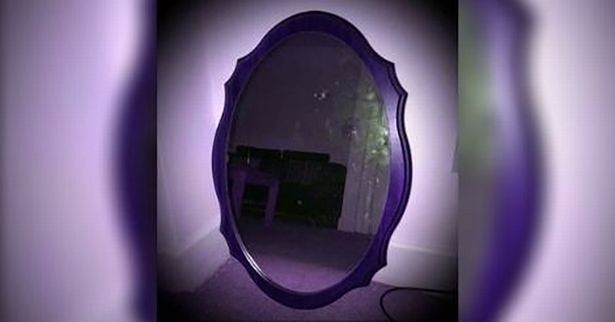 A psychic claims he can hear a “ghostly child’s voice” calling for help from a “haunted” mirror in a video.

Ian Griffiths, a psychic medium, claims he has captured the image and voice of what he believes to be a young girl haunting the mirror.

Mr Griffiths bought the mirror from an antiques shop in Hinckley just before lockdown and was immediately struck by its ‘ghostly presence’.

Mr Griffiths who lives alone in Swadlincote, South Derbyshire, filmed his experience and said he recorded “unexplained rattling” he has never heard before, Staffordshire Live reports

Following a live recording he made later, Mr Griffiths, who became a psychic medium around 20 years ago, believes he can see the ghostly presence in the mirror.

“I bought a mirror that was haunted from a shop in Hinckley,” he said.

“I have had some amazing things from it such as EVPs (electronic voice phenomenon) but I had these screenshots sent me from my live recording. These are photos of the spirit child from the mirror. I live alone and no children were here.