Home Cryptozoology News We take on the Abominable Snowman aka Yeti! – (That Bigfoot Show)... 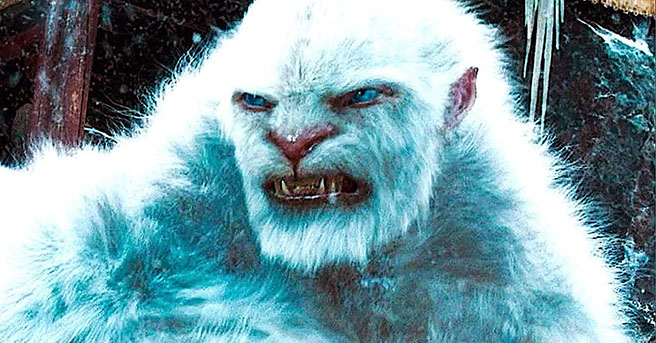 The time has arrived for a new episode of our Paranormal Network channel series That Bigfoot Show, and in the episode embedded above we drew inspiration from the winter storm that recently hit the U.S. and decided to dig into the legend of the Abominable Snowman, a.k.a. the Yeti. That Bigfoot Show host Taylor James Johnson provides the info on this cold weather cryptid and tells one of his favorite Yeti stories – a story that involves monks and a movie star.

Here’s what That Bigfoot Show is all about:

Hey, it’s That Bigfoot Show! Yea, that one! Just like these mysterious creatures, this show will keep you guessing. Prepare for fun yet informative content about the legend that is Sasquatch aka Bigfoot… or whatever you want to call them. “That Bigfoot Show” will cover everything from recent activity, historic sightings, pop cultural impact & even interviews with witnesses and cryptozoologists who have encountered and studied these majestic hairy beasts. This is a series for believers and skeptics alike (even though the skeptics are wrong) and will try our very best to take an honest look at the worldwide phenomenon that is Bigfoot… because this is That Bigfoot Show! Yea, that one.

The series is edited and hosted by Taylor James Johnson, produced by John Fallon, and executive produced by Berge Garabedian. Episodes are released on The Paranormal Network – which is dedicated to ghost-hunting, bigfoot hypotheses and UFO sightings – on a monthly basis.

A sample of other Paranormal Network shows, including the first episode of That Bigfoot Show, can be seen below. If you like what you see, head over to the channel and subscribe!