“Who IS this guy!?” Cranked Up Films has released an official trailer for an indie mockumentary titled 15 Things You Didn’t Know About Bigfoot (#1 Will Blow Your Mind), which is the official full title. It’s also listed as The VICE Guide to Bigfoot, but I like this other title more. The feature-length debut from filmmaker Zach Lamplugh, 15 Things You Didn’t Know About Bigfoot is “a whip-smart send-up of millennial culture and clickbait news that constantly subverts expectations. Part satire, part mockumentary, the movie is an original vision from Lamplugh and his filmmaking cohorts Emond and Tim Reis.” Described as a “paranormal comedy” of sorts, the mockumentary film follows a hopelessly millennial reporter on the most important assignment of his career: Bigfoot. But after following a prominent cryptozoologist into the Appalachian foothills, he’s forced to answer the question “is a good story worth dying for?” This might play well as a double feature with The Man Who Killed Hitler and Then the Bigfoot as well. Beware of Sasquatch. 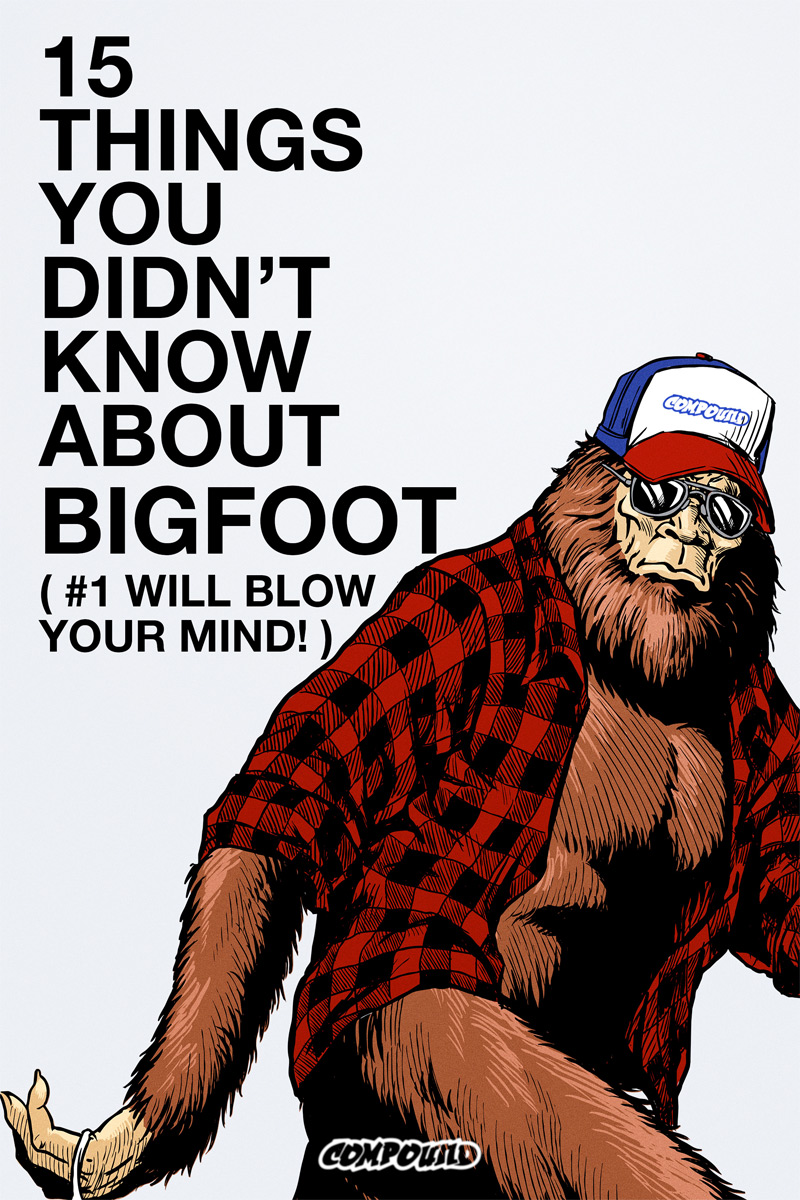 Millennial vlogger Brian (Brian Emond) feels like he’s not living up to his full potential. In his own mind, he’s destined for a flourishing career in the news, but his spirit has been broken by composing too many mindless listicles. Recently passed over for a promotion by his employer, a glossy hipster news outlet (that is definitely not Vice!), he is faced with yet another insult: he must put together a piece in search of the fabled Bigfoot. In order to produce this latest masterpiece (“Is the term ‘Bigfoot’ offensive towards amputees?”), Brian must trade Brooklyn for the mountains of North Georgia, against his better judgement and his self-importance. Guided by the seemingly unhinged cryptid-rockstar Jeff (Jeffrey Stephenson), Brian is dragged along on an overnight research expedition that just seems like the wild goose chase that he expected. Until it’s not – and he sees something that can’t be explained. Faced with his own mysterious sighting, Brian discovers that maybe for the first time in his career, this story could be real, the career-making piece he had been looking for all-along. 15 Things You Didn’t Know About Bigfoot is directed by editor / filmmaker Zach Lamplugh, now making his feature directorial debut after editor work previously. Cranked Up will release the film in select US theaters + on VOD starting May 7th this spring. Interested?

Discover more around the web: