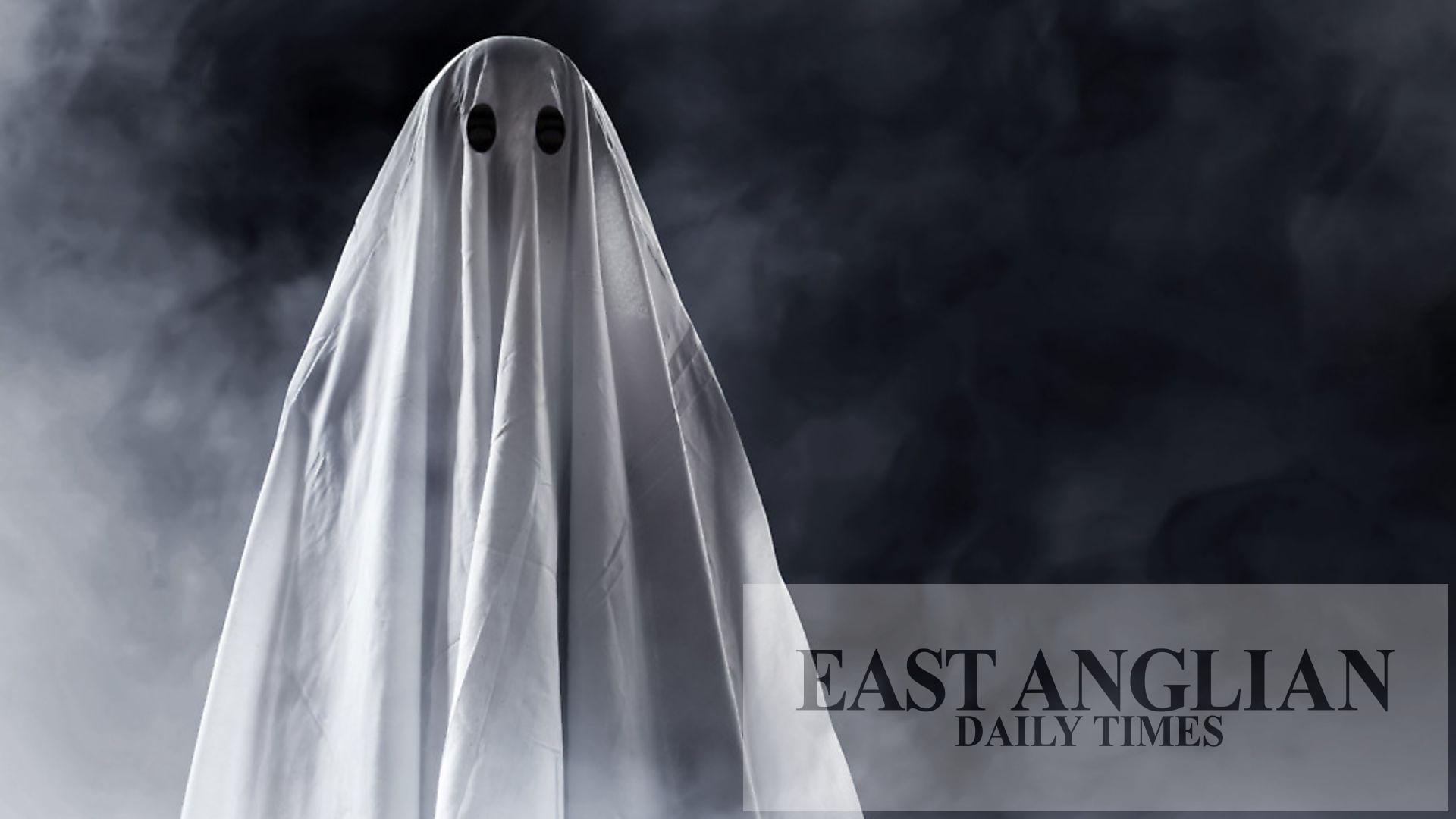 1) Everyone has heard of haunted houses – but in Suffolk, there’s a house which itself is the ghost, appearing and disappearing in front of incredulous onlookers. The so-called Rougham Mirage has perplexed locals, visitors and those fascinated with the paranormal for more than 150 years: on a stretch of road between Bradfield St George and Rougham Green, a stately home appears and then vanishes, leaving no trace. The first reported sighting was by Robert Palfry in 1860, who was enjoying the last light of a June evening in the fields of Rougham when he suddenly felt a chill in the air – suddenly, from nowhere, a large red brick house appeared. The spectral house has been seen on numerous occasions since.

2) In fairytales, the creature lurking beneath the bridge ready to claim the souls of unsuspecting passers-by was a troll. Today, the trolls hide online and under the old bridge in Homersfield in Suffolk, their place has been taken by a howling demon said to have been trapped under the original wooden structure to rob the creature of its magical powers so it could no longer hold the village to ransom. No one knows where the Homersfield Bridge demon came from, how he was caught or who bound him, but local folklore has it he will “stay for so long as the water flowed under the arch”.

3) At Stratford St Mary’s Four Sisters Crossroads on the A12, stories abound of evil on the road, of sightings of four spectral figures and of a general feeling of unease that drivers find difficult to shake off, especially on cold, dark nights. One witness in particular was haunted by Four Sisters Crossroads: quite literally: Irene Heath was driving late at night when she felt an immediate realisation that, in her words, “something was in the back of the car, something evil and frightening.” Petrified, she fumbled to switch on the car’s interior lights, convinced that she would spot something horrifying in her rear view mirror. Nothing was there. She felt the same presence on the other journeys she made past the crossroads, including feeling as if she’d been poked by a clawed hand and her fourth trip was her last along the A12 when she heard thunderous banging from the back of the car.

4) Close to the outskirts of Walberswick is Westwood Lodge, built on ground used as a dwelling site for a further two centuries. In the early 1600s, John Brooke lived here, a wild, difficult man and a tyrannical master who treated those in his employ with bitter cruelty, including his faithful horse. No one was distraught, therefore, when in 1652, aged just 26, Brooke The Great Troubler, met his maker. His young widow Jane remarried, a decision which infuriated an already angry man from beyond the grave. John Brooke’s spirit was said to ride furiously up and down the corridors of the manor house, creating such terror that the inner room to the master bedroom, which is where the hauntings were said to begin, was bricked up. In 1865, when alterations to the manor led to it being opened up, it was said that workmen found just two objects: a saddle and a whip, both of which were burned with great ceremony and to great effect: the hauntings ended.

You may also want to watch:

5) The eerie organists of Ipswich Tourist Information Centre on St Stephen’s Lane in Ipswich are said to be sisters bound to the church where the centre is based. After it was declared redundant in 1975, the church was maintained by two members of the flock: the ghosts of two elderly ladies, said to be sisters, have been spotted at the place where the organ once stood. The ghostly pair return, legend has it, to the place where they once led the congregation in worshipful song and the church which they once proudly helped to maintain: after its closure, it is said that after they died, the sisters would come back to the place where they felt most at home.

6) Opposite the Star Inn in Wenhaston, a footpath leads from Star Hill to Narrow Way and, along that path is the site of an old stile, known for many years as Peggy’s Stile. It is said to be haunted by a woman of that name who appeared to passers-by in the gloom at dusk and late at night. While Peggy is described by some witnesses as looking like an old woman, or witch, others say that she has appeared to them in the form of an animal renowned for being gentle and kind: a donkey. Peggy’s Stile was feared by villagers and avoided during hours of darkness, the threat of the terrifying witch-donkey woman used as an invisible menace and a timely warning to children to stay on the righteous path or face punishment from a creature that feeds off darkness and fear.

7) She has been seen in the shadows by Fornham Park gates, appearing at dusk to serve as a warning to naughty children on a site which was once the scene of a bloody battle where more than 3,000 Flemish mercenaries were slaughtered. Today, the last remnant of the once-impressive Fornham estate is a single short gate column, itself the last remain of the gates to Fornham Park. It is here that Red Hannah appears in the magical hour between light and dark as dusk envelops this corner of Suffolk. At the turn of the 20th century, Red Hannah began to be spoken about in hushed tones – she would appear close to the gates and the Fornham and Ingham crossroads which today is a roundabout, often to mischievous children who should have been making their way home before dark.

8) Sea frets have often blurred the lines between this world and the next – and one such creature to appear from the mist is the Sneering Man of Corton, who stalks the coastal road in front of terrified drivers, some of whom claim to have driven straight through him. In 1974, a man was driving from Great Yarmouth to Lowestoft along the old A12 in Corton when his headlights illuminated someone – or something – standing in the road, directly in the path of his car. He said: “I was struck most of all by the face, so much that I cannot recall seeing a body or even the outline of one. It was staring straight at me with a horrible sneer on its lips. It was not white or flimsy, but had a definite ‘flesh and blood’ appearance. I braked hard, but instead of hitting him as seemed certain, my car went straight through him.”

9) It begins as a textbook haunting: the spirit even looks like a cartoon ghost, draped in a sheet. But the Rattlesden Rectory ghost was hiding a spectral secret: beneath the sheet it was completely naked and as a witness watched in horror, it began to move towards him in “a crouching posture”…A handyman working at the rectory in the 1860s was shocked when his dust sheet sprung to life and then fell to the ground to reveal a body with skin like parchment and a glowing face. “I had a sickening, overwhelming feeling of evil and was conscious once again of that sour, musty smell. It was an intense smell now and I was somehow certain that it was the smell of death,” he said. The figure grabbed the man, pressing its face close to his and he saw its blue-tinged, dried tongue. He later discovered a vicar had arranged for the door he had been working near to be nailed up and that servants had feared what was hidden behind it.

10) The village looks like any other that sprang up close to a grand hall but Sotterley hides a secret that binds love and loss to the underworld. As you approach the village and before the road dips down steep Jay’s Hill, there is a spot that most would pass without a second thought, but locals know it as Kate’s Parlour – a place where no hedge will grow. At this precise spot, unnerving sights have stopped both man and beast in their tracks. Horses have trembled and refused to pass by, villagers have taken diversions to avoid passing the area, children spoke of Kate’s Parlour in hushed tones. And when you find out the reason why, it makes perfect sense: parlour maid Kate disappeared on day and was never seen again – villagers believe her body was buried where the hedge won’t grow and she returns at night to avenge her murder.

11) In Denham near Bury St Edmunds, the beauty of a young girl in the 1640s led to her dreadful end when jealous villagers whipped into a frenzy by the nearby witch hunts sought their own rough justice. The girl, it is said, was so beautiful that she turned the heads of every man in the village, leading the womenfolk to accuse her of having more than natural beauty at her disposal – they said that she was practicing witchcraft. Drowned in a well close to the church, she was buried at a crossroads where there have been reports of ghostly chains being heard dragging along the road from the church to the site. When the noise from the chains ends, a luminous ball can be seen hovering just above the ground for five or six minutes before it fades away, just like the beauty of a young girl, snuffed out by envy before she could live a full and happy life.

12) There was, it is said, a young woman in service at Thornham Hall in the early part of the 19th century, who fell in love with the Lord of the Manor’s son. The pair decided to flout convention and class barriers and marry, but the Lord got wind of their affair and made his fury clear. When his son refused to change his mind, he devised a plan and had his gamekeepers stalk her and let the dogs loose on her. When she failed to return home, the young woman’s parents went searching for her – the next morning, they found her lifeless body in the woods.Today, a road bisects the wood where the girl was murdered and while walking along this road in the dead of night, many terrified witnesses report hearing a phantom hunting pack before seeing a rose-tinted misty shape appear from the trees, the form of a young woman running from impending death.

13) Children would scurry past the gap in the hedge to the east of All Saints Church in Icklingham, through the gap was a path which, according to local legend, belonged to a witch and her ghostly white rabbit – and if you caught sight of her, she would claim your soul. It was believed that the gap in the hedge would never close and that after dark, shadowy figures and a witch with her white rabbit familiar could be seen walking through it – sometimes, the rabbit would appear alone at dusk and rumour had it that horses would bolt from the path and men died after spotting the hag and her companion.