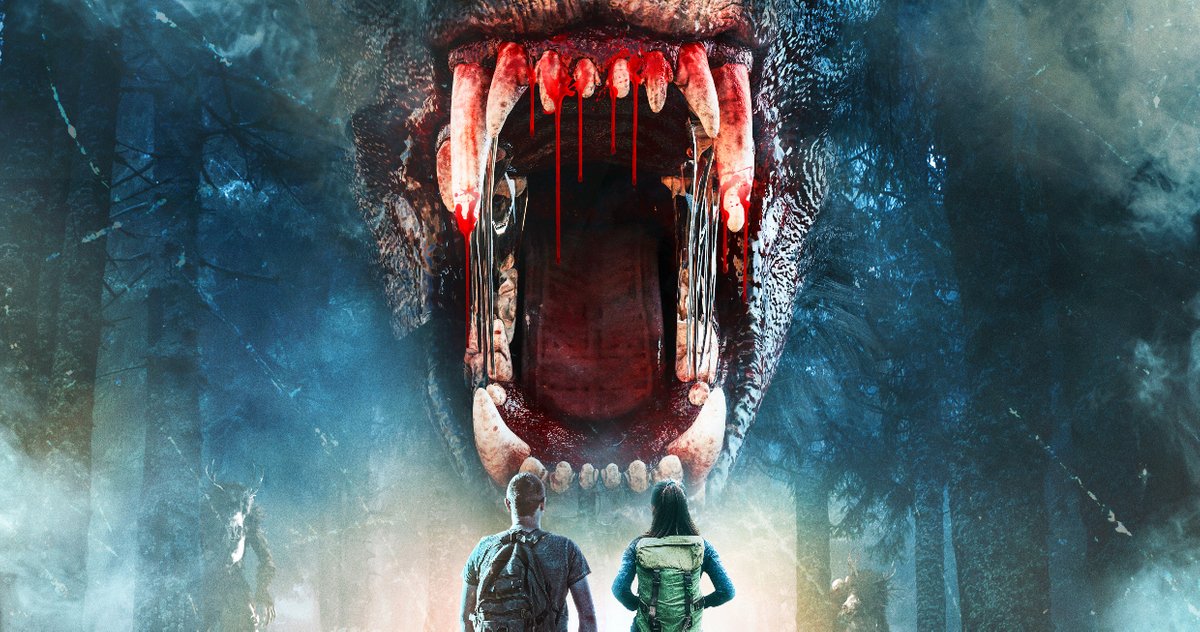 Today brings a new trailer for the upcoming creature feature Dawn of the Beast and it comes from the folks at Uncork’d Entertainment. For as many years as Bigfoot has been a prevalent figure in pop culture, we have yet to get a truly great, studio-produced feature about the creature. But low-budget entries continue to pop up from time to time, taking a crack at bringing the beast to life effectively. In this case, Bigfoot will be squaring off against another mythological creature, namely the Wendigo. This is a two-for-one deal in that regard. As we can see from the trailer, the filmmakers are trying to accomplish a whole lot with relatively little, in terms of financial resources, at their disposal.

The trailer opens up with a woman trying on a necklace that she seems quite fond of. We then see a man having what he thought would be a peaceful smoke break out in the woods at night. But a strange creature makes some unnerving noise off in the distance and it’s not long before said creature interrupts their pleasant evening. We then cut to a group of students who are studying, of all things, cryptozoology.

RELATED: On The Trail of Bigfoot: The Journey Trailer Hunts for New Evidence of Sasquatch [Exclusive]

There are skeptics among them but believers who live near the woods. As one might guess, the believers were right and there is more than one threat lurking among the trees. So far as these things go, it looks impressive enough at moments, given the apparent budget constraints. Whether or not they can put all of the pieces together and turn this into an all-around entertaining movie is the big question.

In Dawn of the Beast, in the hopes of seeing Bigfoot, a group of students set off deep into an area of the Northeastern wilderness that is known for its bizarre creature sightings. It’s not long before they learn that there is a much more sinister evil lurking in the woods; the Wendigo. Once the spirit knows you’re there, they will come for you. The movie seeks to answer the question of who will survive in a battle between the two most notorious monsters of the forest.

We are still a few months away from things getting to relative normalcy. Studios will, hopefully, begin releasing more movies in theaters as it becomes safer to do so. In the meantime, we’re still left with what is available on streaming services, or through digital offerings, for the most part. Those looking to fill the creature feature void, after consuming Godzilla vs. Kong that is, can possibly turn here to suit that need. Dawn of the Beast premieres on DVD and digital on April 6 from Uncork’d Entertainment. Be sure to check out the new trailer for yourself.

Topics: Bigfoot, Dawn of the Beast