King Kong may be the Eighth Wonder of the World, but Skull Island — the prehistoric jungle the giant ape calls home — is an awe-inspiring wonder in its own right. A horrific blend of cryptozoology and paleontology, these “Lost Worlds” are usually the setting of at least half of a typical King Kong movie, and over the years they’ve evolved (and devolved) in ways that, even when sometimes disappointing, are at least a little fascinating. While we expect to get another look at Skull Island in the upcoming Godzilla vs. Kong, the original King Kong helped to invent what modern audiences now know as blockbuster fantasy film spectacle, and Kong’s dinosaur-filled homeland played a big part in that.

But which of them is the best? Which ones capture our imaginations and send T. rex-obsessed viewers into overdrive? Which ones leave us saying “Oh, a few trees… That’s it?” From these, we have four definitive entries, found in the 1933, 1976, and 2005 King Kong films, along with 2017’s Kong: Skull Island. However, worth including for the sake of completeness are the other exotic landscapes that Kong rampages around in, places that definitely take a few cues from Kong’s original home.

Kong made a couple of appearances in Japanese monster movies, duking it out with Godzilla in 1962 and then having another Toho-produced adventure in 1967. While neither of these films traveled to Skull Island proper, they do deserve to be noted for how they incorporate the now-famous Kong iconography. Faro Island featured natives worshiping the big guy and a huge wall of sorts, while Mondo Island was full of jungles and mountains, which Kong obviously prefers. They each include a few giant animals for Kong to wrestle with as well, with Faro serving as home to a giant octopus (one of which was eaten by the special effects director after filming was over) and Mondo being a refuge to Gorosaurus (a T. rex-esque beast whose jaws Kong breaks in homage to the 1933 film) and a serpent (a kind of beast that’s become Kong’s most frequent opponent). 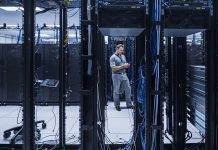