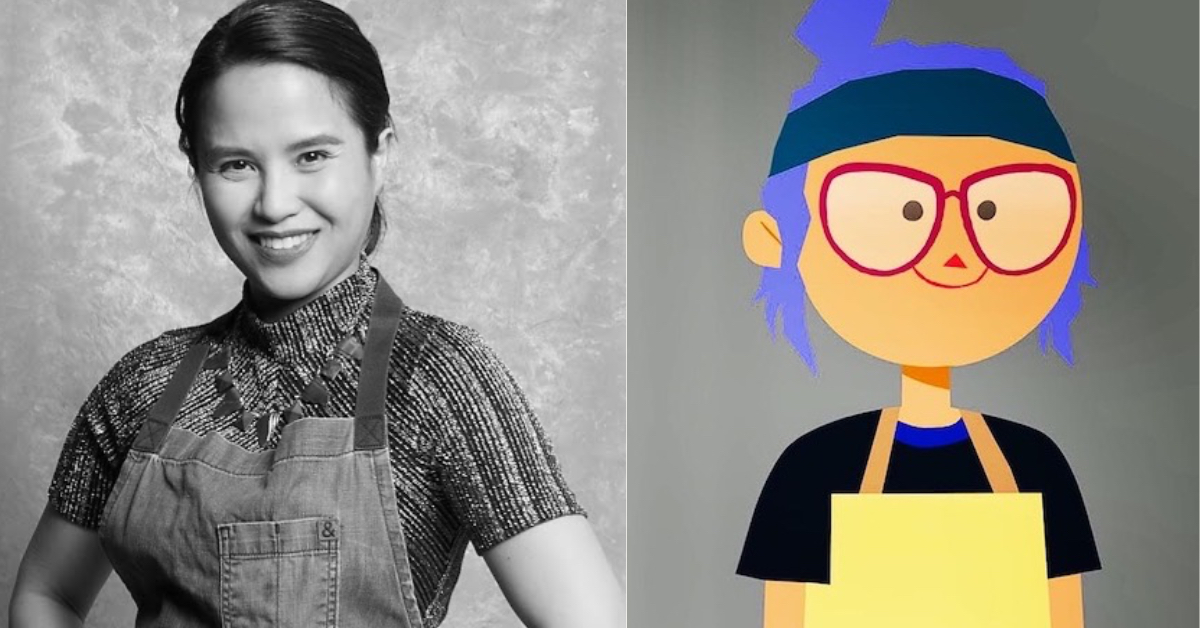 Fabro — who creates Filipino-inspired desserts and conceptual pop-ups under IsaMADE — voices Chef Jo in the first episode of “City of Ghosts,” Netflix’s new documentary-style animated series that follows a group of friends from different backgrounds as they interact with ghosts and learn about the rich history of LA’s neighborhoods.

“I’m opening an Asian-inspired eatery here in Boyle Heights, East Los Angeles,” narrates Chef Jo, who dons purple hair in a top bun and round fuchsia glasses. “I’ve been working all over LA, and this is the first time I’m gonna be able to cook my own food in my own place.”

As Chef Jo prepares for the grand opening, strange occurrences start to happen, from the sink turning on by itself to appliances being tossed out. Her friend Mariko (voiced by chef Kuniko Yagi) suggests getting help from the Ghost Club, a group of adolescents led by Boyle Heights resident Zelda (August Nuñez).

The paranormal activity uncovers the neighborhood’s Japanese community and stories of the family who owned the restaurant before Chef Jo. Along the way, the Ghost Club takes viewers inside their meeting place, the LA Central Library in Downtown, and gets a lesson in making gyoza (dumplings).

The first season of “City of Ghosts” features six 20-minute episodes featuring neighborhoods, such as Leimert Park and Koreatown, and groups like the Tongva, the indigenous people of the Los Angeles basin.

Ghosts are presented as traces of storytelling and history, rather than a haunting presence. Though a children’s show, it’s a fun, informative binge watch for Angelenos — and those who want to learn more about the city beyond Hollywood and the stereotypes — of all ages.

“There’s a lot of history out there. There are stories that people don’t know about…in these neighborhoods that are very much a part of LA, that you may just drive through or don’t know about. But they are there to be enjoyed, discovered and experienced,” Fabro told the Asian Journal.

Fabro was first approached with the project in 2018 and sat down with the show’s creator, Elizabeth Ito, an Emmy Award-winning storyboard artist and writer who’s worked on “Adventure Time” and “Phineas and Ferb.”

During the hours-long conversation, Fabro shared her experiences as a small business owner and a woman of color working at fine-dining restaurants throughout the city.

“From that first interview, they actually took a lot of that and modeled the character of Chef Jo after what I had said,” Fabro said. “They sent me artwork too. There were different character designs of what they thought maybe Chef Jo would look like and it’s definitely me.”

Fabro, born in Canada to Filipino parents, was raised in LA where she went on to work in the music and film industries in her 20s before attending culinary school and charting a career in food, first on the savory side before pastry.

After a life-changing trip to the Philippines, she ventured off on her own to start IsaMADE, which puts Filipino flavors at the forefront.

Some of her popular pastries include: coconut malas, a hybrid of Hawaiian malasadas and Filipino sweet rice balls carioca; mango royale pie, an icebox cake inspired by crema de fruita; and Food for the Gods, chewy bars comprised of dates and nuts often associated with the Christmas season.

“I really threw myself into [‘City of Ghosts’]. I’m kind of a cartoon character already,” Fabro said. “I love all kinds of creativity and storytelling…I would totally do it again.”

“City of Ghosts,” which premiered on March 5, is now available to stream on Netflix. 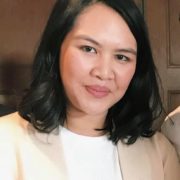 Christina M. Oriel is the Managing Editor of the Asian Journal Weekly Newspapers.