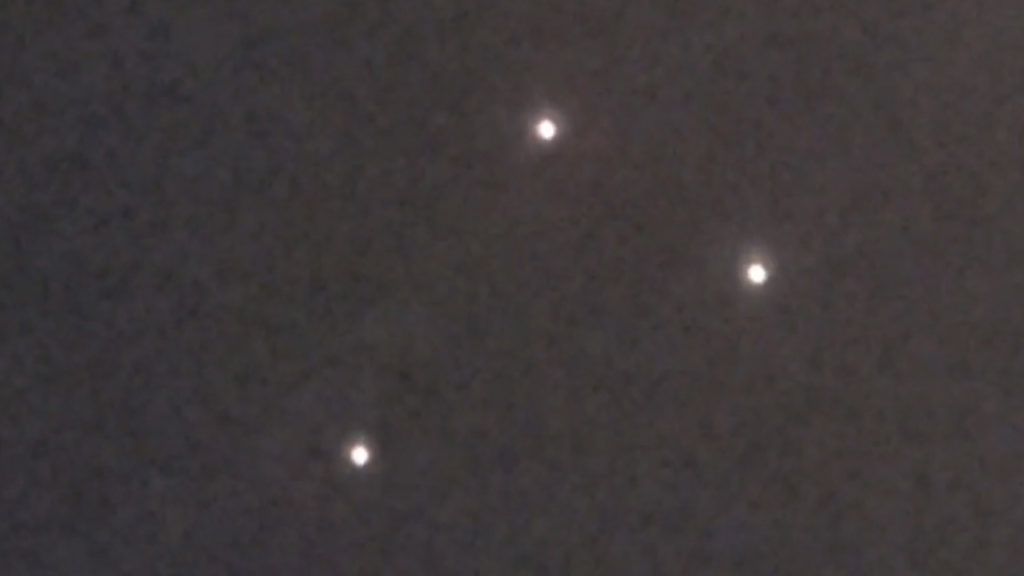 This triangular-shaped UFO formation was caught on tape in the night sky above Thornhill, a suburban community in the Regional Municipality of York in Ontario​, Canada on 20th March 2021.

Witness report: Girlfriend and I first observed several glowing orange red orbs in triangle formation around 9 pm. They hovered and moved north for several minutes before eventually disappearing behind trees. we followed outside. saw a plane coming in for comparison…then immediately noticed 3 glowing orbs in triangle formation directly behind us. they were silent and were observed for several minutes before they disappeared from view.