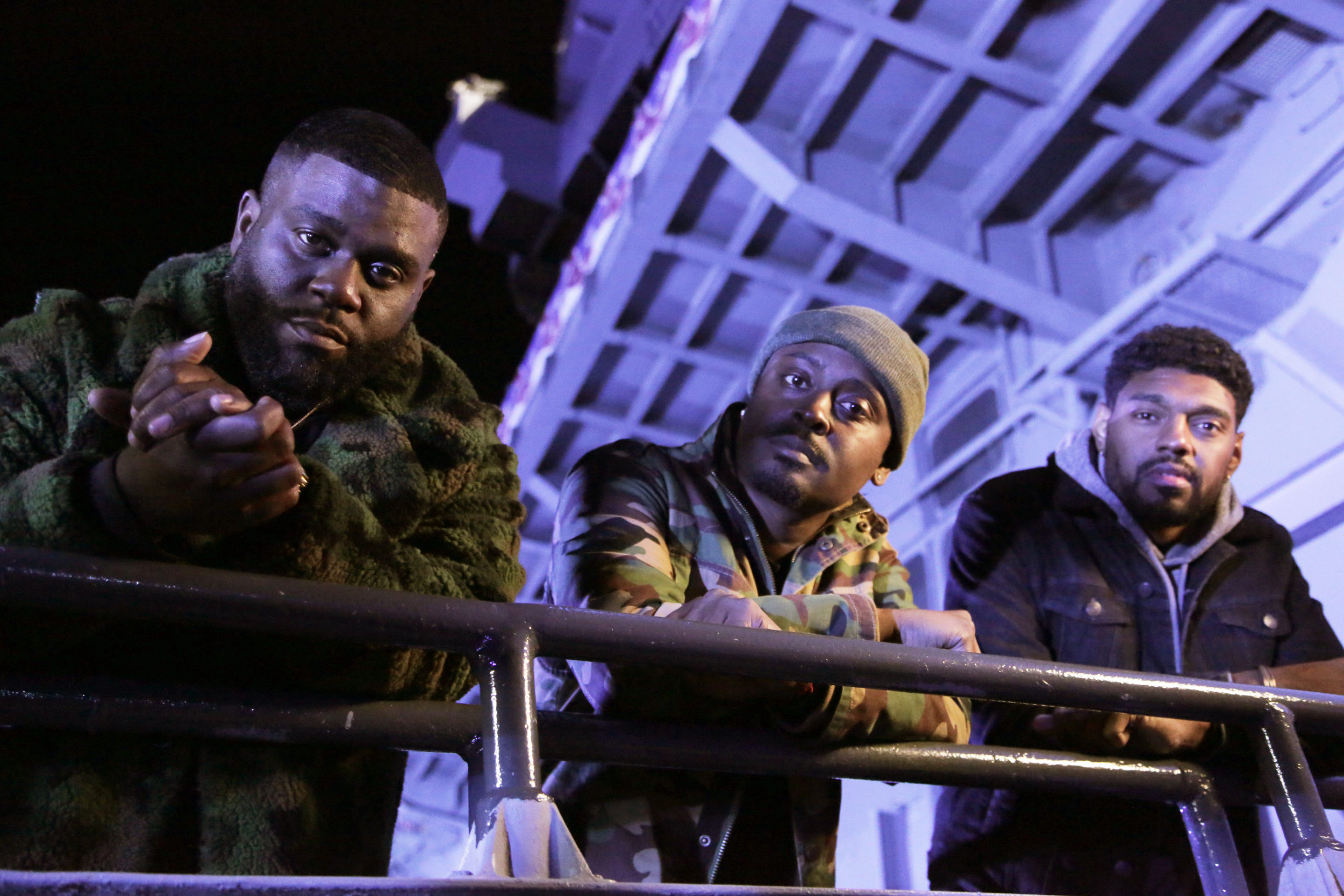 If you’re into a mix of paranormal experiences, ghost stories, and laughs galore – then you’ll be happy to know that The Ghost Brothers provide all of the above. Comprised of Dalen Spratt, Juwan Mass and Marcus Harvey – The Ghost brothers are a best friend/paranormal investigating trio based in Atlanta, GA. The team specializes in locating and booting ghosts from homes all around the country, while documenting it all on their Discovery+ show Ghost Brothers: Haunted Houseguests. It must also be added that the team of ghost hunters are the only known paranormal African American team to date in the U.S. Ghost Brothers Discovery+ Fright

Touring the country looking for ghastly experiences isn’t enough for the brothers though – the team is adding to their paranormal portfolio with two new shows hitting Discovery+: Fright Club (which premiered on the streamer February 9th) and Ghost Brothers: Lights Out. In Fright Club, the brothers join forces with rock heir, Jack Osbourne, to reveal the most mind-blowing supernatural footage caught by everyday people they can find. They speak to the terrified eyewitnesses who captured it and get insight from psychic mediums, UFOlogists, cryptozoologists and other renowned experts, before deciding on each episode’s “nightmare clip”.

The three met during college at the “AUC” as Dalen mentioned (assuming that they all went to HBCU’s – we love to see it) in our sit down, and as if ghost busting doesn’t keep them busy enough – all three of them have career paths outside of hunting the haunting. Dalen is an entrepreneur, fashion designer (a men’s suit collection called Loren Spratt) and the adventurous ring leader of the group, Juwan, Dalen’s fraternity brother and BFF has a huge heart and is an Eagle Scout and Marcus, the most spiritual member of the group, is a father and celebrity barber.

Their upcoming – Ghost Brothers: Lights Out – Marcus and Juwan kick off each investigation by entering haunted sites without any prior knowledge of the paranormal territory they are walking into. Dalen, however, knows all the creepy history. Observing from a mission control center, Dalen guides his friends through the most active areas of the property. Going in blind, Marcus and Juwan must discover for themselves what matches up with the legend and what does not.

Between The Ghost Brothers three shows, there is sure to be something to satisfy every walk of life…or death. The latest edition to their scare roster is Ghost Brothers: Lights Out, which is set to premier on Discovery+ Saturday, April 17. Keep scrolling to see the hilarious sit down Blackfilm had with The Ghost Brothers.