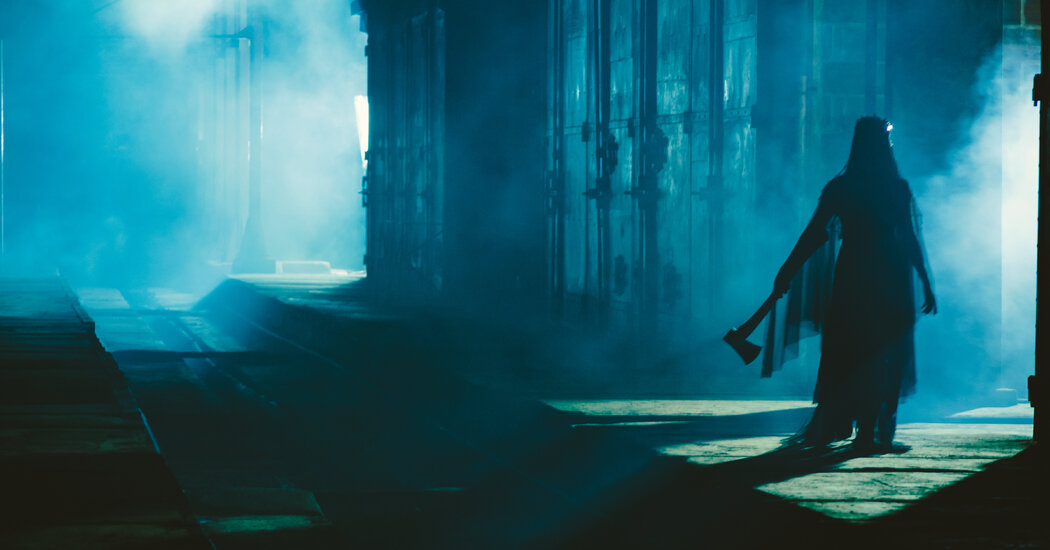 While some people escape into big adventure movies and romantic comedies, others prefer the cathartic release of make-believe terror. Horror has thrived on our screens since the silent era, and has adapted to the times and audiences — and modes of distribution, from spooky stories told by candlelight to graphic gore piped to a tablet.

Here is a survey of the horror offerings from the main streaming services. (Note that except for streaming originals, titles are on a rolling basis and can appear or disappear overnight.)

Subscribers to Amazon Prime have a bulging vault at their fingertips. You will easily locate, for instance, such recent favorites as Luca Guadagnino’s remake of “Suspiria,” and Ari Aster’s “Hereditary” and “Midsommar.”

But the real pleasures come from digging deeper. Oh, the scary places you’ll go: from the silent “Nosferatu” (it still works) to the Roman Polanski “is she or isn’t she?” classic “Rosemary’s Baby” and the underrated B-movie “The Crazies,” in which Timothy Olyphant battles the titular zombielike hordes. The sheer abundance can be overwhelming, but inquisitiveness is rewarded.

And there is more to come: Amazon recently announced an eight-film co-producing deal with Blumhouse Productions, the company behind “Insidious” and “Get Out.”

Looking to catch up on influential classics? HBO has David Lynch’s “Eraserhead,” William Friedkin’s “The Exorcist” and Georges Franju’s “Eyes Without a Face,” whose impact has not dimmed 60 years after its release. All in all, this platform will give horror newbies a solid base, while advanced students will find many films (and series like “Lovecraft Country”) to nibble on.

Hulu does not have a huge horror catalog and mostly focuses on recent releases. Still, the platform is a haven for viewers who want to be scared but either don’t have the stomach for ultraviolence or prefer art-house stylings: think “A Quiet Place,” “The Cabin in the Woods,” the harrowing “The Nightingale” or the still-upsetting “Hellraiser” (from 1987, which qualifies as vintage on Hulu). Worth adding to your queue are two excellent subtitled spins on major subgenres: the Swedish “Let the Right One In” (vampires) and the Vietnamese “The Housemaid” (ghost story).

The streaming behemoth does not have the most high-profile horror films; it just has a lot of horror films, most of them no older than 10 or 15 years. Noteworthy titles include “The Witch,” “Sinister” and the influential likes of “Poltergeist,” “Candyman” and “Paranormal Activity.”

Netflix has also brought in worthy originals like the cult favorite “The Platform,” a pitch-dark Spanish science fiction allegory that will make you think twice before chowing down on your next meal; the French Canadian “Ravenous,” a superlative take on the zombie apocalypse; and the Stephen King adaptation “Gerald’s Game,” led by a brilliant Carla Gugino. (Other King adaptations on Netflix include “1922,” the 2002 remake of “Carrie” and the series inspired by “The Mist.”)

Finally, Netflix has also delivered two series that are well worth a look: the subtly spooky “The Haunting of Hill House” and “Black Summer,” a fantastic take on the zombie-outbreak genre. (“Stranger Things” has horror elements but is more of a science fiction thriller. Feel free to disagree.)

Owned by AMC Networks, Shudder is a niche service best for those who have already seen most of the horror classics — though if you haven’t, it has the original versions of “Night of the Living Dead,” “The Texas Chainsaw Massacre” and “Halloween.”

For more rarefied experiences, the international section has quite a few blood-soaked goodies: the Italian gore master Lucio Fulci’s “Zombie” and “City of the Living Dead,” the brutal French survival tale “Revenge” and the new Guatemalan critical darling “La Llorona.”

In terms of series, Zachary Quinto shines as an evil soul-eating being in AMC’s supernatural “NOS4A2.” The stylish Shudder original “Deadwax,” about a vinyl LP that kills those who listen to it, loses steam as it goes along, but the first four (of eight) episodes are stellar — and they are only 15 minutes long. Speaking of cursed media: You can pair “Deadwax” with Hideo Nakata’s J-horror classic “Ring,” about a killer videotape.

Sure, Shudder has quite a few bottom-of-the-barrel picks (who doesn’t?), but it is high class compared to its competitor Screambox, which relies heavily on microbudget exploitation flicks (sample fare: “Virgin Cheerleaders in Chains,” “Dimension Z”).