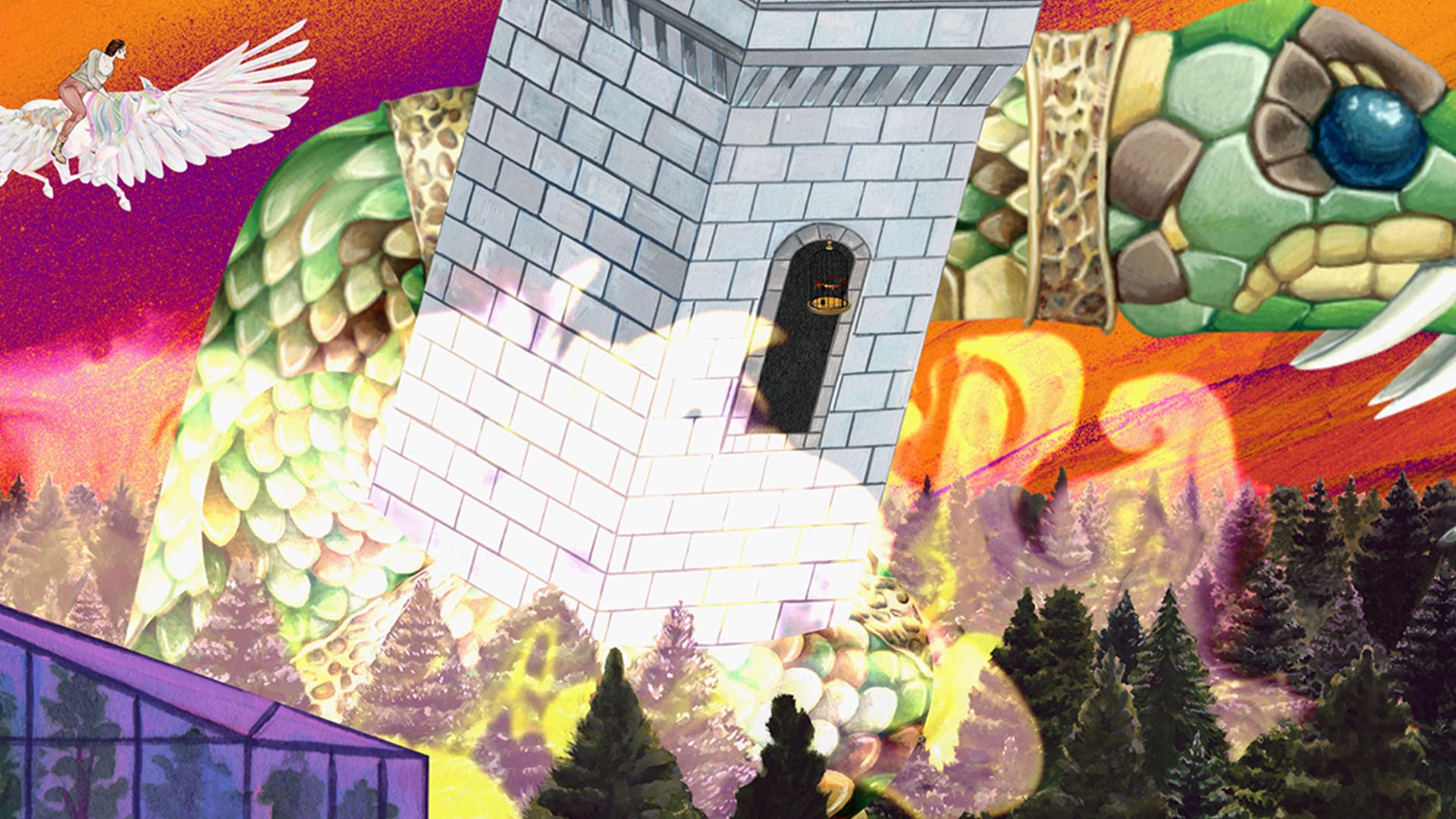 Borrowing cinematic tricks from established films and genres, Cryptozoo is a mostly successful adventure with the lesser known creatures of mythology.

The animated feature comes from filmmaker Dash Shaw. His previous film, 2016’s My Entire High School Sinking Into the Sea, is whimsical and funny, and not afraid of its own absurdity or affection for its own cleverness, and Cryptozoo embraces this same approach to its own theme.

Cryptozoo begins like any typical slasher film. Mind you, the film itself is anything but a horror film, but it borrows heavily from that bloody goodness to get things going. A young couple are having sex and getting stoned out in the woods, where they shouldn’t be. The man’s flagrant disregard for things like warning signs and giant fences leads to his death by unicorn. Yup, a unicorn. This is where Cryptozoo folds in the cryptids that fill its world. Not only is this a world where magical beasts exist, they can be deadly and they need protection from humans as well.

At least that is the loose premise behind both the film Cryptozoo and the titular cryptozoo being built in the film. Some humans who work with cryptids believe that they should be protected, and in a zoo, away from the humans who wish to exploit these magical creatures for their own benefit. These exploiters just so happen to be the US government and army. While these bad men with guns are far from sympathetic characters, their contrast to the cryptozoologists calls to light the shortcomings of that side of the battle as well. The proposed zoo sounds closer to an amusement park than a research station or nature preserve. While that may be the better option for these creatures between the two, neither faction truly has the cryptids’ concerns at the center of their plan.

The animation in Cryptozoo is understated and beautiful. There are times where we get to watch these extraordinary creatures, and study them in their truest forms. These are the richest moments in the film, and clearly the draw for anyone who might be interested in watching a film all about cryptozoology. Shaw deserves some credit for knowing the best way to keep attention and intrigue in these magical beasts.

Where Cryptozoo truly falters is its plot and the heavy handed lessons within. While there is something to say about imprisoning creatures that have done nothing to deserve that treatment, Cryptozoo barely goes beyond its obvious nod to Jurassic Park to deal with the actual issue at hand. True, these creatures shouldn’t be caged, but after seeing the actions of the military, they are not safe in the wild either. Bringing up a complex issue only to propose it can be solved by a simple solution feels a little hollow and contrived. This is not to say that Cryptozoo is at all childlike or naive, rather it feels a little unconcerned with the integrity of its own plot.

When Cryptozoo lets us turn our focus on the creatures within its world, it shines. Luckily it has enough sense to often let us do just that.

FROM AROUND THE WEB