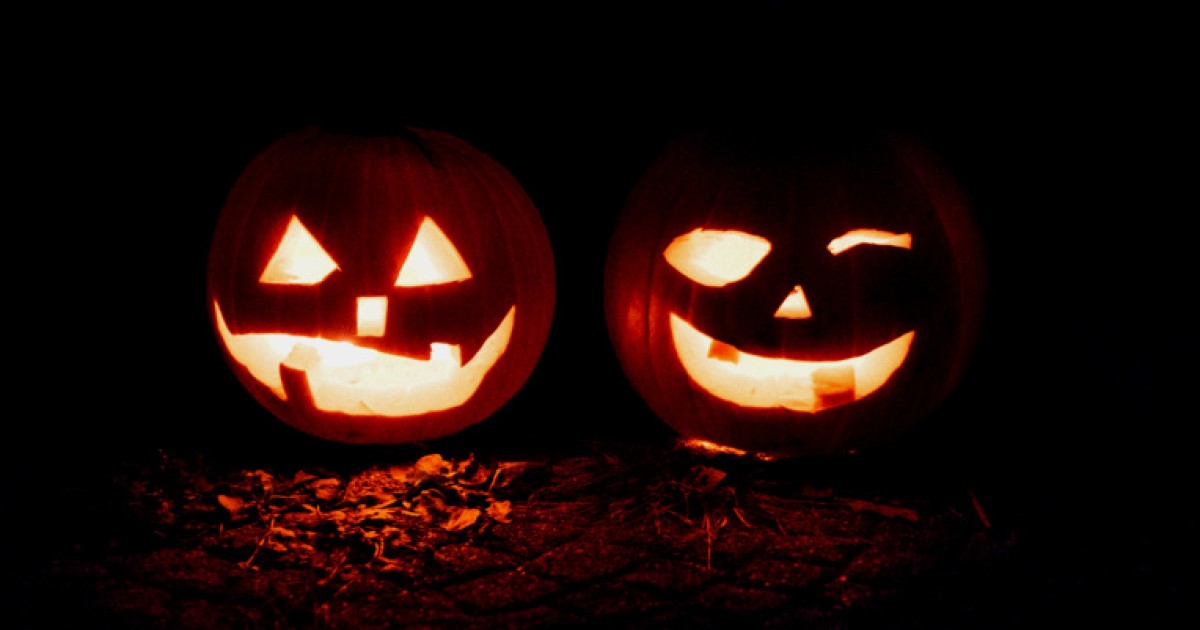 Los Angeles is a city of storytellers. And with places like the Hollywood Roosevelt hotel, the Queen Mary and Griffith Park encounters with the paranormal abound.

So, in the true spirit of Halloween, we wanted to share some of the most ghastly ghost tales we heard from fellow Angelenos.

Just try to get through this post without getting chills.

About five years ago, while Coral Barreiro was working at the L.A. Zoo., she suddenly heard a woman singing scales just outside of the zoo.

“It was a very eerie song, a very strange song… the sound was haunting,” she says. “I couldn’t stop thinking about it throughout the weeks.”

When she asked one of the keepers at the zoo that works that particular area, he said that he, too, has heard the woman singing.

A few months later, the same zookeeper told Barriero, he too, has heard the woman singing scales. And then he began to see her in a yellow raincoat, just beyond the zoo’s perimeter fence. And when she turns around towards him, she doesn’t have a face.

THE HAUNTING AT THE ROXY ON SUNSET

David Tobin managed The Roxy nightclub on sunset from 2003 to 2006. During his time there, he had quite a few spooky encounters, but none as creepy as the one that took place one Sunday night in 2003.

It was just Tobin and one of his waitstaff were alone in the club going over plans for a new promotion. That’s when the noises started.

First, it was a couple of slamming doors from within the club that Tobin and his co-worker tried to brush it off, but then the banging sounds started.

“So we started to freak out. We couldn’t move. We’re in the corner booth and all of a sudden we heard feet banging on the steps 1-2-3-4-5-6 halfway up the stairs and stopped. At that point, we grabbed her stuff and ran out the back door freaked out of our mind because there was no one in the building. There was only us.”

Tobin describes it as “a pretty amazing experience.” The Roxy has seen many legends come through their upstairs and down on the stage. “So it made sense that there was someone there,” said Tobin, “I just didn’t stay around to find out who it was.”

THE HOODED FIGURE IN A SAN PEDRO WAREHOUSE

Some coworkers complained of an eerie energy in the warehouse, but she didn’t put much stock in those complaints. Even when a forklift operator quit on the spot after supposedly having seen a ghost, she remained skeptical:

“He gets out of his forklift comes running to me with the pale face and tells me, ‘I’m not staying here. There’s ghosts here. Someone just hit my forklift, but no one’s here. I’m leaving.'”

She could do nothing to convince the operator to stay and didn’t think much of the incident until a few weeks later. There was an accident with another operator. As is customary, they wrote up a report and took photos of the spot in the warehouse where the accident took place.

“So when we took pictures… we noticed this shadow on a picture that kind of reminded me of either a priest or like something weird that had this hood this cape on, and it was really eerie.”

THE GHOSTS OF KAGEL CANYON

When West Covina accountant Barry Reimer was living in unincorporated L.A. County’s tiny community of Kagel Canyon, some odd things started happening in his home. They culminated one quiet night while Barry tried to sleep. He woke to the sound of his front door knob shaking back and forth, as if someone was trying to get in.

Reimer gathered his courage, walked over to the living room and yelled “Someone lives here! Go away,” he figured it was a squatter who assumed the house was empty and abandoned. And although that experience was unnerving, he went back to sleep. That’s when things got weirder.

“All of a sudden, I hear this sound, it sounded like children or high-pitched cackling. They were inside. I look over and I see a transparency of 10, 12 ghosts. These apparitions, you could see right through them and they were just kind of floating.”

The apparitions took off up stairs when Reimer confronted them, and they left behind the smell of a burnt match. After that incident, Reimer packed up his things and moved out, but to this day, he recalls very clearly the burning smell the ghosts left behind.

Frank Ayala used to work a job at an address that had the numbers 666 in it. He would start at midnight, and the lighting at the building was practically non-existent. To mitigate this, he’d have to wear a headlamp to do his work.

On the day of the incident, he arrived punctually at 12 a.m. It was just him and another worker, who had arrived an hour earlier and was on the other side of the building. As Ayala set up his tractor to begin his routine, his phone rang.

It was his daughter, who would call him two to three times a week around midnight, while she was getting off work. He continued to do his work while they chatted, when suddenly he heard the voice of a man clearing his throat.

“Pa,” his daughter said on the phone. “is someone there with you?”

When Ayala turned around toward the sound of the voice, his headlamp light shined on no one. Ayala turned back to his work, and he heard it again — only this time even louder.

He gathered his courage, turned around again, and said, “I come here to do a job, I don’t bother anyone and I don’t want to be bothered.”

From the dark, he heard a long, low chuckle. Ayala returned to his work and never encountered the voice again.

A little more than 20 years ago, Mark Roeder was living in an apartment in Koreatown. Everything was fine until… it wasn’t.

Then one night, while Roeder was washing the dishes, completely home alone when suddenly, he felt as if someone pushed him.

The last straw came a couple weeks later, Roeder and his wife were going to go see a movie, they were halfway out the building when he realized he had forgotten something in his apartment. “I run up to go get it, and as soon as I walked through the door to the apartment, I just feel some kind of negative presence. And all I can understand from this presence is that I’m not supposed to be there.”

A couple days later, the couple began looking for another place to live.

“We’re packing up to move and the next door neighbor says, “‘Oh, you guys are moving? That’s too bad. Did anything weird happen?” I said, “What are you talking about?” He said, “Oh. The guy who lived here before you, he killed himself in the apartment. We found him dead in the bathtub. He’d been in there for about three weeks.”

Not all ghosts are bad.

Julie Greenberg currently lives in Long Beach, but her story takes place about 20 years ago when she was working the door at a rock club. The building was a residential home decades earlier, but remnants of its past life remained. Specifically, Joe.

Joe was a man believed to have lived at the rock club when it was a residential building. Not much is known about Joe, though the story went that he fought in World War II.

Once the building was turned into a rock club, Julie would often catch glimpses of him.

“I saw Joe several times at the club. His image never frightened me. When I would see his image moving in front of the stage for more than 30 seconds, I knew he liked the band.”

It’s been years since Greenberg worked at the club, but she says she still drives by that corner and although the building does not look like a house anymore, she hopes that “Joe is still dancing.”