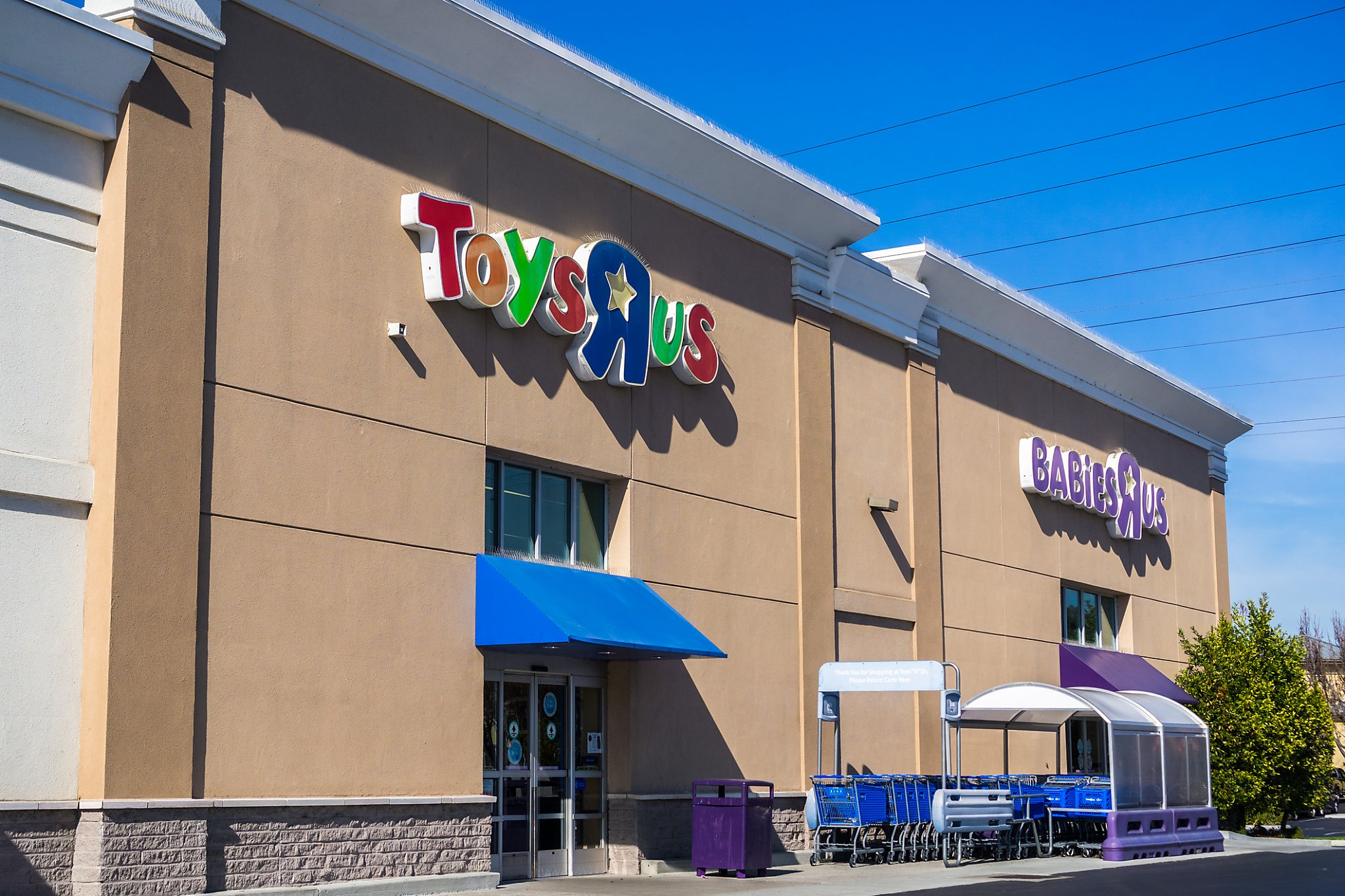 When Sunnyvale’s Toys R Us closed in 2018, it didn’t just take baby strollers, action figures and coloring books with it. It ended a chapter of one of the Bay Area’s most well-known and enduring ghost stories.

But life has come again to the vacant big box store: REI announced this week it will be moving its Mountain View location to the former Toys R Us at 130 East El Camino Real. It’s expected to open in the fall.

“Our store team is incredibly excited about the relocation and eager to get more involved with the Sunnyvale community. The Sunnyvale location will provide more than 1.4 million lifetime REI members in Northern California with the gear and resources to enjoy the outdoors in the South Bay,” said Kirk Peterson, REI regional director for Northern California, in a statement.

The store was originally built in 1970 as part of Toys R Us’s expansion to California. Almost immediately, employees reported strange happenings. Toys would fly off shelves, people felt phantom touches, and faucets turned on and off by themselves. It became legendary among paranormal investigators in the late ’70s, when it played host to several seances by psychic Sylvia Browne. One of those seances was shown on the popular program “That’s Incredible,” launching the store to international fame.

In the episode, which features a number of delightfully terrible reenactments, Browne tells the story of the so-called Toys R Us ghost. According to Browne, she was able to make contact with the ghost, a laborer on the farm that once stood on the spot of the new store.

“As he walked down the hall toward me, he kept saying, ‘Have mercy on me, Beth,'” Browne related.

She also claimed she intuited the ghost’s name, Jan “Johnny” Johnson, and his suitably cinematic backstory. Johnson, a traveling preacher from Sweden, sometimes worked on the Murphy farm in exchange for room and board. While working there in the 1880s, he fell in love with the Murphy’s daughter, Elizabeth. But his love was unrequited. Elizabeth ran away with a lawyer from the East Coast, leaving Johnny broken hearted. One day, while chopping wood, Johnny’s ax slipped, gouging him deep in the leg. He slowly bled to death, and his unsettled ghost has roamed the property ever since.

The story is now part of canonical ghost lore, but a look back at primary sources reveals scant evidence for any of it.

For starters, the dates are all wrong.

Elizabeth had been dead for years by the time the story takes place; she died at the age of 30 in 1875. She also didn’t “run away” with an East Coast lawyer. She was married in grand fashion to William Taaffe, the son of a wealthy dry-goods merchant from San Francisco, in 1863. The society event joined two of the young state’s most prominent families.

(We also gave the legend the benefit of the doubt, and looked into the lives of Elizabeth’s children for a suitable substitute. She had twin girls, named Mollie and Mattie, but neither ever married.)

A look through California census data from 1860-90 turns up a number of farm laborers born in Sweden who were living in the Sunnyvale area, but none meet the right specs for Browne’s Jan Johnson. Similarly, searches through California newspapers find no account of a grisly ax death on the Murphy property, despite many internet retellings of the tale claiming “old news clippings” mention Johnson.

Finally, there’s that pesky “Beth” detail. According to family records and obituaries, Elizabeth went by Lizzie, not Beth.

Jan Johnson aside, the Murphys were one of early California’s most fascinating families, and the subject of enough drama without invented ghost stories.

Martin and Mary Murphy, a married couple from Ireland, were in the first wagon train to cross the Sierra Nevadas, blazing the trail that would soon be known as Donner Pass. During the winter of 1844, Mary gave birth to Elizabeth, who was famous throughout her life as the first pioneer child born in California. Several weeks later, baby Lizzie fell into the Yuba River; luckily, her father was able to fish her out. Forever after, her middle name was “Yuba.”

Once settled in the Bay Area, Murphy bought the Spanish land grant known as Rancho Pastoria de las Borregas in present-day Sunnyvale. There, they built the area’s first wood-frame house, Bay View Ranch, and planted the first orchards. Before long, the Murphys were rich and influential, hosting political and social events at their ranch, and helping establish both Notre Dame College in San Jose and the University of Santa Clara.

When Elizabeth married, the Murphys gifted her and her new husband William Taaffe 3,000 acres — today all of Los Altos Hills — as a wedding present. Elizabeth Way and Taaffe Avenue in Sunnyvale and Elizabeth Avenue in Los Altos are named after them.

In 1881, the Murphys famously held their 50th wedding anniversary gala on the ranch. Six thousand guests allegedly showed up, making it the largest party in California history up until that point. The San Francisco Call said they were feted in “truly regal style.”

Those who still believe in the haunting of the Sunnyvale Toys R Us have no shortage of ghostly candidates. Mary and Martin’s eldest son, James, died of consumption in the house in 1851. Elizabeth died young, too, as did her husband, who passed away in 1869.

Then, there’s the strange case of Fred Hoffman, the brother-in-law of Elizabeth and William’s son Martin. Hoffman died on the property in 1894 when he was working on a pump in the farm well. Unfortunately for Hoffman, the well was next to a leaking gas tank. After he failed to show up for dinner, he was found dead at the bottom of the well, asphyxiated from gas fumes. When Martin went down to retrieve the body, he unwisely lit a candle to guide his way. The Call reported he was blown out of the well by the explosion. Martin was badly burned, but he survived.

After Sunnyvale Toys R Us shuttered, though, the building went back into action occasionally — and in the most fitting reincarnation possible. During the fall, it was sometimes home to a Spirit Halloween store.

But just because it isn’t a Toys R Us anymore, that doesn’t mean the ghost in the aisles will disappear. Most ghost hunters believe apparitions are tied to the soil, not the structure, so REI may get an unexpected tenant in the deal.

There’s also a belief that construction can stir up ghostly activity. So perhaps REI employees should keep an eye out: The Toys R Us ghost (or publicity stunt, depending on how you view it) may be ready to make headlines again.