David Holthouse — the documentarian at the center of Sasquatch — is a man who is afraid of monsters. He’s not a cocky reality TV cryptozoologist, double-daring horrors to appear. He’s more honest than that. While watching the new docuseries, you get the feeling that this investigative journalist would be happy to find the famous tracks of his quarry because it would be proof of some kind of truth, no matter how horrible. He has his reasons.

Over the three hours of Sasquatch, Holthouse takes us along while he attempts to answer what exactly is lurking in the woods of Northern California. From the “squatchers” who chase the legendary lost primate of the American wilderness to outlaws of all stripes looking to evade notice in the backwoods, we meet the folks who make their lives there. Holthouse digs back into history to paint his ethnography of the region: the colonial massacres of indigenous people, the influx of loggers and industry that destroyed the redwoods, the post-hippie drift of families, and horticulturists who got themselves off the grid. We meet men named Razor and Ghostdance and others whose names are never revealed – they are too dangerous.

Basically, the series is not something you want to watch with the family. Sasquatch is made for existential late-night solo binging. What you’ll get out of of the series isn’t entirely clear, but Hotlhouse’s specific brand of earnest honesty is sort of what makes the whole thing fantastic. On some level, you can imagine yourself as this guy. Not like literally him, but if things went a certain way in anyone’s life, might we all get obsessed with the legend of the Sasquatch?

Holthouse introduces us to people who operate outside the paradigms of common sense. People who collect modern versions of the legends of the Wild Man of the area. He interviews Bob Gimlin, the ninety-year-old man who filmed the Gimlin-Patterson footage of 1967, which is still cited as the principal evidence of the Sasquatch’s existence. He also interviews Bob Heironmous, the man who claims to have been wearing the Bigfoot suit in that film. We meet an anthropology professor with plaster casts of footprints and amateur hunters who warn that the alleged creatures can in fact be dangerous. “They just see us as a slab of beef,” one warns. “Don’t trust them.”

In one particularly harrowing interview, a retired police officer breaks into shuddering tears recounting his close encounter with a creature in the forest he could not explain. Crossing a stream towards him recounts the terrible smell, the mats of fur he describes as having seething, inhuman animosity. He believes he barely escaped with his life.

Sasquatch is an exercise in pulling back layers. While Holthouse is ghosted by private detectives, meets paranoid addicts in parking lots, and continues to knock on the dead ends he repeatedly stumbles up against, we get the feeling that he’s steadfastly ripping apart a rotten onion.

His dedication to the inquiry and his fear as he inches closer to some semblance of truth reads like an allegory on investigative journalism. Whether or not he’ll find answers at the dark heart of the story he’s chasing is the great mystery of the series, but one gets the feeling that no matter what it looks like, he’ll find monsters.

Sasquatch is three parts and it’s all streaming on Hulu. 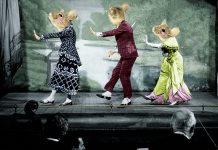 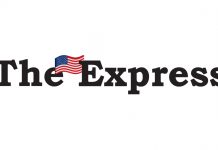