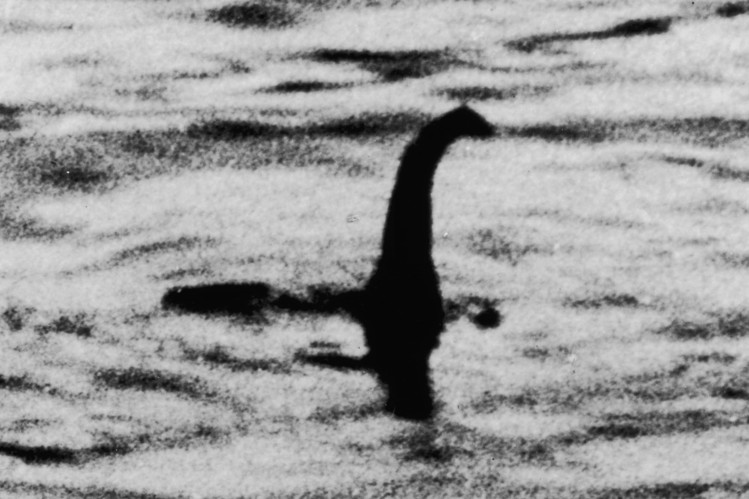 Fans of cryptozoology—”the study of hidden animals”—are used to not being taken seriously. So they might have been flattered to discover, in 2004, that the acclaimed director

was supposedly making a film about the Loch Ness Monster. “Incident at Loch Ness,” a mockumentary about the making of this apocryphal Herzog film, reveals the German auteur as a voice of skepticism. Yet “Incident” ends with what appears to be an actual sighting of Nessie, which Mr. Herzog captures on video. The question raised here is, who is duping whom?

In “Abominable Science,” a book about cryptozoology and the often shady history of its practitioners,

have no doubts. They offer us a sharp analysis of the quest for unreal critters—cryptids, as they are called—and the people who pursue them, shining an arc light onto the hoaxes and faked photos, the made-up films, faux corpses, delusions, lies and plain bad science that plague the field.

The tone is set in their chapter on Bigfoot, which kicks off their disreputable miscellany. Bigfoot was born in 1957 in the Canadian town of Harrison Hot Springs. As a publicity stunt, the town council had decided to embark on a hunt for a folkloric creature called the Sasquatch. Even before the search had begun, reporters flocked to the scene. “Perhaps never before has a tourist resort achieved such publicity without actually doing anything,” crowed a local newspaper owner. Other towns took note, and soon Sasquatch migrated to the U.S., where he was rebranded as Bigfoot and, in the authors’ wry phrase, “became a break-out American hit.”

This time the location was the region surrounding Bluff Creek, Calif., and there weren’t just rumors but footprints to admire. Most of these were “discovered” by one

a construction contractor who had a happy knack for being in the right place at the right time just after the creature. After Wallace’s death in 2002, his family revealed a set of strap-on wooden feet that Wallace had used to create the tracks.

let loose upon the world a reel of grainy black-and-white film that shows a lumbering, fur-covered humanoid striding through the forest and looking wistfully back at the camera. Regarded by enthusiasts as the “most important” evidence for the beast, the Patterson-Gimlin film is seen by detractors as one of the foremost pieces of flimflam in the history of pseudoscience. Studied frame-by-frame by members of both camps, it has been restaged repeatedly and even simulated on computers, with both sides claiming vindication.

Like Bigfoot, the Yeti was a figure of folklore who underwent a public-relations makeover. Although local Tibetan tales had alluded to a strange hairy creature inhabiting the high mountains, it was thought to be a bear or a religious mystic who had retreated into seclusion. Then, in 1921, an English exploration team found tracks that the media latched onto. A journalist named

attributed them to an “abominable snowman” and a legend was born. In 1951, when the leader of a Himalayan expedition that included

produced a photo of a yeti footprint, the world went nuts. Was the photo a prank, a hoax or the real thing? Debate continues to rage.

One of the delights of this book is watching not only the evolution of cryptid myths but their migratory paths. Other chapters in “Abominable Science” tackle the long lineage of sea serpents from around the world as well as “the African dinosaur,” Mokele Mbembe. This supposed creature of the Congo is now routinely described as a brontosaurus, but as the authors make clear, it wasn’t always. One early account speaks of a “half elephant, half dragon” swimming in the rivers of Rhodesia, hundreds of miles away from Mokele Mbembe’s purported present environs.

The authors themselves are from diverse backgrounds. Mr. Prothero is a paleontologist at the Los Angeles County Natural History Museum who has written against creationism. Mr. Loxton is the editor of Junior Skeptic magazine and was obsessed with cryptids as a child. His attitude toward his subjects is more forgiving than that of Mr. Prothero, and he is witty in his self-appointed role as “skeptical enthusiast.” Mr. Prothero plays the part of a disapproving parent, and his tone sometimes borders on the curmudgeonly. They write alternating chapters, and while this makes for a slightly bumpy journey, the juxtaposition allows the authors to have their cake and eat it too, giving us a stern critique and at times a good deal of fun.

This sense of enjoyment is important, since scholarly critiques of cryptozoology often fail to appreciate that, for most people, these things simply are cool. More than that, they arise in response to a particular human need: In an age of reason, cryptozoology allows its adherents to retain—or pretend to retain—a faith that fabulous things are possible right here on earth. As one Bigfoot “researcher” explains: “We just like to think that there are wild things in our world that are bigger and wilder than us.” Who doesn’t enjoy a good beastie story? If you can’t ‘fess up to loving cryptids for themselves, and need the support of skeptical inquiry to indulge, you can’t do better than this entertaining and thoroughly documented book.

once remarked that “an ocean without unnamed monsters is like sleep without dreams.” Most of us understand the difference between our dreams and daily life, but the boundaries aren’t always crystal clear. Moreover, while it is highly unlikely that a new species of hominid is lurking in the backwoods, let us not forget that in 2003 actual scientists discovered the fossils of a race of recently extinct “Hobbit people” in Indonesia, who died out perhaps as recently as 12,000 years ago. The authors note that several major new, or thought-to-be-extinct, species—gorillas and coelacanths—have been discovered in the past century.

Messrs. Loxton and Prothero would have us believe that cryptozoology is a threat to mainstream science, yet the case they make for this claim is weak. In the final chapter, they rail against the parlous state of science literacy in America and argue that believing in cryptids feeds anti-science tendencies. Blaming science illiteracy on Bigfoot seems a bit unfair. A more sensible case can be made for the reverse view: that it is a dearth of good science education that feeds a belief in cryptids.

The main threat that cryptozoologists pose is to waste the time of academic zoologists, whom they pepper for feedback about their latest pieces of “evidence”—photos and feces and the like. Mainstream scientists are free to ignore these importunings, and mostly they do. As the authors insightfully note, part of what the people who do believe in Nessie or Sasquatch want is to be seen as real scientists doing real scientific work. Cryptozoologists believe in the idea that important things can still be discovered by ordinary, untrained people. Sadly, that is probably the true fantasy.

—Ms. Wertheim is the author

of “Physics on the Fringe.”