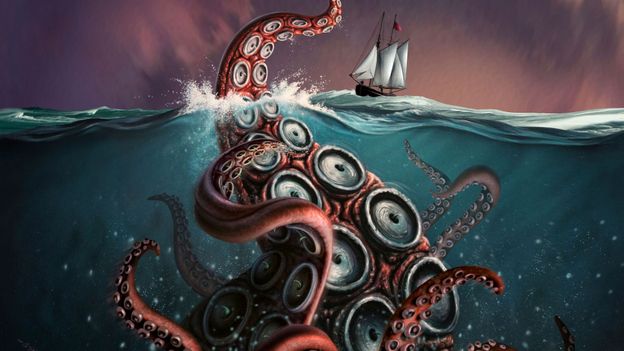 Many of us know the well-told ancient Greek story with the wooden horse, but how well do you know its sequel? Homer’s Odyssey recounts what happened after the sack of Troy, specifically Odysseus’s epic voyage home. It might be fictional but according to the experts it still provides valuable insights into the reality of life in ancient times, including the flora and fauna.

Our hero’s return encompasses ten years of island-hopping troubled by vengeful gods, ravenous monsters, seductive nymphs and trippy spells. It is a classic tale that has fascinated scholars since it was published in the 8th Century BC.

In true scientific style, researchers have scoured the text for meaning and dedicated themselves to explaining the most striking parts of the story. In some cases, the truth is remarkably close to the fiction.

One of the early wrong turns comes when strong northerly winds carry Odysseus off course to the land of the lotus-eaters. The sailors enjoy the local delicacy so much that they forget about returning home and Odysseus has to drag them back to the ships. There are multiple theories for what the lotus could be, such as strong wine or opium.

Another contender is a plant called Diospyros lotus – the scientific name means “fruit of the gods”. The fruits in question are round and yellow with succulent flesh that is said to taste like a cross between a date and a plum. That explains its common name: “date plum”. But could tasty fruit be enough to convince Odysseus’s men to stay put forever?

After a rough journey the hospitality and nutrition would no doubt be welcome, but another candidate for the irresistible lotus could explain its appeal. In his book The Lotus Quest plant expert Mark Griffiths identifies Homer’s fruit as Ziziphus lotus, a jujube that reputedly has psychoactive properties.

Both species are well known at the Royal Botanical Gardens, Kew in London, but experts there put forward another possibility – the water lily (Nymphaea sp.) that grows along the Nile.

This plant was frequently depicted in ancient Egyptian art and the blue variety (N. caerulea) is particularly known as a narcotic. Consuming the plant is said to induce a state of peaceful apathy and it is classed as a banned substance in some European countries today. Whether its reputation was enough for Homer to have got wind of it on the other side of the Mediterranean Sea remains to be debated.

Searching for supplies on another island, Odysseus and some of his crew encounter Polyphemus, a man-eating giant. Several sailors perish before Odysseus eventually manages to blind the monster with a single stake to his only eye.

Possessing just one eye is a rarity among creatures with a backbone. In mammals, cyclopia is described as a congenital disorder where the orbits of the eyes fail to develop into two separate cavities. Associated complications for the brain, nose and respiratory system mean few born with the condition survive.

To address the “giant” aspect of the mythical cyclops, historian Adrienne Mayor of Stanford University, US, suggests the fossilised remains of ancient species could have provided inspiration. As farmers, the ancient Greeks would have explored the landscape and could have made some unusual discoveries. In particular, the skulls of dwarf elephants and mammoths have an enlarged nasal cavity that could have been mistaken for the sole eye-socket of a beastly foe.

“Island caves do contain the unfamiliar fossils of dwarf mammoths, surrounded by heaps of mammal bones that in antiquity were taken as the bones of the one-eyed giant’s victims,” says Mayor.

Adrian Lister, a paleobiologist at the Natural History Museum, London, confirms that the remains of dwarf elephants have been found on many of the islands in the Mediterranean. He explains that the 10-tonne, 4-metre-high elephant Palaeoloxodon antiquus would have travelled from the mainland to the islands at times of low sea level. Once isolated, the elephants had to adapt to survive with less space and food and so became dwarfed.

“In Sicily we have fossils of at least three different sizes of dwarf elephants,” says Lister. “The smallest – Palaeoloxodon falconeri – were among the smallest found anywhere. Many other islands in the Mediterranean have a similar story – P. antiquus got dwarfed to greater or lesser degrees. We find the dwarf elephants on Malta, Crete, Cyprus and several of the smaller Greek islands. Dwarf mammoths are rarer but we have them on Crete and Sardinia. For both the mammoths and the straight-tusked elephants, the smallest are around 1.2m (shoulder height) and 120 kg.”

When they are swept into the company of the sorceress Circe, the adventurers are drugged and penned up like swine. Fortunately Odysseus is protected from her spell by eating a holy herb called moly.

Botanists point to jimson weed (Datura stramonium) as the ingredient that makes the sailors act so strangely. The plant is related to belladonna and deadly nightshade, and contains toxic alkaloids that block neurotransmitters in the brain. If ingested, it causes hallucinations, delirium and amnesia as the brain struggles to send and receive messages.

Homer is quite specific in his description of moly: it has a black root and white flower. But that in itself is not an uncommon combination, so there has been much discussion over its identity. Based on its ability to neutralise the drug Circe dishes out, researchers believe the snowdrop (Galanthus nivalis) is another very likely candidate.

The flower was known to grow in the region and contains the substance galantamine, which counteracts the effects of stramonium poisoning. Scientists have been studying it since the 1950s. It is now used in the treatment of Alzheimer’s and dementia, because it can help to balance chemicals in the brain.

The sailors take on even more terrible opponents when they pass through a narrow channel. They are confronted by Scylla, a multi-headed monster with attitude. Homer describes this cave-dwelling beast as possessing 12 legs and six necks, each with a ferocious man-eating head that sports three-rows of teeth.

Over time Scylla has been conflated with the kraken – all those necks and legs could after all, be tentacles. But giant squid are a rarity in the Mediterranean and besides, Scylla lives in a cave halfway up a cliff, which is no place for any ocean species.

Polycephaly is the biological term for having multiple heads. While it is rare in humans, it happens more frequently among reptiles. Damage to the embryo is thought to cause cells to duplicate so two heads grow, or to fuse so that twin embryos become partially combined.

Aristotle recorded a two-headed snake in 350 BC and the oldest surviving evidence is an embryonic lizard fossil from the Cretaceous of China. While the condition is often life-limiting for wild animals, it is possible Homer may have heard of it, or even witnessed it.

Then there is the use of snakes as biological weapons. There is at least one historical record of snakes being unleashed during a naval battle, by Hannibal fighting the Eumenes. Zoologist Gianni Insacco of Milan’s Natural History Museum suggests the ancient Greeks might have employed this tactic too. He was part of the team that rediscovered the Javelin sand boa in Sicily, a species thought to have been introduced to the island by the Greeks for ritual and warfare purposes.

While there is no known Scylla monster, the poet skillfully combined stressed sailors, our unease with unusual biological development and the threat of snakes to create a monstrous cocktail.

Odysseus and his crew are officially between a rock and a hard place, because opposite Scylla lies Charybdis. This monstrous whirlpool regularly drinks down sea water and anything sailing upon it.

It might surprise you to learn that Charybdis was marked on naval charts into the 19th Century, just off the north-east tip of Sicily in the Strait of Messina. As a narrow passageway between the island of Sicily and the Italian peninsula, the area is well known for its strong winds and currents.

A submarine ridge in the Messina Straits also contributes to the turmoil, as currents pull cold water from the depths to the surface. Depending on the tidal activity, bore waves appear as well as whirlpools, also called vertical eddies. According to oceanographers, one of the larger ones develops off Capo del Faro, the place where Charybdis was historically marked.

While these hazards are navigable for most modern-day watercraft, they would have been riskier in Homer’s time.

Cattle of the Sun

Odysseus and his crew eventually land on the island of Thrinacia, where the Sun god grazes his cattle. These animals are sacred but that does not stop the foolhardy crew hunting them when their supplies run short.

Academics have suggested that the island could be modern-day Sicily. There is evidence of both domesticated cattle and their wild relatives, aurochs (Bos primigenius) at Neolithic sites there, according to historian Jeremy McInernery of the University of Pennsylvania, US.

Of these two species, the wild aurochs is the more striking. It stood 1.5m at the withers (the highest part of its back) and certainly had the “broad brow” and large “curving horns” described by Homer. Also, cattle were highly valued in ancient Greece.

“Evidence from many sites shows that in the Iron Age cattle were highly prized: for meat, for traction, and for by-products such as leather and probably tallow,” says McInerney. “Before coinage reached Greece in the 6th Century, cattle were a primary measure of wealth. In common with other pastoral societies, the Greeks prized cattle wealth: hence the emphasis on cattle raiding in the epic poems.”

The punishment for pinching the Sun’s cattle is therefore suitably brutal. Zeus destroys the ships and sailors with a thunderbolt and only Odysseus survives to tell his epic tale. Evidently, it is one we are still learning from today.

If you liked this story, sign up for the weekly bbc.com features newsletter called “If You Only Read 6 Things This Week”. A handpicked selection of stories from BBC Future, Earth, Culture, Capital, Travel and Autos, delivered to your inbox every Friday.