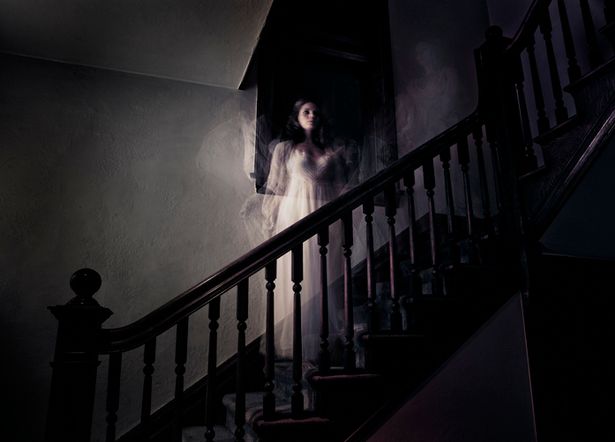 Spooked-out Brits have been warned not to call 999 to report paranormal activity – but that hasn’t stopped them using the emergency service like a Ghostbusters line.

As the Daily Star reported on Tuesday, May 25, police reminded users that the number was for genuine emergencies after a person in West Sussex rang claiming to have been haunted by a spirit sent by their neighbour.

But they wouldn’t be the first person to dial in with a creepy crisis.

At Christmas 2013 a Scrooge-like man who lived in Saltash, Cornwall, called 999 to report that he was being haunted by the “Ghost of Christmas Past” like the Charles Dickens character from his book A Christmas Carol.

The Devon and Cornwall Police force have also had to deal with calls about zombies loose in Redruth and in 2016 a terrified caller in Plymouth said she could “see her children like ghosts“.

In July 2016 a 999 caller in Bournemouth reported seeing two ghosts “which they were going to kill” while in 2015 someone from Bridport, Dorset, called to claim a ghoul had broken into their home.

A homeowner called Avon and Somerset Police to say a poltergeist had deleted files from their laptop, while Suffolk coppers had to deal with ghosts “having a party” in an attic.

And a woman in Bolton, Greater Manchester insisted spirits were stealing her shampoo.

One log showed that over a six-year period Greater Manchester police had ­received a whopping 416 reports to 999 involving ghosts, aliens, ­zombies or witches.

In July 2011 one man called to say he had been abducted by aliens and was now “walking funny”, saying he also had suffered cuts and bruises after his ordeal.

That same year 2011 a woman in the northwest called 999 to report that the Oasis singer Liam Gallagher “is a ghost who steals things from her”.

Also in 2011, a man in the region “requested to speak to Ghostbusters because he sees ghosts and wants them hoovered up”.

Fangs on my mind

In North Wales a distressed caller told cops that they believed they were a vampire, one Leeds caller reported vampire sheep ­outside her door while a resident called Thames Valley Police gasping: “Can you send someone – I’ve got a vampire in my living room!”

Another member of the public in Tring, Herts, called to report their ex-partner “is some kind of vampire”, adding: “I have seen teeth come out.”

And a caller in Bradford, West Yorkshire was keen to report werewolf activity!

Calls that sent a shiver down the spine in Scotland have included a caller from Airdrie who reported that the Grim Reaper was in their house, while a ghost was accused of stealing jewellery from a home in Lanark.

Someone in Helensburgh rang to say “paranormal blood” was seeping from their walls, while a lady in Paisley said the ghost of her dead husband was haunting her.

In 2015 a man in Northern Ireland was jailed after a string of nuisance 999 calls which included ringing the cops on Christmas Day to claim that he was the American rapper, Nicki Minaj. 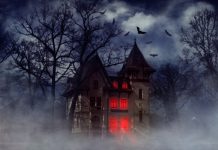