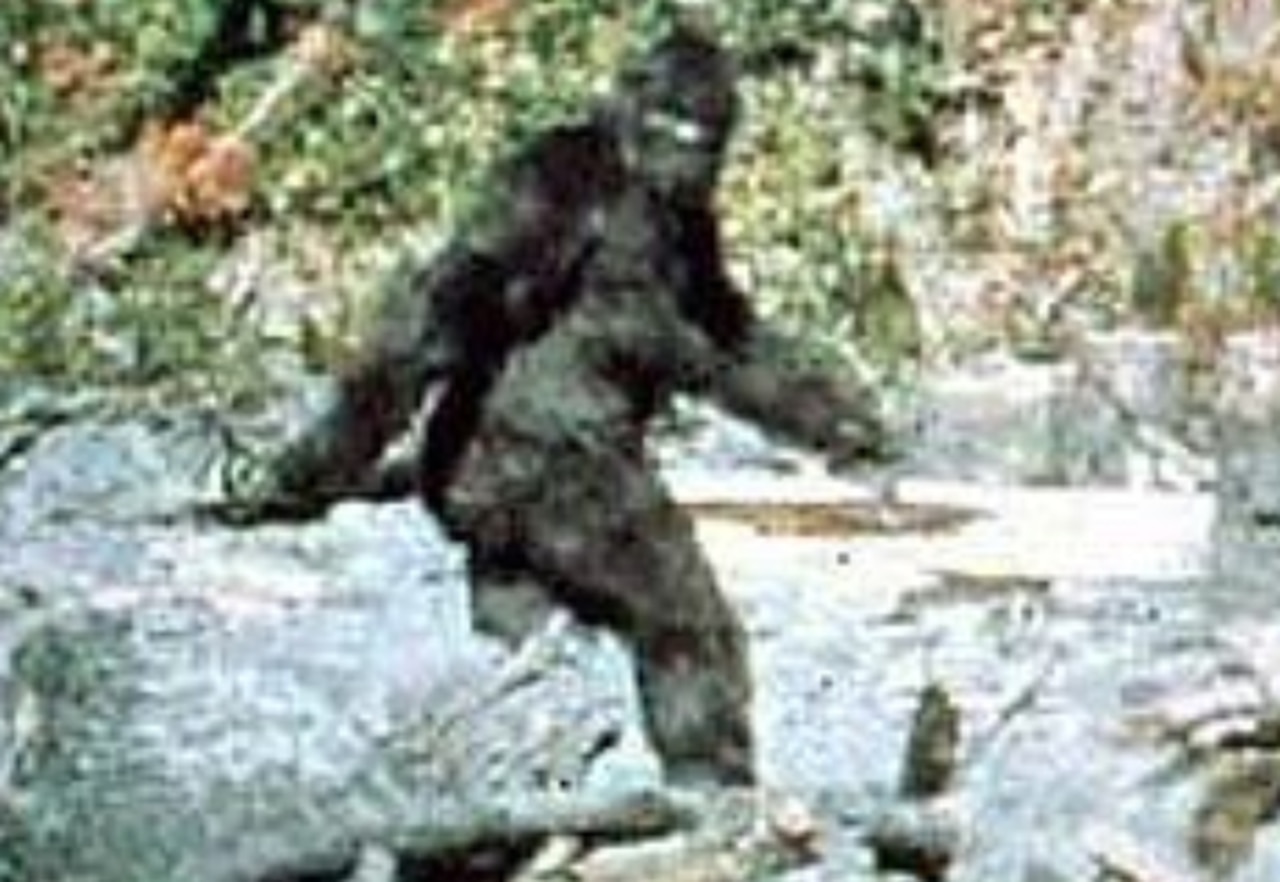 Bigfoot hunters and other fanciers of the cryptozoological beast that’s never been proven to exist, including those that think they’ve honed their Sasquatch-calling skills to competition levels, will be heading to Marienville in northwestern Pennsylvania on Friday, June 11, for the first Forest County Bigfoot Festival.

The event will run from June 11-13 and will feature all things Bigfoot in a remote area of the state that has generated more than its share of the oversized hominid. Marienville is sandwiched between 513,175-acre Allegheny National Forest and 8,500-acre Cook Forest State Park.

Bigfoot, also known as Sasquatch, is a 6- to 10-foot-tall, hairy, human- or ape-like creature, the most widely known and instantly recognized of the hidden animals known as cryptids. It has been part of pop culture and the focus of monster hunters since the early 1960s.

Although many Native American cultures include ancient references to hairy, wild men and similar creatures, the modern surge of Bigfoot into the public eye launched with a 1951 Eric Shipman photo of an alleged yeti track (the name “Bigfoot” had not yet been coined), a 1958 set of plaster casts of tracks by Bob Titmus and Gerald Crew and, in 1967, the big one: a 53-second, 954-frame motion picture of a purported Bigfoot by Roger Patterson and Robert Gimlin.

The festival will feature Bigfoot-oriented events like a Bigfoot-calling contest, a simulated Bigfoot hunt and a Biggest Foot Contest; Squatchy food like the Bigfoot Sandwich by the Bearclaw Café, with homemade bread in the shape and size of the famous foot; and vendors, each one offering at least one Bigfoot-related bit of merchandise.

A slate of familiar names in Bigfoot research and experiences will be presenting programs throughout the weekend: Mary Fabian, head of the Pennsylvania Bigfoot Project who claims to have sighted Bigfoot five times; Mike Familant, host of “In the Shadow of the Big Red Eye;” Jason Trost, co-editor for Cryptovania TV; Fred Saluga, director of the Center for Unexplained Events; Ray Cavalline, an independent filmmaker and Bigfoot researcher; Dave Rupert, part of the Legend Hunters team; Ed Kelemen, author, playwright and columnist involved with Pennsylvania Investigators of Paranormal Phenomena; and David Wargo, who has recounted his own experiences with Bigfoot on national television and as a local Fireside storyteller at state, federal and private campgrounds.

Also included in the festival will be performances by local musicians and groups, a geocaching event, kids’ activities and a 5K run.