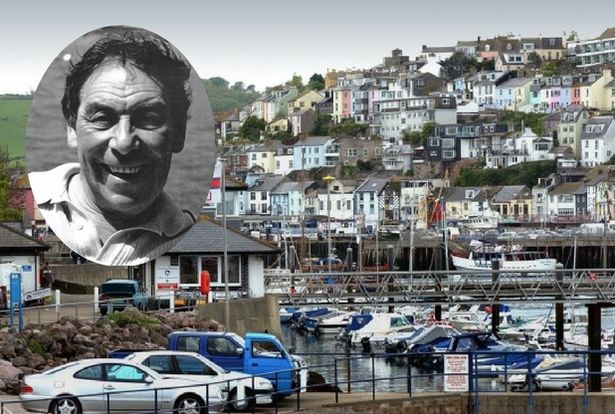 Everybody loves a good ghost story, and Devon is particularly rich in them.

The national Paranormal Database is a serious attempt to log all of the possible hauntings and out of this world happenings in the UK.

The nature of a good ghost story means that exact records of UFOs and hauntings are a little difficult to keep, but the nationwide Paranormal Database has kept a detailed record of more than 13,000 unexplained events.

You can stay up to date on the top news near you with DevonLive’s FREE newsletters – enter your email address at the top of the page.

And with no fewer than 11 entries in the database, the port of Brixham seems to have more than its fair share of strange and scary happenings. Here are some of Brixham’s recorded paranormal events:

In woodland at Churston in 1996, this 4ft tall monkey with a green face was seen over a dozen times over the summer months, running along the floor of the woods. He may not have survived the winter, as no reports were forthcoming the following year

John slater, best remembered for his long running role in TV series Z Cars actor is said to haunt the Brixham Theatre, which was one of the last places he acted before his death in 1975. He has been seen wearing the costume of his final show.

His son Roger said he has visited the theatre asking “Father are you there?” as he walks on the empty stage. The family had a house in the fishing port from 1955: “He spent his last days at the place and one or two people reckon strange things have happened there since his passing. “Lights go on and off, curtains have drawn by themselves and one person, who knew him really well, claims to have seen him.”

It’s probably one of the prettiest villages in England, with its tranquil village tennis courts and ancient church house inn.

But despite that, the Churston is home to a hotel which was recently voted one of the most haunted in southern England. The Torbay Paranormal Society meets in the bar for its monthly meetings (although not during the covid pandemic).

The Churston Court Inn has been connected with a group of ghostly huntsmen and a collection of spectral monks. Reports exist of a monk seen hotel. As a witness enters, he leaves via another doorway. There are also reports of candles lighting themselves.

Staff and guests alike have reported mysterious goings-on in this former manor house. It’s worth a visit whether you are ghost-hunting or not, as it is near Elberry Cove and is surrounded by woodland walks and coastal hill walks.

The author Violet Tweedale reported seeing a 12cm tall man, wearing a red cap and dressed in green, sitting beneath a small plant at Lupton House. He vanished after a minute of her observing him

5 Domed UFO hovering over town for an hour

On April 28, 1967 a UFO was seen hovering over the town for around an hour before disappearing.

This is one of the most haunted houses in Devon – it was built in the 14th century and originally used to house monks while the nearby St Mary’s Church was built. When empty, rooms in the infamous house in Milton Street would be seen lit up at night, with the silhouette of Squire Hilliard passing the windows, wearing old style clothing. He killed himself after falling in love with a peasant girl and his father decided she wasn’t good enough and stopped the lovers ever seeing each other again. The monks’ presence is still felt and heard, and even seen on a couple of occasions.

7 Francois the French Prisoner of War

Thought to have been a French Prisoner of War from Napoleonic times, Francois was seen sitting in the bar of the old Royal British Legion in Bakers Hill in the 1980s.

On Church Hill East, the Smugglers Haunt Hotel has a lonely ghost sitting by itself at a dinner table – but it could only be seen when it was looked at through a mirror.

9 The Rapper at the old Globe Inn

The old Globe Inn closed in the summer of 2010 and has since reopened as the Old Coaching House Inn, in Fore Street. Rapping and tapping have reportedly kept previous landlords awake at night, and the poltergeist also enjoys hiding various belongings around the establishment.

10 Haunting by a Napoleonic Figure

In August 2013 a wedding guest at the Berry Head Hotel was said to have seen a figure in Napoleonic clothing during the night. Local legend says that the building is haunted by the ghost of a soldier.

Off the coast at Churston Ferrers in 1938, in what could have been a mirage, someone reported that the landscape along the coast had totally changed. The witness almost fell over the edge of the cliff, mistaking the phantom landscape as real.

More news from around Devon:

The Devon villages fighting against second homes and pricing out locals

Ancient Devon wheelwrights are rolling with the punches