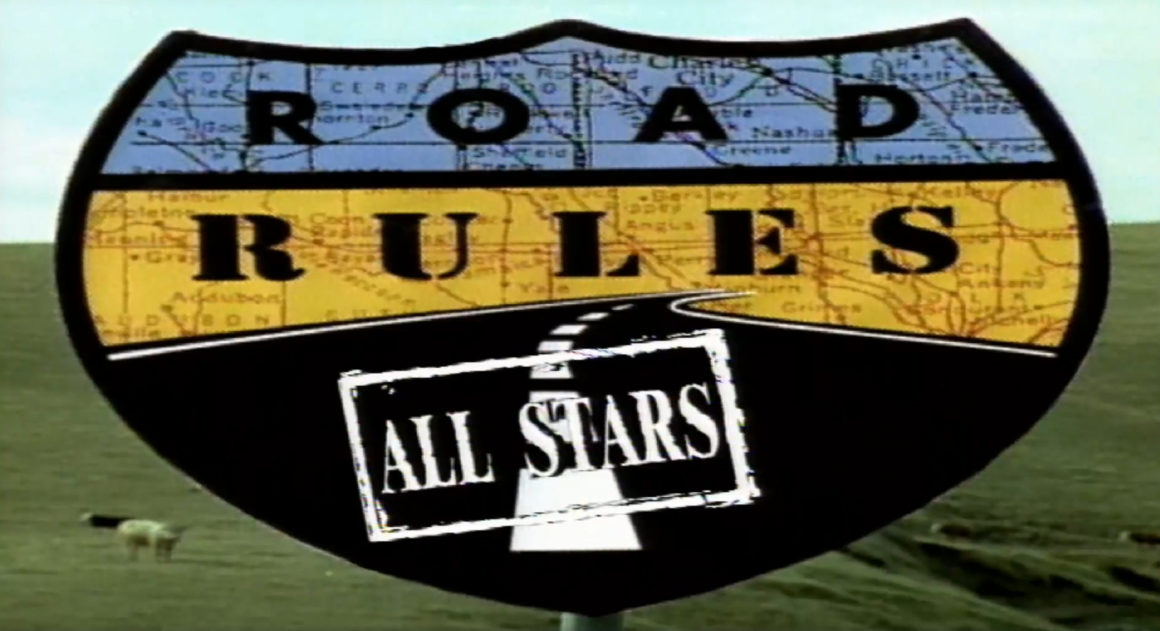 Thanks to the success of The Conjuring films, an entire generation has come of age believing that Ed and Lorraine Warren were, specifically, the Nick and Nora Charles of demonology and ghost-hunting, with all the stately polish and glamour that comparison to an Old Hollywood classic like The Thin Man can afford. What bits and pieces they know of the real Mr. and Mrs. Warren are often shown in brief flashes of contemporaneous real-world footage at the end of those heavily fictionalized films, which acts as a sort of bibliography for all the claims that these movies are derived from some sort of truth.

So, to celebrate the release of The Conjuring: The Devil Made Me Do It, let’s turn back the clock to a period where the Warrens were simply known as “Ed and Lorraine” — no last name necessary — and were booking cheap and quick appearances on regular-ass TV, specifically on the very first episode of what would become one of the longest-lived reality television shows in history: MTV’s The Challenge. The show just wrapped its 36th season in May, so it feels like a worthwhile time to pull out your JNCO jeans, snap bracelets, and Spice World soundtracks and get to ghost hunting. And, maybe along the way, we’ll talk a bit about fiction itself.

Now, longtime viewers of the series, who are used to it either being a competition between former Real World and Road Rules cast members or a channel-wide free-for-all with bizarre-themed seasons, might not recognize it in its larval form, back when it first aired in 1998, was known as Road Rules: All Stars for that single season, and only consisted of five half-hour episodes. It’s honestly might be helpful to imagine Road Rules: All Stars as the original pilot for Star Trek — you know, the one with Captain Pike and Number One — and The Challenge itself as everything that followed it. Here, five Real World alumni, consisting of Eric Nies (New York), Cynthia Roberts (Miami), Rachel Campos (San Francisco), John Brennan (Los Angeles), and Sean Duffy (Boston), embark on an international journey taken by camper van, plane, and train much like, you guessed it, Road Rules. Their credit cards and cash are seized, and if they manage to stick around through the end of the tour, they’ll each win some sort of “prize,” which, in truth, was a trip to a Costa Rican resort, though no one would know that until the final episode. But in order to win, they’ll compete in various stunts and games assigned to them by “Mr. Big,” the Bosley-like disembodied voice that acts as a de facto host. In true ’90s MTV fashion, the first Mr. Big was David “Puck” Rainey, and his messages to the cast, played via tape recorder, often sound like drive-time misses plucked from the shock jock du jour.

Those challenges are exactly where the Warrens come into the picture: Puck’s first challenge for the group is to stay overnight in an abandoned mental hospital in Monroe, Connecticut, in order to prove the existence of ghosts, and their guides on this journey will be two older, experienced demonologists. Ed, at this point in his life, looks a bit like Phillip Baker Hall, and Lorraine looks like what many children from the ’90s probably imagine their grandmother to look like in their mind’s eye, with perm, pastel sweater, and high-collared shirt, and she carries around a little curly-haired dog when she’s not actively fighting demons. The pair, who are never referred to by their last name in the ten-odd minutes that they’re a part of the show, warns the cast about the dangers of flippantly hunting demons and ghosts — “I would never allow anybody like you,” Ed says as he briefly pauses for emphasis, “to go where you’re going.” The cast essentially signs a verbal waiver that they’re ok with whatever happens to them in said haunted hospital, and they’re soon spirited away to the point where Hell meets Earth. Eric, a pious fellow wearing a white t-shirt that says “Satan’s As Ugly As Sin…” on the front and “‘Cuz Jesus Beats ‘Em With a Stick!” on the back, scans his bible for relevant passages on the drive over.

When the cast and the Warrens arrive, they’re met by a gang of psychics in the former morgue, with each medium sporting the garb of the dowdy mid-’90s medium, halfway between Sunday School teacher and New Age-curious “Love Is…” figurine collector. They’re there to help the demon/ghost-hunting newbies sort the paranormal signal from the creepy noise, and they give the cast disposable cameras, with which they’re supposed to find the proof Puck wants. After a final warning from Lorraine, now clad in an ascot and a beige overcoat, (which Cynthia follows up by telling everybody that “if [they] feel like running, do not leave me behind,” to laughs from those gathered) the group descents into the bowels of the “abandoned” hospital. Much of the sequence is filmed in fuzzy green night-vision before the pretenses of “ghost-hunting” are entirely abandoned in favor of doofy late-’90s party boy shit, but there are a few fun vignettes in the meantime. At one point, Sean and Eric believe they see shimmering specters in a corridor and make an attempt to confront them, with the latter tersely stating commands and reciting verse as if he were Father Merrin in The Exorcist as they creep down the hallway. It’s when they come to the doorway at the hall’s end that they discover that they were stalking the reflections of their flashlights on the metal door that entire time.

Frustrated, perhaps, by their failure, the boys decide to pull a prank on Rachel, Cynthia, and a trio of the assembled clairvoyants, who are waiting in the comfortable and well-lit morgue upstairs. Eric sprints up and tells them that they’ve seen something. As the group wanders through the dark passageways underneath, the girls in the cast start to freak out, though the psychics wisely remain almost fully off-camera and, of course, John and Sean pop out from behind a wall, screaming and shouting. Some editor cues the nu-metal, and Sean insists that the psychics were “so pissed that they got in their cars and left,” though the only footage to support that claim shows the mediums smiling and laughing at the gag in a (presumably) good-natured way. At that point, the cast is locked in the darkened corridors overnight like middle schoolers at a community swim event, and they behave as such: the men strip down to their chonies and act like animals, which, presumably, an omniscient God responsible for Limp Bizkit and Korn records looked down upon and smiled at. The next morning, Ed arrives at the hospital with the developed film and the photographs they took from the night before and frees the cast from their “lock-in.” He insists, to the cast, that “this place really is haunted” right before they leave.

The Warrens then have the cast over for what one presumes to be lunch, given that they’re being served soup, and it’s here that things get really interesting. Ed’s got a stack of papers that the cast filled out in the middle of the night, attempting to document what they’ve seen, and the camera lingers on one that says “BULLSHIT! This is a really bad joke,” all underlined and emphasized like a bored high schooler’s doodling during algebra class. The cast laughs, but Ed doesn’t find anything funny about this situation, and he asks whose signature is on the paper he’s reading from. It’s Sean’s, and Ed then asks him how old the future Republican Congressman is. When Sean replies that he’s 26, Ed tersely says “I’m 71. I spent fifty years of my life going around the world investigating hauntings and ghosts. Now, I treated you with respect. I expected the same thing.” There’s a surprising amount of hurt in those words and in his facial expression, a far cry from what a viewer only accustomed to the Conjuring films would expect from a crusading demonologist. This isn’t Patrick Wilson’s good-natured bravado, it’s the bruised feelings of a man who spent the majority of his life beign mocked for his belief in fringe science and paranormal phenomena.

As such, the disagreement is quickly cleared up, Sean apologizes, and Ed tells the group that they’ve spent “weeks in homes before anything happened[…],” but the moment casts a pallor over the rest of the episode, even while they’re looking at the photos the cast took over a meal. Of course, the Warrens find “spirit energy” in the photos and give them the rubber stamp of approval — it’s a wonder MTV didn’t lead their advertising of the new series with “Watch as former Real World cast members prove the existence of Satan and ghosts” — and the cast is soon on their way to New Zealand, where they’ll spend the rest of the season rolling down hills in giant inflatable balls and flirting while Puck shouts dumbass quips from a cassette player. Ed and Lorraine, of course, will stay behind and continue their work, and in a few decades, they’ll full become paranormal legends, though their on-screen counterparts will have as much resemblance to them as Robert Stroud, the real “Birdman of Alcatraz,” had to Burt Lancaster. Ed would not live to see it, as he’d die in 2006, but Lorraine would, and, perhaps, would feel vindicated on his behalf, deservedly or not.

Yet this brief appearance on an otherwise totally forgettable episode of an abandoned iteration of a reality show — one that would not exist in any presence online had it not been for MTV’s choice to celebrate 30 seasons of The Challenge in 2017 by putting it up for free online as a Flashback Friday post on their Facebook Watch page — offers up a surprising amount of pathos when contrasted with the legends presented to us by James Wan and his collaborators. It’s a reminder of the essential comforts of fictions, be they big-budget horror movies or “reality” TV competitions or catalogs of demons and hauntings: that a structured and orderly narrative can be imposed on reality, and that the inherent truths and uncertainties of life can be cast away with enough knowledge and the right kind of storytelling behind it. When they’re put into conflict with one another like they are here, well, that’s how we learn just how much they matter.