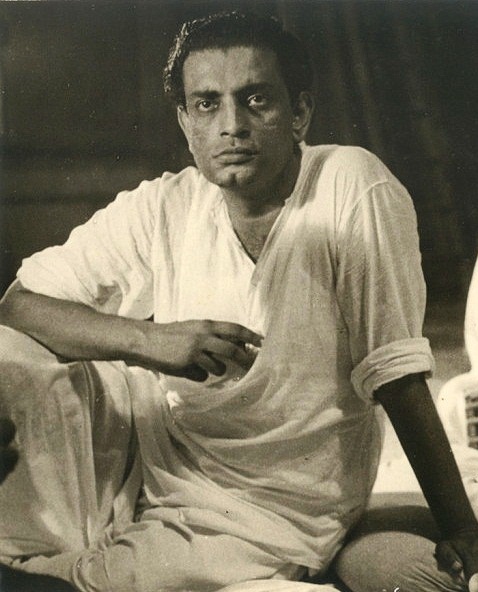 Bengal’s ghosts thickly populate its railways. Think of Begunkodar in Purulia district – India’s only ghost station, which stationmasters and local staff abandoned in 1967. After nearly half a century of haunting, plans by the state of organising dark tourism in the town never quite took off.

Bengal’s ambivalent relationship with its colonial past has become as much fact as fiction. It was the only presidency state in India where five European East India Companies had their settlements, in close succession. The French were in Chandernagore, the Dutch in Chinsurah, the Danish in Serampore, the Portuguese in Chittagong, and the British in Calcutta, Hooghly and elsewhere. In the 1840s, with the advent of Stephen Rowland MacDonald and his association with the industrialist, Dwarkanath Tagore, Bengal conceived the first plans of an Indian railroad, that culminated as the Great Western of Bengal Railway and the East Indian Railway Companies. Unable to find a refuge in the civilised world, ghosts of the erstwhile colonials kept haunting Bengal’s railways and literature – and still do, more than a century later.

Readers of Satyajit Ray’s Anath Babur Bhoy (Anath Babu’s Fear, 1962) will recount it is on a train to Raghunathpur that the narrator meets Anath Bandhu Mitra for the first time. Mitra is dressed for the stage, in an old-fashioned coat and boots – all the sartorial paraphernalia meant for a ghost thriller. Ghosts are his doppelgangers, and being an expert on paranormal affairs, he knows them intimately. He too becomes a ghost, soon afterwards. Raghunathpur is haunted not by European ghosts but by the bloody history and ghosts of the Haldar family, who were zamindars in British Bengal. Imperial encounters in Bengal often led to narratives where haunting was more an inscription of the fear of loss of empire or estate, such as in Arthur Conan Doyle’s The Hound of the Baskervilles, and its Bengali film adaptation, Jighansa (1951).

A British ghost however appears in Ray’s story First Class Kamra (First-Class Compartment, 1981). The plot thickens in a railway compartment, haunted by the ghost of Major Davenport. Ranjan Kundu, having returned from London, finds India quite revolting, with the comforts and luxuries of the British era having been exchanged with subsidised and inelegant facilities. While travelling in a first-class compartment, on the Bombay Mail, he reminisces about Kellner’s chicken curry, rice and custard pudding.

Reassured by the vintage lighting, the impeccable leatherette and the furnishing of the compartment, Kundu takes out a detective novel and falls asleep while reading. When he wakes up, he finds his compartment suffused in the dim glow from the platform. He is startled to see a co-passenger, whose face is hidden in the cobalt hue, and appears to be drinking whisky. The man, a sahib, quite inebriated by now, orders Kundu to get out of the compartment, and calls him a “dirty nigger”. Davenport – purported to be a ghost – is stuck in 1932. For him, the British empire is still invincible. He is the extreme turn of Kundu’s own Anglophilia – a dead doppelganger – as the latter remembers an incident from the 1930s, where a British army officer was killed inside a railway carriage, in a brawl with a Bengali passenger. Cowering on the floor, Kundu passes out, while the ghost of the Major drinks through the night. At daybreak, as the train departs Tatanagar, Kundu revives to find an empty compartment. In Calcutta, many years later, his friend Pulakesh Sircar reveals to him that Major Davenport was only a theatrical stunt pulled by Sircar, with the help of a toy revolver, in order to burst the bubble of Kundu’s pomposity.

Ray’s story Ratan Babu aar sei Lokta (Ratan Babu and that Man) is a vivid adaptation of the myth of narcissus. In yet another tale that begins at a railway station, Ratan Lal comes away from Calcutta, on a short retreat, to a provincial railway town near Tatanagar. An employee of the Geological Survey of India, Ratan Lal keeps almost no society. On his vacation, he discovers a man, Mani Lal, who looks as Ratan Babu would in the mirror, is of the same age, has the same disposition and voice, earns precisely the same salary at the end of each month, as Ratan Babu. Together they leave for trainspotting on grey monsoonal afternoons. As Ratan Babu grows intimate with his doppelganger, he feels frustrated. On one of their trainspotting visits, he throws Mani Lal off the rails of the over-bridge – the spot from where they both used to watch the incoming trains – in front of a speeding engine. The next time Ratan Babu returns alone to the same spot and awaits the train. An invisible hand pushes him – or perhaps an uncontrollable phantasy sucks him into the abyss – and he is crushed beneath the wheels of the railway engine.

Scent of a ghost

The legend of Begunkodar has that in 1967, the stationmaster saw an apparition – a woman in white. She kept returning over several nights. He died of fright. The next stationmaster quit his job, and along with him the other staff. Since then no train had an official stoppage at the station, until the present decade, when Chief Minister Mamata Banerjee rubbished claims of paranormal activity.

In the seventies, the legend found place in Syed Mustafa Siraj’s short story Stationer Naam Ghum Ghumi (Station, Ghum Ghumi), although the name of the short story appears to have come from the Ghum station, near Darjeeling. The narrator, a bachelor from Calcutta, arrives at the remote township of Ghum Ghumi, to meet his uncle, the local stationmaster Arun Mama. Arun Mama warns the narrator that many things and people one sees at Ghum Ghumi have no existence, in fact. The first evidence of this is the ghost of Manju, a young girl who was run over by a train. She is seen by the solitary hibiscus tree, which loses its strong scent when Manju is gone. Arun Mama says that Manju is a ghost, that her father was a deceased Anglo-Indian stationmaster, and many trains that stop at Ghum Ghumi are in fact phantom trains. Much later, the narrator discovers that the uncle and his assistant are also ghosts. This is similar to the legend of Begunkodar, where both a stationmaster and a stationmaster’s daughter are claimed to have died, suspiciously, near the railway station.

An entire colony of people, termed as ora (they), become ghosts in Shirshendu Mukhopadhyay’s short story Gondhota Khub Shondehojonok (That Suspicious Scent). Although set in the British era, in the provincial town of Domohani, ghosts do not come from the quarters of British officers, but from the Indian side of the township, supposedly people who lived there before the colonials and the babus settled. The first to appear is a housemaid, an otherwise hardworking woman, who turns out to be a ghost. A neighbour comes and advises, “The next time be careful to appoint a human maid.” Another somewhat benign incident happens to the narrator’s grandfather, a railway guard, when he finds his own goods train turn into a phantom train, at a station in Dooars. When he gets down at the station to investigate, the train leaves him even while the driver and the pointsman are fast asleep. In Domohani, a suspicious scent seems to invade the spaces where “they” abide. It reminds one of the stench of Santiago Nasar’s dead body – from Gabriel Garcia Marquez’s Chronicle of a Death Foretold (1981) – that seemed to haunt the town long after Nasar’s murder.

The narrator’s great-grandfather had developed the habit of calling out the ghosts, by sniffing them, and exclaiming: “That suspicious scent!” This went on until one day when a ghost sniffed him back, and repeated after him: “That suspicious scent! This is foul matter. Who are you?” Having said that, it evanesced. The story ends on a mock-eerie but profound note. Who are you?, is indeed just another way of asking, Do you really belong here?

Colonialism was not a monolith, but a richly polycultural experience. Plunder, exploitation, complicities, conspiracies, and murders treaded beside friendships, revolutions, scientific progress and reformations – and the enduring destitution of tens of millions. When it becomes impossible to articulate that experience in history or in theory, one resorts to inventing ghosts. Horror stories set in and around railway stations of Bengal unfold in those subconscious spaces where trains could penetrate but not the imperial dream of civilisation in its entirety. In the legends of haunting from the hills of Barog, Simla, Mussoorie, Landour and the Nilgiris, Bengal’s railway spirits find their kindred cousins or distant bedfellows.