LAKELAND, Fla. – Ryan Golembeske believes Florida is one of the best places to have a Bigfoot experience. The avid Bigfoot researcher will be emceeing the Great Florida Bigfoot Conference in Lakeland this Saturday.

“If you want to have an actual experience with, what we call down here, ‘the skunk ape,’ you have a great opportunity to do it,” shared Golembeske.

The cryptozoologist suggested that anyone interested in seeing a skunk ape should head to national parks and go more remote, off the trails. According to Golembeske, storm season is when these apes move around most.

In the age of technology and social media, there still hasn’t been concrete photo or video evidence of a Bigfoot sighting.

“People walk by these things all the time, but we are too self-absorbed to be present,” insisted Golembeske. 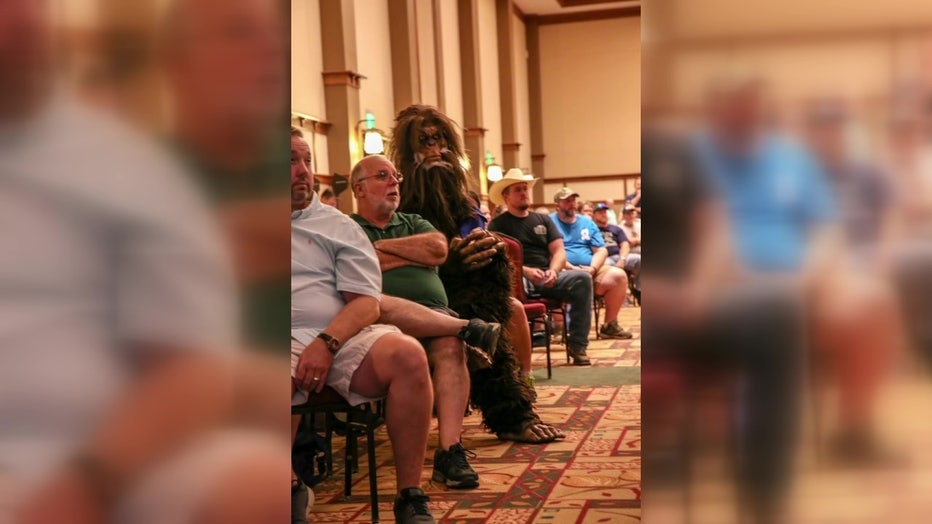 David Sidoti has been researching Bigfoot for well over two decades. He says evidence of the creature has shown up all over the country including here in Polk, Pinellas, Citrus and Hernando counties.

“I believe, because of the evidence that’s out there that proves that these creatures are real,” said Sidoti, who will be one of the speakers at the conference.

He showed FOX 13 a photo of a footprint that he believes was made by Bigfoot.

The organizer of the event says for many Bigfoot believers, the conference is a safe zone to speak openly about their experiences.

“So you get a lot of these people who will hold onto these stories they have had their entire lives and sometimes never talk about them or share them. You get them into a crowd like this where they have true believers and they’ll open up and talk about it to see if there is anything there,” said Marty Pippin.

Attendees will hear from Bigfoot researchers like Cliff Barackman, James “Bobo” Fay, and Stacy Brown Jr. Stars from the show Finding Bigfoot will also be at the conference.

“If you’re on the fence, even if you’re a skeptic, come out because there is no way of all those people that are going to be in the crowd, every single person is a liar. It’s not true,” added Golembeske.

The conference will be held at the RP Funding Center in Lakeland on Saturday, July 10. Tickets range from $20-$50 and can be purchased online.

LINK: To purchase tickets or learn more about the event, visit: gatherupevents.com/florida-bigfoot-conference