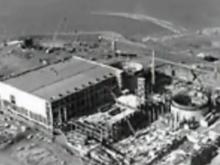 Littleton, N.C. — A museum in Littleton is focused on studying paranormal phenomenon.

The Cryptozoology & Paranormal Museum, located at 328 Mosby Ave., features animals whose existence lacks physical evidence but myths and legends are reported, like Bigfoot, UFOs and the Loch Ness Monster, according to its website. The museum also looks into living examples of animals that are considered extinct like dinosaurs.

What can you find at the Cryptozoology & Paranormal Museum?