Ready to get spooked? Check out these ghost-friendly locales for a truly scary experience!

Halloween is upon us!

Now, you may have your costume picked out, your candy ready, and a scary movie queued up, but have you checked out these haunted spots?

These Sacramento haunts are filled with ghostly legends and would make for a great, horror-filled Halloween.

The “Halloween House” in Oak Park is the brainchild of Aimee Phelps and Danell Eshnaur, who create a lavish display around their home. This year’s display is dedicated to a much loved postal clerk, Tim Davie, who died in January. Photo: Sarah Moore

Just beneath your feet, lies a labyrinth of connecting tunnels, winding their way through Old Sacramento. Buried because of rising water along the Sacramento River, these abandoned tunnels are so haunted that not even transients are wary about entering.

The tunnels allegedly served as opium dens, brothels, and have seen a good share of ritualistic activity over the years. Several business owners who operate over the tunnels have reported a menacing energy and strange noises coming from the dank darkness. One apparition in particular is said to look like a cowboy, and apparently likes to laugh joyously and shout at visitors before vanishing.

Speaking of spooky tunnels, it is rumored that there is a tunnel that goes from the California State Library to the Capitol. Sure enough, the ghost of an old man with glasses has been spotted looking over the books. Sometimes it appears as though someone is shelving books in the California Section, though no one is there. These ghosts are way overdue for the afterlife.

Naturally, this centuries old cemetery has had some ghost sightings. Of the 36,000 people buried at this historic graveyard, it seems that there are some spirits who are determined to walk the land of the living again. There are bodies buried from as far back as the Gold Rush and others buried more recently.

Visitors have reported several apparitions of a couple dressed in black and others have seen a little girl playing near the headstone of a deceased child. Old City Cemetery officials are still marveling at the bodies of John Wesley Reeves and his daughter Ella. When they were exhumed from their 90 year old iron coffins, caretakers were amazed to find them in perfect condition, they still had smooth skin, natural coloring and clothing untouched by the years underground.

But perhaps the cutest and most lovable of all the ghosts is the apparition of a pit bull, a former caretaker’s companion, who still trots around the grounds and follows visitors as they enter before disappearing.

Some spirits have taken the exclamations of “Encore!” a little too seriously. The Sacramento Theater Company is said to be home to several spirits. The most well-know of these, affectionately nicknamed “Pinky” because of the pinkish aura that follows this apparition, is believed to be a former stagehand who refuses to call it curtains. Flickering lights and strange footsteps are common at the theater.

Two phantoms have also been witnessed around the upstairs, stage-left dressing room. One was reported to be a tall, thin man with a mustache, identified as a former volunteer. The other was said to be a very sad Polish actress by the name of Madame Modjeska. Her image is often seen in one of the large mirrors in the dressing room as she readies herself for the stage. As they say, the show must go on!

Talk about refusing to abandon ship! The historic Delta King Riverboat commuted between San Francisco and Sacramento from 1927 to 1940 before being drafted into World War II to serve as a net tender, floating barrack, troop transport and hospital ship. So, it’s no surprise that the Delta King has its share of ghostly sightings.

The old captain of the Delta King, now a hotel, restaurant and theater, is said to still wander the decks. Employees have seen him lounging in the balcony during show productions and have heard his footsteps above deck. Once, a glass of water spilled onto a sound board by an unseen force. Looks like the captain was unhappy with the sound quality!

Halloween deals in California | Where to treat yourself and the kids

►Stay In the Know! Sign up now for ABC10’s Daily Blend Newsletter 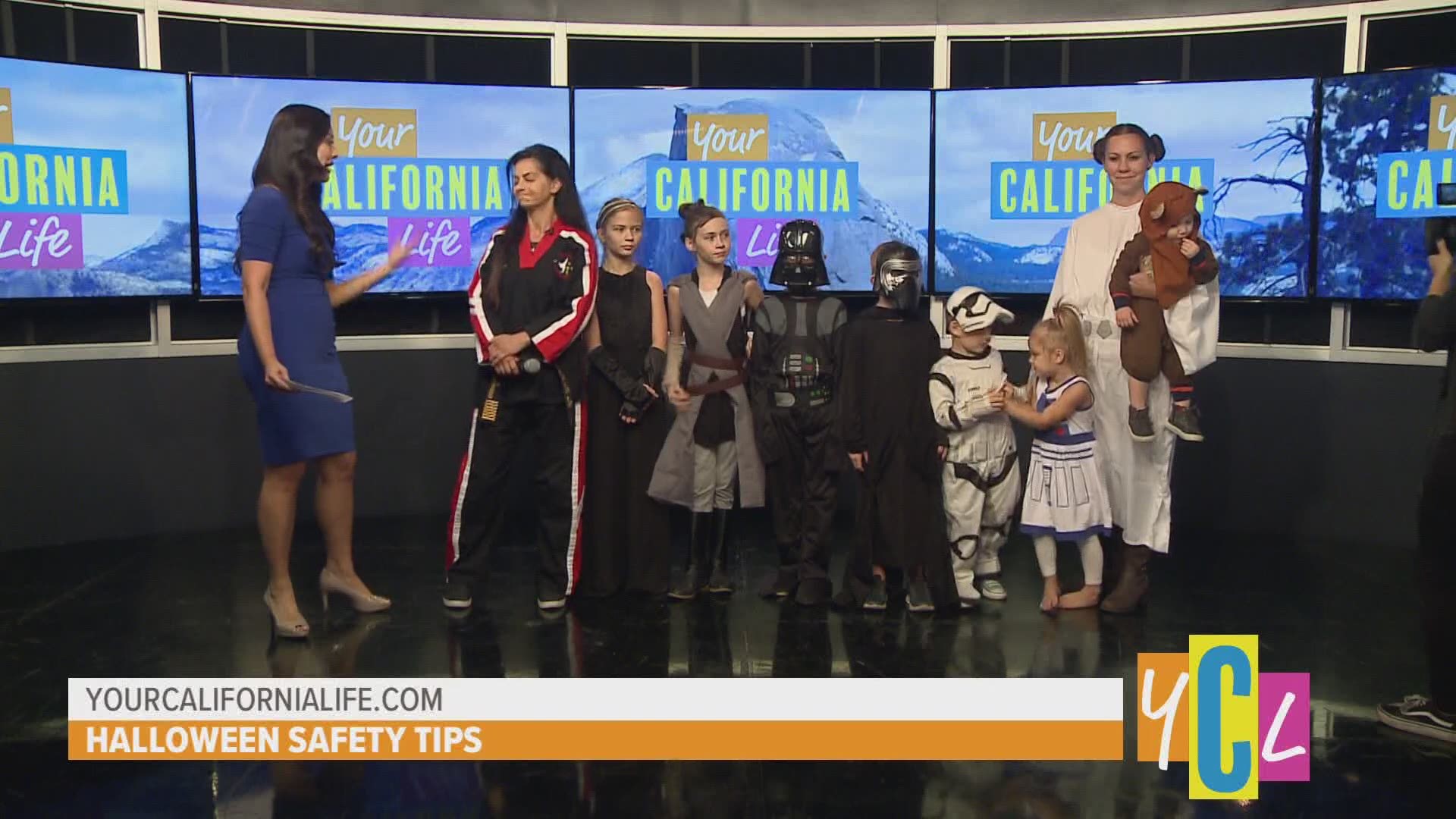