Home Paranormal News Florida’s most haunted landmarks and the terrifying tales about them – Atlanta... 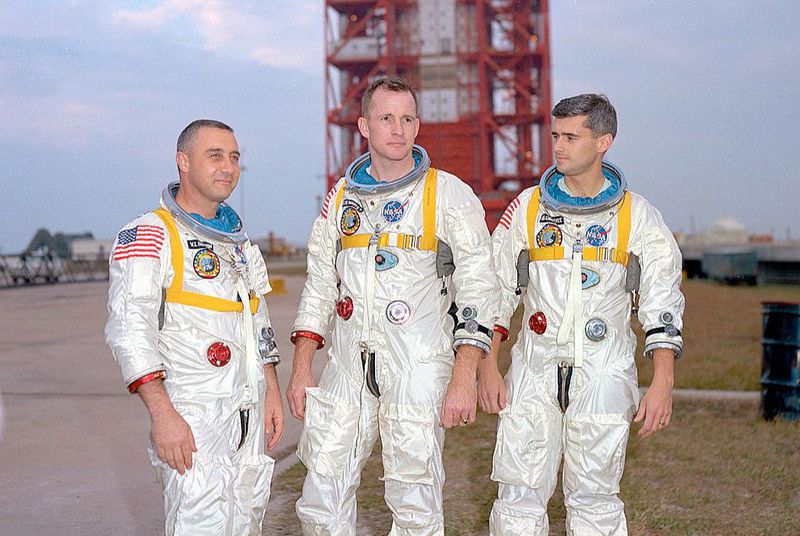 Florida is one of the world’s top tourist destinations with its sugary, white sand beaches, emerald waterways and sun-drenched vacation hot spots, but plenty of people don’t realize there are also dark forces at play in the Sunshine State.

From a mysterious stretch of highway to an abandoned NASA launch complex, the state can lay claim to a few of the scariest ghost stories and hauntings ever recorded.
Here are the top haunted places in Florida:

The Pink Palace is one of the most recognizable hotels in Florida, if not the country. In operation since 1928, the Don has played host to “the world’s elite, stars of the silver screen, renowned authors, baseball players, U.S. presidents and even a gangster or two,” according to the landmark’s web page. The stunning resort has spectacular ocean views, luxurious accommodations, and gourmet dining, but it also has a darker and stranger side.
The luxury resort is haunted, as least if you believe numerous visitor and staff accounts.
The hotel was constructed by Thomas Rowe, who is said to have built it as a monument to the love of his life, a beautiful Spanish girl from an aristocratic family, but the couple’s love went unfulfilled when her parents spirited her away from the young American while he was visiting London in the late 1800s, according to writer Tom Williams.

Years later Rowe, who died in 1940, received word that she died, but she left him a note pledging her eternal love.
Some have reported seeing a man in a white suit and Panama hat, possibly the spirit of Rowe, roaming the grounds and others have reported seeing the couple together, Williams said.

Other weird goings on have also been reported at the Don, including unexplained door openings and showers turning on by themselves. A kitchen staffer once reported a sink full of dirty dishes mysteriously turned up clean and stacked in the middle of the floor when he was out for a break, Williams wrote in a story about the hotel. And in another incident, a maid refused to work on the fifth floor where Rowe once lived because of mysterious door knocking.
The Pink Palace was also used as a hospital for wounded soldiers during World War II and some people have reported hearing noises and, and even seeing a nurse from that era, at the Pink Palace.

It’s not hard to imagine that the desolate and abandoned Launch Complex-34 at Cape Canaveral is haunted. Actually, just one look at it is all it takes.
What’s left of the windswept and barren former NASA launch site near the Atlantic Ocean, once a crown jewel in America’s space program, is eerily deserted most of the time, with just the grim remains of the concrete launch platform and rusted steel left as reminders of its ill-fated history.

Three astronauts, command pilot Gus Grissom, senior pilot Ed White and pilot Roger Chaffee died at the site in a flash fire, while trapped inside the Apollo 1 capsule in 1967, just two weeks before they were scheduled to blast off. NASA shuttered the complex in 1968. In the decades since, former employees and visitors have reported unusual occurrences at the site.

From left, Apollo 1 astronauts Gus Grissom, Ed White and Roger Chaffee pose in front of their Saturn 1 launch vehicle at Launch Complex 34 at Cape Canaveral. On January 27, 1967, the crew was sitting above the launch pad for a pre-launch test when a fire broke out in their capsule. The investigation into the fatal accident led to major design changes, making the Apollo spacecraft safer for the coming journeys to the Moon.

Some have reported hearing screams near the hulking monument, while other have reported dark feelings of dread, sadness or fear, according to the Huffington Post. Floating apparitions have been reported, too, according to the book “Weird Hauntings: True Tales of Ghostly Places.” Citing local lore, Roadtrippers reported NASA even stopped allowing visitors at, one point, because of “strange occurrences.”
NASA has never publicly commented on the reports the Launch Complex-34 is haunted.
The bleak remains of the launch pad, two plaques and three granite benches remain at the site as a memorial to the fallen astronauts.

St. Augustine, Florida lays claim to the title of oldest city in the U.S., and located on the western shore of the city’s Mantanzas Bay is the oldest 17th century masonry fortress in the country, according to the National Park Service: The Castillo de San Marcos.
Constructed by the Spanish beginning in 1672, the fort is more than 300 years old, and, through decades of constant warfare in colonial America, has been under Spanish, British and American control at various times. Now it’s a national park.
Throughout its storied history, in addition to its use as a military defense by the Spanish and the British, the Americans used it to imprison native American tribe members, including the Seminole war chief Oseola.
With so much history, it’s no wonder plenty of ghost stories and spirit sightings abound at the old fort.

The Castillo de San Marco in St. Augustine, Fla., is a major tourist attraction for the city, but the Spanish-built fortress also has a long, ghostly history of violence and persecution within its walls.

Visitors have reported seeing apparitions of soldiers and Native Americans, and orbs inside the Castillo.
One particular ghost story involves a love triangle between a Spanish colonel, his wife, and a captain in 1874. After the fort’s commanding officer suspected his wife of cheating on him with the captain, so the story goes, the pair vanished. In the century since, witnesses have described seeing a forlorn woman dressed in white and thought to be the colonel’s dead wife, according to the Travel Channel’s “Ghost Adventures.”
Fort visitors have also reported seeing the ghost of a Seminole jumping from the fort’s walls and the spirit of soldiers patrolling the Castillo.

A weathered angel at the Key West Cemetery.

The Key West Cemetery is known for ghostly sightings and other strange events, and why not? After all it’s more than 170 years old with more than 100,000 people buried there, and some of the graves are even older. Although the current cemetery opened in 1847, some graves in the oldest part of the cemetery date back to 1829 because they were moved there following a hurricane that dislodged them at an older cemetery on another part of the island, according to the website Florida Rambler.
One of the more unusual supernatural reports from the Key West Cemetery involves a woman of Bahamian descent, who has made appearances during the day and at night. Those who have seen her have reported that she seems to become angry if visitors sit on grave stones, walk across graves or in any way disrespect the dead.
“Some say she has made threats and will turn insolent, only to vanish right before your eyes,” according to a website based on paranormal activity in the Keys.

Key West Cemetery in the city’s Old Town has more than 100,000 people buried there and plenty of ghostly tales to go with them.

Other odd phenomena have been noted at the cemetery, too, including apparitions and disembodied voices. There are also reports that visitors who photograph the cemetery can sometimes see odd shadows in their pictures.

Interstate 4 in central Florida halfway between Orlando and Daytona Beach is one of the most traveled highways in the region, and a quarter mile stretch of it in Seminole County is also one of the scariest stretches of road in the country, quite possibly haunted, with deadly accidents and reports of unexplained phenomena over the decades.
Rumor has that in 1886 a family of four German immigrants, two adults and two children, died of yellow fever. The road was built over their graves, and ever since strange weather events and unusual apparitions, including phantom truckers and hitchhikers, have startled frightened drivers.

A low angle view of an empty US-180 highway near the New Mexico border, Texas. (Photo by Epics/Getty Images)

Some people believe that Hurricane Donna’s strange and powerful trek across the state in 1960 and directly over that stretch of I-4 is related to the seemingly haunted road, according to reports
“Witnesses have said their cellphones pick up strange voices” on that eerie path of I-4, according to the website ghostreports.com.
One woman told the website she believes the strange voices she has heard when traveling on the road represent the voices of the dead.