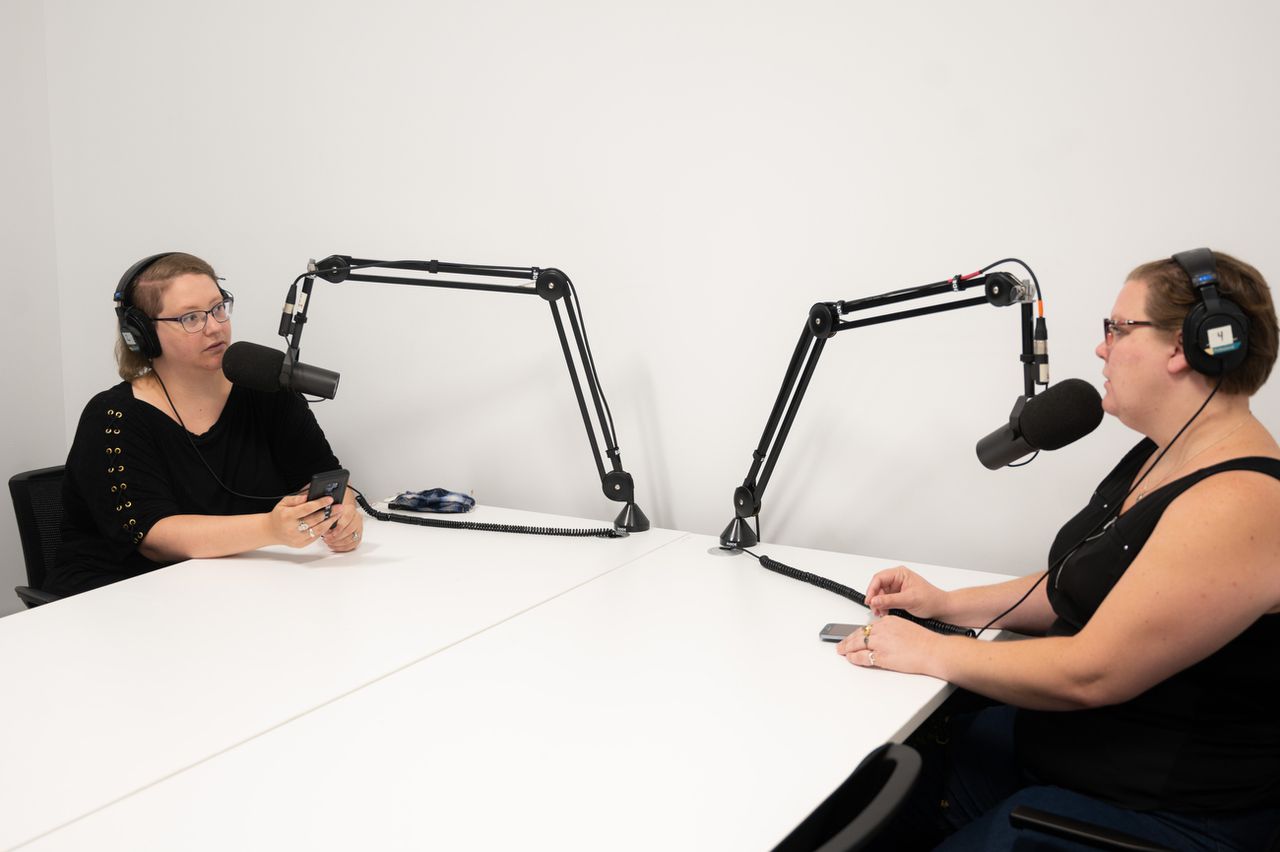 Kay Gray and Crysta Coburn, both employees of the Ann Arbor District Library, host a podcast called the “Haunted Mitten,” featuring ghost stories from across Michigan.

“We spend a lot of time researching, and, thankfully, we have the resources to do some really deep dives,” Gray said.

The pair first started the podcast after Gray considered restarting a blog about paranormal activity she first ran around 10 years ago. With equipment from Coburn’s husband’s podcast and some instruction from library resources, Gray and Coburn launched “Haunted Mitten” on Halloween 2019.

The podcast features stories about ghosts, cryptids and other paranormal activity from across the state. Although some episodes feature particular cities or schools, others center around topics, such as haunted bridges or Michigan witches.

Although Gray’s favorite episode revolves around a story from Paulding, Michigan, her favorite story is about the Dogman, a Northern Michigan legend started by a radio host in 1987.

According to Gray, the legend spawned two “camps” of people: those who stand by that it was created as a prank and those who say they have seen the Dogman and that it is “full-on real.”

“It absolutely fascinated (me),” Gray said.

But, the story has a catch.

“They completely made it up,” Coburn said, referencing the radio station that originally released a song about Dogman.

Coburn said the legend echoes the French tradition of the “loup-garou,” or werewolf, and Michigan’s own French history.

“We’ve kind of lost that tradition,” she said.

Although both women believe in the paranormal to some extent, their podcast has recently drifted toward debunking legends of Michigan, due to the pair’s extensive research away from the podcast mics.

To start a podcast episode, Gray or Coburn will add the topic to a Google document — which Gray says is “well over 100 pages” long — before diving into research. Research often includes looking through gravesites, birth and death records and old newspaper clippings.

Once enough information is gathered, one of the two hosts will write the script. Then, the pair record, before Gray edits the audio. They currently record in home studios, but have plans to return to the studio at the Ann Arbor District Library, where they recorded pre-pandemic.

The podcast currently has 12 episodes, with six episodes per season. Each episode is around 45 minutes.

“I didn’t set out to debunk all these fun stories, but that’s kind of what happened,” Coburn said.

One such debunked story is that of a restaurant in Leelanau allegedly haunted by a previous owner. According to the legend, the owner of the Bowers Harbor Inn, now a Jolly Pumpkin, had hired a nurse to help her deal with health issues, who her husband then fell in love with. After dying in the restaurant, the owner now haunts it as revenge.

The owner actually died in Grand Rapids, Coburn said. It is also unclear if there even was a nurse or an affair at all.

Despite debunking ghost stories, both Coburn and Gray said they still believe something is happening in the “haunted” locations.

Gray said she believes “a lot,” but that she questions the motives of storytellers.

“I’ve always come at it with, ‘Something’s happening, but I don’t know what it is,’” she said.

Both women said they have experienced paranormal activity, however, something which bolsters their belief.